The action and alliteration-filled adventures of Margaret Atwood's Wandering Wenda will come to life as a new kids series for CBC-TV. 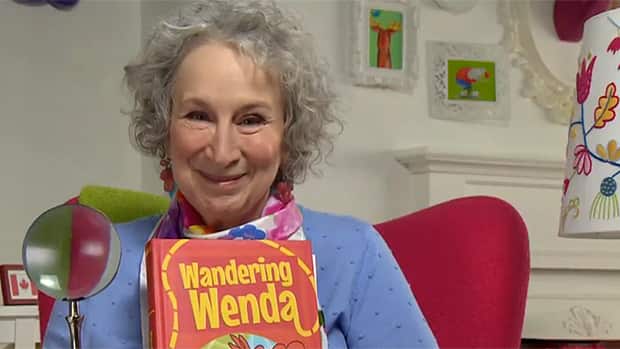 The action and alliteration-filled adventures of Margaret Atwood's Wandering Wenda will come to life as a new kids series for CBC-TV.

Each eight-minute episode will follow the titular heroine and her buddies, Wesley the woodchuck and the bookish boy Wu, as they embark on globe-trotting escapades.

"Kids think [wordplay is] funny. But also it's a very painless way of teaching the alphabet because when you've been through a show with about a hundred 'W' words you know what a 'W' is," Atwood told CBC News in a recent interview in Hamilton, Ont., where she was filming scenes for the new show's opening.

"The best thing for kids is to combine something that's fun for them with something that also allows them to absorb stuff they might need to know, like how to read."

Atwood first began creating entertainment for children back to her high school days, when she and a friend ran a business performing puppet shows for kids' parties.

"We were doing shows for five and six years olds with hand puppets and we only did the classics, which all involved cannibalism," she recalled.

The Canadian literary icon is internationally acclaimed for her poetry, novels and non-fiction – titles such as The Handmaid's Tale, Alias Grace, Oryx and Crake, The Blind Assassin, The Penelopiad and Payback: Debt and the Shadow Side of Wealth.

Over the years, however, she's also published a host of children's books, include Princess Prunella and the Purple Peanut, Rude Ramsay and the Roaring Radishes and Bashful Bob and Doleful Dorinda.

"The best teaching comes through things that people are being taught in joy, because if you're not enjoying what you are being taught, you basically have a resistance to learning it," Atwood said.

Wandering Wenda is currently in production and slated for broadcast in winter 2017.