Anthony Bourdain, the chef behind the raucous Kitchen Confidential who took foodies with him around the world in his popular TV travel shows, has died at age 61.

CNN's Parts Unknown host died while on location in France

Anthony Bourdain, the chef behind the raucous tell-all memoir Kitchen Confidential who took foodies with him around the world with his popular TV travel shows, has died at age 61.

He was found unresponsive Friday morning by friend and chef Eric Ripert, according to CNN, which airs Bourdain's acclaimed series Parts Unknown. French officials and CNN both said Bourdain took his own life.

"Anthony was my best friend. An exceptional human being, so inspiring and generous," Ripert said in a statement Friday afternoon.

"I pray he is at peace from the bottom of my heart."

Anthony was my best friend. An exceptional human being, so inspiring &amp; generous. One of the great storytellers who connected w so many. I pray he is at peace from the bottom of my heart. My love &amp; prayers are also w his family, friends and loved ones. <a href="https://t.co/LbIeZK14ia">pic.twitter.com/LbIeZK14ia</a>

Bourdain had been in the northeastern French town of Kaysersberg, in the Haut-Rhin department in Alsace, working on the upcoming season of his program.

"His love of great adventure, new friends, fine food and drink and the remarkable stories of the world made him a unique storyteller," CNN said in a statement on Friday.

"His talents never ceased to amaze us." 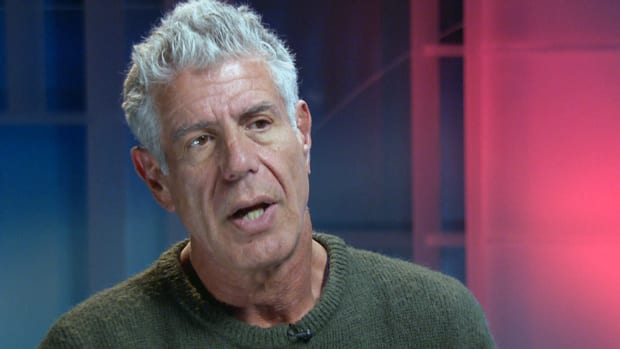 Parts Unknown, a five-time Emmy-winner, took Bourdain around the globe. At each stop, he would delve into the regional culture and sample the cuisine, typically led by local experts.

Still, he added that his job came at a personal cost to family life. Bourdain separated from his second wife (mixed martial arts fighter Ottavia Busia) in 2016 and said he missed their daughter Ariane, who is 11, while on the road.

He had recently been dating Italian actor-filmmaker Asia Argento, one of the prominent accusers of film producer Harvey Weinstein, and had become a strong defender of the #MeToo movement.

"Anthony gave all of himself in everything that he did," she wrote in a brief statement online. "He was my love, my rock, my protector. I am beyond devastated."

After chef Mario Batali and restaurateur Ken Friedman — New York colleagues Bourdain had admired — were accused of sexual misconduct, Bourdain published an essay in Medium in which he wrote that "one must pick a side."

"I stand unhesitatingly and unwaveringly with the women," he wrote.

"To the extent which my work in Kitchen Confidential celebrated or prolonged a culture that allowed the kind of grotesque behaviours we're hearing about all too frequently is something I think about daily, with real remorse."

Born in New York, but raised in Leonia, N.J., Bourdain attributed his love of food to early experiences — trying his first oyster or discovering a cold bowl of vichyssoise — on family vacations to France, from where his paternal grandparents had emigrated.

A dropout from Vassar College, he took work in kitchens and later enrolled in to the Culinary Institute of America, graduating in 1978. He rose through the ranks in New York, eventually landing as executive chef at the famed Brasserie Les Halles in 1998.

Bourdain gained wide public attention with the release of his 2000 book Kitchen Confidential: Adventures in the Culinary Underbelly, which grew out of an essay he had submitted to The New Yorker the year before.

A string of bestsellers followed, including A Cook's Tour: In Search of the Perfect Meal, The Nasty Bits, and Medium Raw: A Bloody Valentine to the World of Food and the People who Cook.

Bourdain was honest in retelling his life story, including his struggles with heroin addiction. And as he branched out into TV and documentaries — including The Food Network and Travel Channel series such as A Cook's Tour and No Reservations — he became known for his acerbic style and role as a "provocateur." 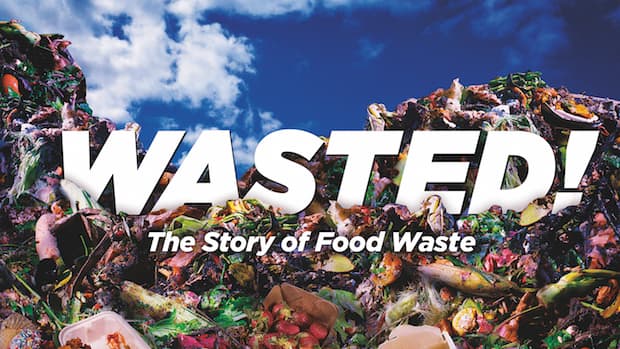 Wasted: The Story of Food Waste

3 years agoVideo
1:07:43
Anthony Bourdain, and other celebrity chefs, help solve the problem of food waste as one-third of all food grown for human consumption ends up in the garbage. 1:07:43

"Every time I drive by an Olive Garden, I'm angry," he declared on George Stroumboulopoulos Tonight in 2010. "You call that Italian food?"

On vegetarians, he told the same program: "Bad tourists, bad guests, not a lot of fun and generally flatulent."

“Low plastic stool, cheap but delicious noodles, cold Hanoi beer.” This is how I’ll remember Tony. He taught us about food — but more importantly, about its ability to bring us together. To make us a little less afraid of the unknown. We’ll miss him. <a href="https://t.co/orEXIaEMZM">pic.twitter.com/orEXIaEMZM</a>

But he took the intersection of food, culture and politics seriously, preferring to visit local markets and food stalls rather than high-end restaurants.

"Tony was approachable to anybody, would speak to everybody, he would drink with everybody," friend David McMillan, the Montreal chef and co-owner of Joe Beef, told CBC Radio's q  on Friday.

"It was a beautiful thing to see. It was very human."

In an interview with CBC's On The Money in 2016, Bourdain said he was "dismayed" at a recent tide of xenophobia and anti-migrant sentiment in the world.

He was always ready to eat something, rather than saying 'Look at this strange food belonging to this strange culture' ... It makes a huge difference in how people view foods of other cultures.- Chris Nuttall-Smith, food writer

"If you travel as long as I have and as much as I have, and you meet as many people and spend time with them, in countries that we're supposed to hate and who are supposed to hate us, when you see how mostly similar people are, particularly when sitting around a table, it makes it very, very hard [to see]," he said.

That humanizing, unifying lens was a major part of his appeal.

Instead of exoticizing global cuisine, "he just had his arms open. He was always ready to eat something, rather than saying 'Look at this strange food belonging to this strange culture' ... It makes a huge difference in how people view foods of other cultures and he was clearly so conscious of that," said Toronto food writer Chris Nuttall-Smith.

The approach inspired Bourdain's fans to be adventurous, too, he said.

Stunned and saddened by the loss of Anthony Bourdain. He brought the world into our homes and inspired so many people to explore cultures and cities through their food. Remember that help is a phone call away US:1-800-273-TALK UK: 116 123

Anthony. One of my idols. Unapologetic, passionate and one of the best storytellers on the planet. Thank you for making food so exciting. And always standing up for everything right. Horrible. Why why why. Be at peace now :(

Despite being a world-famous foodie, Bourdain continued to marvel at his success. In the latest preface for Kitchen Confidential, he wrote that he never thought his book would have appeal beyond professional kitchens.

"What I set out to do was write a book that my fellow cooks would find entertaining and true," he wrote.

True to his character, he also offered self-deprecating commentary about North America's obsession with and veneration of top chefs and restaurateurs.

RIP doubtful. Tony’s restless spirit will roam the earth in search of justice, truth and a great bowl of noodles. <a href="https://twitter.com/Bourdain?ref_src=twsrc%5Etfw">@Bourdain</a>

"The new celebrity chef culture is a remarkable and admittedly annoying phenomenon. While it's been nothing but good for business — and for me personally — many of us in the life can't help snickering about it," he wrote.

"Of all the professions, after all, few people are less suited to be suddenly thrown into the public eye than chefs."