A new TV series and a new trilogy of TV movies are both competing for fans of Anne. But will this glut of Green Gables remakes overload viewers or win over a whole new generation?

Are we facing Anne overload? With a new series and 3 TV movies, we might find out soon

Anne of Green Gables may be the most popular Canadian tale of all time — the 1908 novel about the feisty, red-haired orphan has sold more than 50 million copies, been adapted countless times and inspired a tourist industry on P.E.I.

But has our appetite for Anne Shirley reached its limit?

A new eight-hour TV series, along with a new trilogy of TV movies, may test whether audiences can't get enough Anne.

There was great excitement last year when CBC and Netflix announced a collaboration that would bring Vancouver-born Emmy-winner Moira Walley-Beckett — the writer behind some of Breaking Bad's best episodes — back to Canada.

[Anne] doesn't pretend to be anybody else.— Series star  Amybeth   McNulty

What lured her home was not another boundary-pushing, drug-fuelled drama — but adapting a book that's beloved by pre-teen girls.

"How do you go from a meth lab to Green Gables farm in 1896?" Walley-Beckett asked during a recent interview.

"This ain't your grandmother's Anne. I'm really attracted to human stories and character stories. That's what Breaking Bad was… And that's what Anne is."

"This is a cable, character drama," Walley-Beckett said, akin to shows on channels such as HBO or AMC, rather than mainstream TV networks. "Certainly the issues in the book for Anne — themes of identity, bullying, prejudice — are extremely topical right now."

Executive producer Miranda de Pencier says what makes this Anne different is the look and feel.

"We wanted a documentary level of realism… so that it doesn't feel like a period piece from another time, it feels like you're infused in that time period and living and breathing what 1890s life was in Prince Edward Island."

It's about belonging, it's about love.— Kate Macdonald Butler

"I think it's that kind of approach which is Moira [Walley-Beckett]'s approach into the story, our approach as actors into the story, the designers' approach — this set is indicative of the ambition they set for themselves."

Audiences will see for themselves when Anne premieres on Sunday, March 19 on CBC TV, and on May 12 on Netflix.

Two recent Anne of Green Gables TV movies on YTV will be followed by a third, Fire & Dew, on July 1. All three are also airing on PBS in the U.S.

The glut of adaptations speaks to its enduring appeal. "I think it touches so many people on so many levels," said Kate Macdonald Butler, the granddaughter of Anne of Green Gables author Lucy Maud Montgomery and an executive producer of the TV movies.

"It's about belonging, it's about love, growing up, so it just seems to touch people, older people too, looking back to when they may have originally read the book."

Butler does worry about reaching "peak" Anne and overloading the market, but said "it's an evergreen property and a classic."

"It just keeps going and going," she told CBC News recently. "It's such a fantastic story, such an optimistic wonderful story about a young girl becoming a young woman. We need more of those these days."

But how do younger viewers today relate to the feisty redhead when they could be watching Pretty Little Liars, Keeping Up with the Kardashians, or their favourite YouTube channel?

Ella Ballentine, 15, who plays Anne in the new TV movies, says the story helped her understand the era when her own great-grandmother grew up. It also offers a gentler viewing experience for viewers her age.

"This is the kind of film that's just simple and smooth and it's easy, and you can watch it without having any anxiety going on. It's just sweet."

Irish-Canadian actor Amybeth McNulty, also 15, plays the lead in the series. She says it's the character's spirit that provides the enduring appeal.

"There are shows today that have girls very prettified — the girl next door who is not like the girl next door, the one that's the model. And I think girls and boys like seeing a character that is like them, that is not perfect, that is just very real and very honest."

"It was a spectacular success. And the casting was perfect. I have very cherished memories of it. But it's like anything else from 30 years ago: it's time for another generation to take a shot at it," he said.

Brioux also noted, with the popularity of shows such as Downton Abbey and Murdoch Mysteries, "period dramas have really never been hotter."

"I think what's one reason why we're seeing Anne come back."

So how much more Anne do we have in store?

Butler notes there are "no firm plans" for more TV movies, but Walley-Beckett says the series producers have a five-year plan that would take Anne right through her high school years. 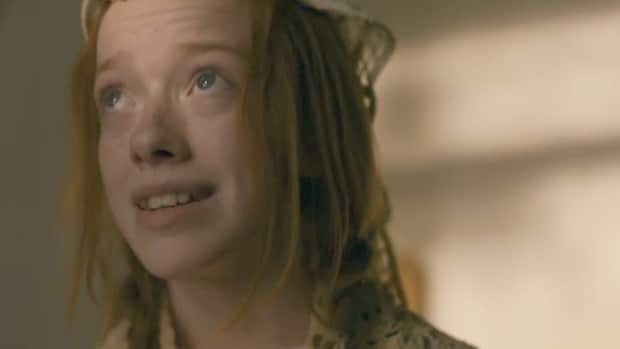