Craft artists are testing out using 3D printers for made-to-order jewelry, everything from a copy of an heirloom brooch to a pendant modelled after one's favourite fruit. 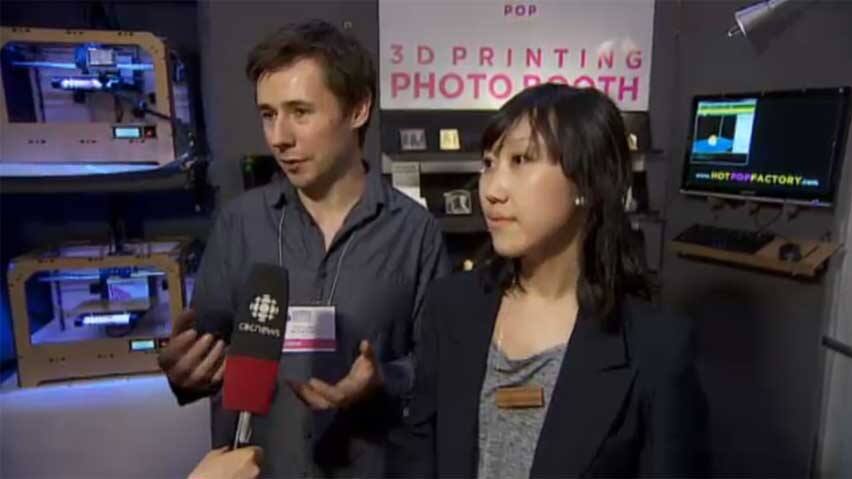 8 years agoVideo
2:05
Jelena Adzic finds out how a 3D printer can be used for unique made-to-order creations. 2:05

Craft artists are testing out using 3D printers for made-to-order jewelry, everything from a copy of an heirloom brooch to a pendant modelled after one's favourite fruit.

HotPopFactory.com, a Canadian company specializing in custom jewelry created with a 3D printer, is demonstrating the technology at the One of a Kind Show in Toronto.

It allows people to design the kind of jewelry they want, says Matt Compeau, who co-founded the company with Bi-Ying Miao.

"Instead of buying things from one source, [something] that someone else has designed, with the internet it can kind of become participatory," Compeau told CBC’s Jelena Adzic.

"People can share designs, customize the things they want, have their neighbour make it, have their friend down the street make it — if they have a 3D printer, and hopefully soon they will. And so that's kind of the interesting part: that everyone's empowered to make things now."

Many uses being explored

3D printing is a relatively new technology that is now being used to create everything from figurines to houses, guns to food items.

Compeau and Miao use their 3D printer to create jewelry out of ABS plastic, the same material in Lego bricks. It’s a thermal plastic that will adapt to any design.

"People go crazy for it," Compeau said. "It's something they've never seen before and to have it be so interactive and kind of in your face is pretty amazing."

The One of a Kind Show runs until March 31 in Toronto.