Williams was revealed as the latest recipient of the $100,000 prize at a gala hosted by singer-songwriter, actor and writer Jann Arden in Toronto on Monday night.

"You have no idea how special this is for me," Williams said as he accepted the prize, telling the story of how the very first book he bought with his own money was one by Margaret Atwood, who was in the audience.

In an interview after the ceremony, Williams said the shoutout felt like a small token of the debt he owes Atwood, having spent his childhood summers holed up with her poetry.

"How do you tell a writer that I feel like I've known you and you've been like my literary mother and you've been here for me this whole time?" Williams told The Canadian Press.

"I'm sure a lot of people feel this exact way about her, and she gives us this sense of pride as well. It's just so much she's done for this country."

A 'masterful unfolding of unexpected connections'

Williams' sprawling tale traces the ties that bind a cross-cultural chosen family in the author's hometown of Brampton, Ont.

Jury members praised Williams for his "masterful unfolding of unexpected connections and collisions between and across lives otherwise separated by race, class, gender and geography."

"There's a lot of history that goes into standing right here," Williams said immediately after the ceremony. 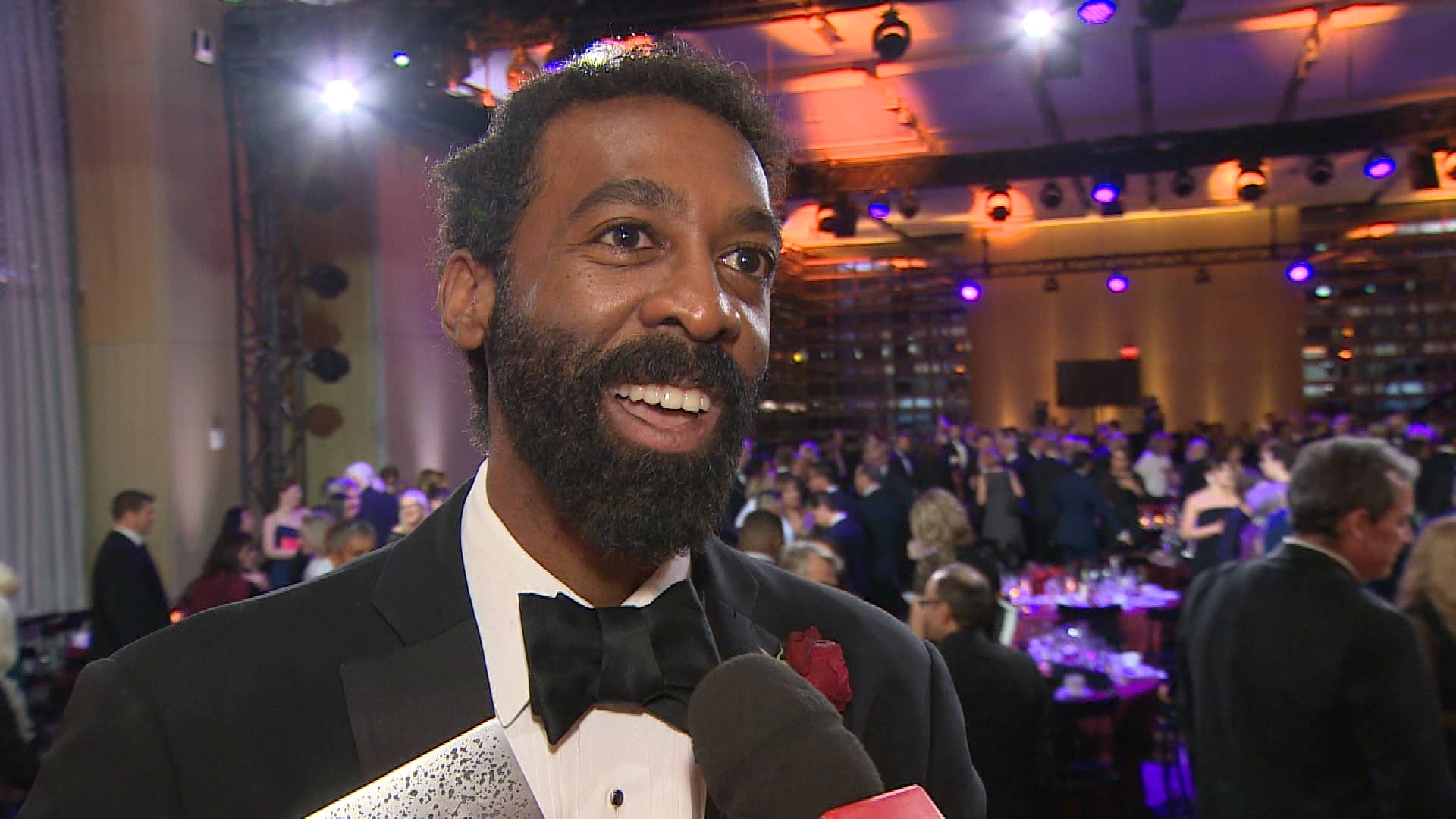 11 months ago
0:56
Scotiabank Giller prizewinner Ian Williams says the subject of his debut novel is one all of us can relate to. 0:56

Still dazed from the win, Williams said it seemed like "all my pasts are alive in this moment. "

He simultaneously felt like a six-year-old child in Trinidad, a nine-year-old boy going to school in Brampton, a university student and professor, and a 40-year-old writer being feted by some of Canada's foremost literary figures.

"I feel like I'm with the people that I care about and I feel like all of those people are right here in me," said Williams. "It's almost like when you're surrounded by family, but it's just yourself. It's just your own history."

Williams is also a Griffin Poetry Prize trustee and creative writing professor at the University of British Columbia.

Williams' short-fiction collection, Not Anyone's Anything, won the Danuta Gleed Literary Award in 2012, and he's been a rising star in poetry circles. His 2013 collection, Personals, was shortlisted for the Griffin Poetry Prize and the Robert Kroetsch Poetry Book Award.

In 1994, businessman Jack Rabinovitch established the Giller Prize in memory of his wife, literary journalist Doris Giller. After his death in 2017, his family and the Toronto Reference Library created the Jack Rabinovitch Reading Room — a space celebrating Canadian literature — in his honour.

This year's finalists were whittled down from a longer list that included past Giller winners.

André Alexis, the 2015 Giller winner for Fifteen Dogs, was a semi-finalist this year for Days by Moonlight. Atwood, who won the Giller in 1996 for Alias Grace, earned a place on the long list for The Testaments, her sequel to The Handmaid's Tale.