York Region Catholic students walked out of classes on Thursday to protest what they say is persistent, often unchecked racism in their schools.

York Region Catholic high school students walked out of classes on Thursday to protest what they say is persistent, often unchecked racism in their schools.

The strike organized by Students Speak Up YCDSB, an advocacy group founded by recent alumni of the York Catholic District School Board just north of Toronto, is the latest action taken by Canadian students in recent months to demand meaningful action from school administrators.

One of the students who took part in the protest was Selena Osunde, who has been attending classes virtually during the pandemic but let her teachers know she would not be present Thursday.

"I knew it was important to take part in because I've seen it with my own eyes at my own school," said the Grade 11 student from Vaughan, Ont.

For example, Osunde said she has experienced or witnessed "a lot of microaggressions" at her school, "whether it's a white teacher asking, 'Oh, is your hair real,' or [saying], 'Oh, I know you probably only have your mom in your household,' just assuming that my father wouldn't be here."

Calls for a reporting system

Stories like Osunde's are why the strike's organizers say there needs to be a board-wide mechanism that allows students to report race-based incidents at the Catholic school board.

They are also calling for a hiring process that will see better representation among school board staff, mandatory anti-Black and anti-Indigenous racism training, and mandatory teacher evaluation audits. 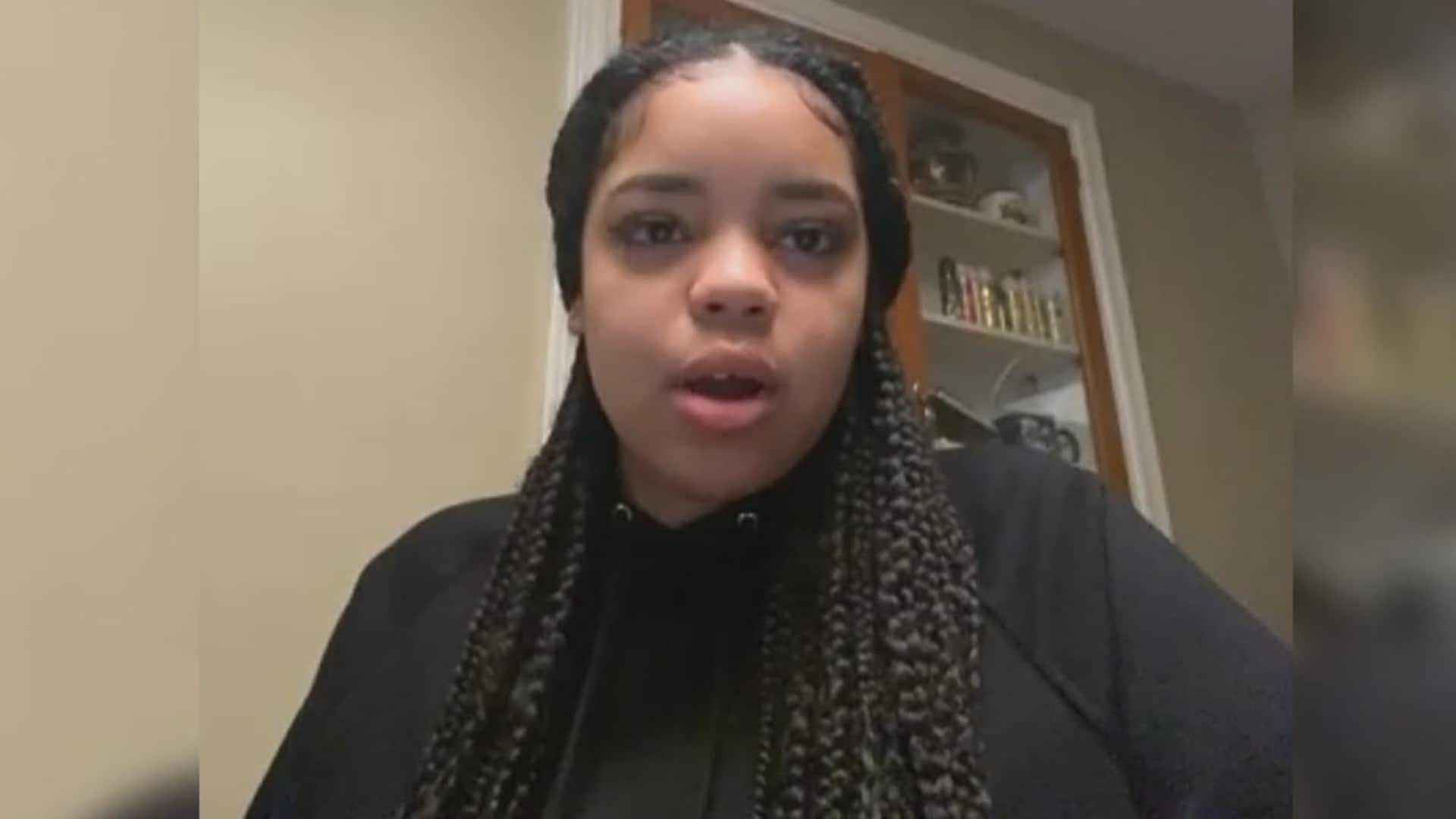 2 months agoVideo
2:02
In the latest show of activism by young Canadians, students at a Toronto-area Catholic school board took part in a one-day strike to protest what they describe as persistent, often unchecked racism in their schools. 2:02

"We need a radical change," said Malik Scott, who co-founded Students Speak Up YCDSB along with Abisola Asha and Esi Eshun this past summer to give students an online platform to speak up about their experiences.

In an interview with CBC News, Scott and Asha said it took three months for the group to get a one-hour meeting with the board. Since then, they have yet to get answers on a reporting system or accountability.

The organizers say the lack of dialogue is an extension of the way the board has handled allegations of racism brought to its attention. "They don't respond — they hide it and they bury it," Scott said.

In a written response to CBC News, the school board said it is committed to addressing anti-Black racism and "all other inequities that exist in our system," but did not specifically respond to allegations of experienced racism.

The board noted it launched a human rights, equity, diversity and inclusion advisory committee in June with nine pillars of focus, each with a steering committee with representation from staff, students, parents and community partners.

It also said it has launched surveys to measure the needs of each school, and that concerns can also be addressed confidentially to the Office of Human Rights, Equity, Diversity and Inclusion, an arm's-length oversight body.

"Through unlearning and learning, our goal is to help our school communities begin to move forward toward greater understanding, mutual support and healing," the statement said.

Demonstrations for equality within schools have risen alongside Black Lives Matter protests that spread around North America following the police killing of George Floyd in Minneapolis earlier this year. But now, it's not the adults but the students themselves who are leading the charge.

In Calgary, hundreds of students organized protests with the help of Marion Ashton of the Sankofa Art and Music Foundation. They walked out of high schools across the city last month after two recordings began circulating online of staff from the Catholic school district using the N-word.

And across Canada, various Instagram accounts like Students Speak Up's have appeared this year in which students can post allegations of racism in schools anonymously, including Stolen by Smith, Untold Concordia and Black at UBC.

Asha said many Black people face gaslighting about their experiences, which is why it is important that such platforms exist.

"The fact that they have a page to speak up or to message someone privately and say that you know what, you had an experience with this teacher, I also had that experience with that teacher — there's power in that; that's mobilization," she said.

Carl James, a professor in the faculty of education at York University, says Floyd's death and the subsequent protests in the U.S. and around the world have highlighted to students the role they can play in driving change.

James also said the pandemic contributed to this heightened awareness.

"Too often education has been a lot about what we imagine the students need to know," James said. "COVID has exacerbated the inequities in the system and exposed some of the issues that very, very much we have not been paying enough attention to."

Now, he said, "the students are responding and using this opportunity to tell us, 'Imagine education differently, and let education be centred around our needs, our interests, our aspirations, our expectations, and work accordingly.'"

With files by Deana Sumanac-Johnson and Jessica Wong