Health officials across the country are asking Canadians to continue following COVID-19 safety measures and protocols as the number of confirmed cases continue to rise in various provinces on Friday.

Health officials across the country are asking Canadians to continue following COVID-19 safety measures and protocols as the number of confirmed cases continue to rise in various provinces on Friday.

Many provinces are taking different approaches to flatten the curve once again, and premiers are continually faced with tough choices as they decide whether restrictions should be imposed again.

In Ontario, an additional 826 cases and nine more deaths were recorded, as Premier Doug Ford hinted more regions could be headed for a modified Stage 2 next week.

During his daily news conference, Ford called the situation in the Halton region "concerning" and suggested it and potentially Durham Region could join Toronto, Ottawa, Peel and York regions in a modified Stage 2 in the coming days. 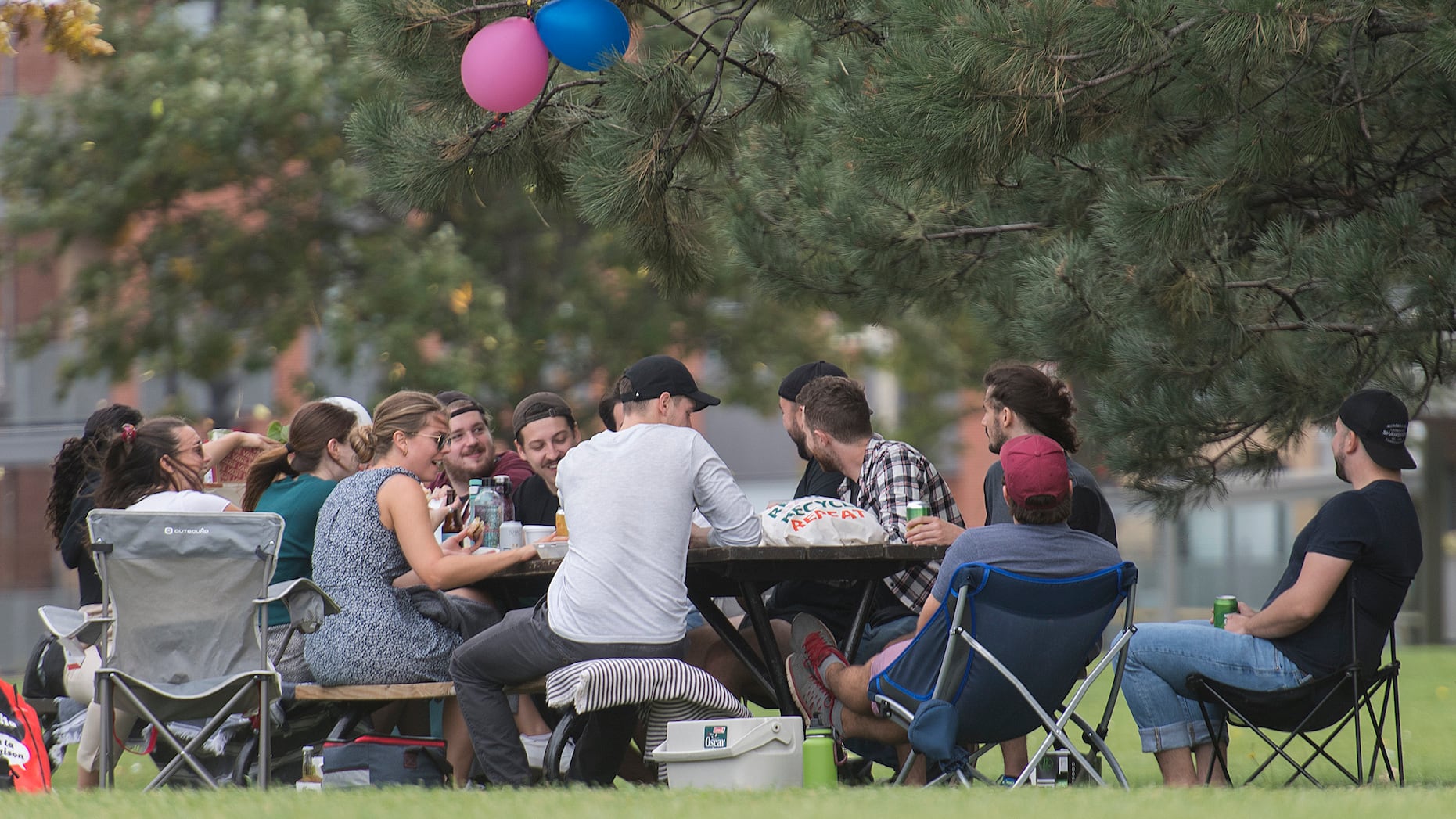 Gatherings need to be reduced even more, says expert

The news comes as Sunnybrook Hospital in Toronto joined a growing list of hospitals that have declared COVID-19 outbreaks.

Sunnybrook spokesperson Craig DuHamel said five cases have been identified in a surgical unit. Three were discovered through "regular surveillance," which led to broader testing and the discovery of two more.

In Alberta, 50 inmates and five staff members at the Calgary Correctional Centre have tested positive, according to a statement from Alberta Health Services.

All inmates and staff are being tested and isolation and monitoring of the positive cases are underway. Contact tracing for anyone potentially exposed to these individuals is ongoing.

While the premier and the province's top doctor have called the numbers concerning, the government reiterated Thursday it has no plans to bring in new restrictions.

"I believe we can continue to protect the health-care system without widespread disruption and lockdowns that have massive broader consequences," Premier Jason Kenney said Thursday.

A Manitoba man in his 80s linked to the coronavirus outbreak at Winnipeg's Parkview Place personal care home has died, the province said Friday, bringing the province's coronavirus-linked death toll to 48.

Since the Parkview Place outbreak began, 108 people linked to the privately owned facility — 82 residents and 26 staff — have contracted the illness, a provincial spokesperson said on Friday; 15 residents have died in what has become the deadliest COVID-19 outbreak in Manitoba.

Manitoba has announced new rules for northern Manitoba and schools in both the Winnipeg area and the north. Those measures will take effect on Monday.

As of 7:11 p.m. ET on Friday, Canada had 211,732 confirmed or presumptive coronavirus cases. Provinces and territories listed 177,879 of those as recovered or resolved. A CBC News tally of deaths based on provincial reports, regional health information and CBC's reporting rose to 9,888.

Ottawa is spending $176 million to help Medicago develop the vaccine, which is being developed in partnership with British drug company GlaxoSmithKline, and to build a large plant in Quebec to produce it.

So far, Canada has secured 358 million doses of COVID-19 vaccine through contracts with pharmaceutical giants, including AstraZeneca, Moderna and Pfizer — an insurance policy if some of the vaccines in development prove to be ineffective in clinical trials.

Nova Scotia reported new no cases of COVID-19 on Friday, a day after the province warned residents against unnecessary travel to the Campbellton-Restigouche area of New Brunswick due to a COVID-19 outbreak.

The recommendation came after New Brunswick announced new restrictions for the Campbellton region, almost two weeks after it was pushed back to the orange phase of recovery. While Zone 5 will remain in the orange stage, people will be limited to interacting with a single household bubble, N.B. Chief Medical Officer of Health Dr. Jennifer Russell said.

New Brunswick announced two new COVID-19 cases and eight recoveries on Friday. That brings the total number of cases the province has recorded to 324, with four deaths.

Newfoundland and Labrador announced no new cases of COVID-19 on Friday. The province has recorded a total of 288 cases and four deaths.

Quebec on Friday reported 905 new COVID-19 cases and 12 deaths, four of which were in the past 24 hours.

There are 540 people in hospital including 99 in intensive care. In its latest projections, the province's national health institute said hospitals will not reach full capacity in the next four weeks due to the rate of transmission having stabilized in recent days.

Premier François Legault has said it's likely the province will have to maintain many public health restrictions currently in place in red zones past Oct. 28, including keeping restaurants and bars closed.

According to Johns Hopkins University in Baltimore, Md., the global total of confirmed coronavirus cases stands at more than 42 million. More than 1.1 million people have died, while more than 28.4 million have recovered.

Top scientists at the World Health Organization (WHO) are recommending officials review and consider all evidence of the antiviral drug remdesivir's effectiveness against COVID-19, including a trial where it failed. WHO's Soumya Swaminathan said U.S. regulators appeared to not have done so when approving the drug this week.

That decision came a week after the release of the results from a WHO trial that concluded remdesivir has little or no impact on a patient's chances of surviving COVID-19.

WATCH | Remdesivir does little to help COVID-19 patients, WHO says: 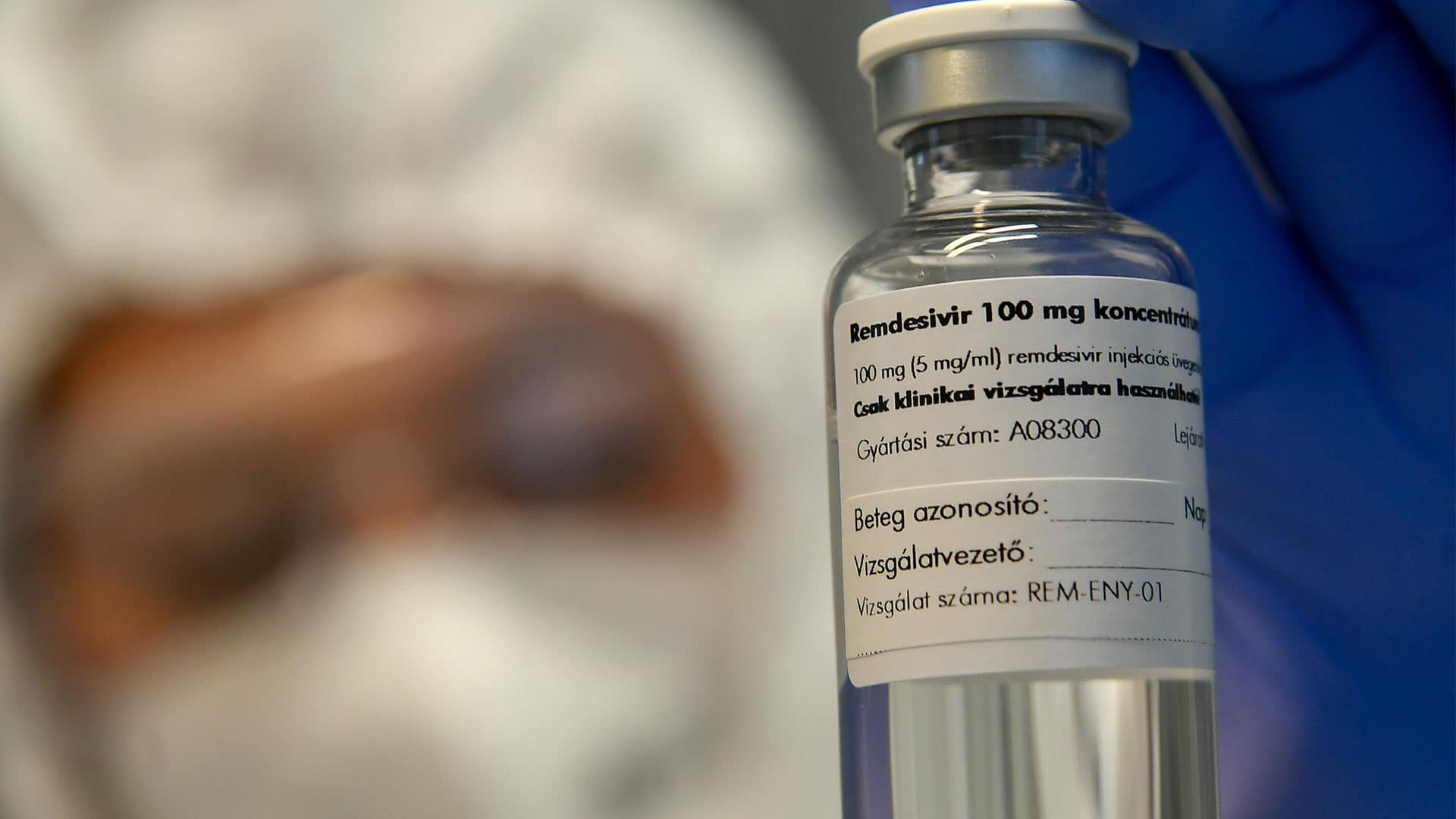 Remdesivir does little to help COVID-19 patients: WHO study

3 months agoVideo
2:04
A clinical trial by the World Health Organization finds that antiviral medication remdesivir has little or no effect on length of hospital stay or mortality in COVID-19 patients. Dr. Srinivas Murthy weighs in on what this could mean for treating the virus going forward. 2:04

The 66-year-old took a test on Thursday ahead of her planned attendance at a conference with provincial governors, according to a statement from her office.

"The Vice-President has no symptoms and is in good health, carrying out the corresponding isolation," the statement said, adding contact tracing would be conducted.

Ramirez appeared on President Ivan Duque's nightly television broadcast on Monday. Duque was also tested for the coronavirus on Thursday and his office said his results were negative.

Meanwhile in Russia, the daily tally of new coronavirus cases has hit a record 17,340, including 5,478 in Moscow, taking the national tally to 1,480,646 since the pandemic began.

On Friday, the Russian capital's health-care department said COVID-19 was the main cause of death for 543 people in Moscow last month, up 21 per cent from August.

3 months agoVideo
2:11
The rapid rise of COVID-19 cases has hit Russia hard and its underfunded health-care system is showing the strain even though authorities had made a big deal about fighting the virus with high-tech surveillance measures and heavy enforcement. 2:11

Moscow, the city worst hit by the pandemic in Russia, recorded 11,159 deaths in September, 1,702 more than the average of the previous three years.

In the United States, the number of new COVID-19 cases reported on Thursday — 76,195 — was the second highest on record.

As cooler weather descends on much of the country, and as cases, hospitalizations and deaths accelerate, the country has been approaching its one-day record high of 77,299 new cases, set on July 16, according to a Reuters analysis.

U.S. Health Secretary Alex Azar attributed the increase in cases to the behaviour of individuals, saying household gatherings have become a "major vector of disease spread." 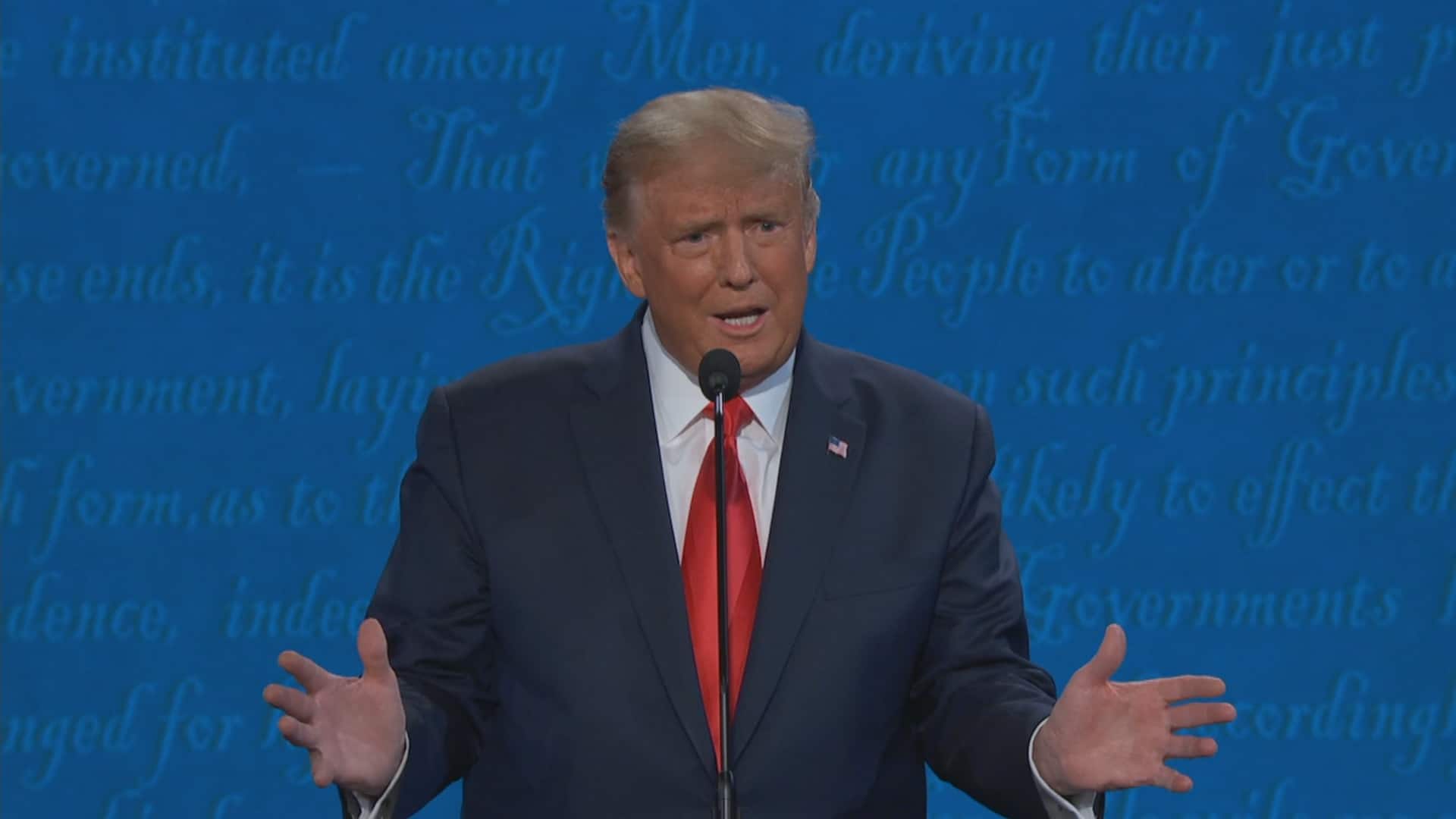 3 months agoVideo
1:00
The president lamented that the city became a 'ghost town' amid the pandemic, while the Democratic candidate praised its response in flattening the curve. 1:00

In Europe, the Netherlands began transferring COVID-19 patients to Germany again on Friday, as hospitals come under increasing strain from a second wave of infections.

During the first wave in March and April, dozens of Dutch patients were transferred to Germany, where intensive care capacity is significantly larger.

France said its coronavirus infections jumped to more than one million on Friday. Over the past 24 hours, the country registered 298 new deaths, compared to 162 on Thursday.

The number of new coronavirus infections in Romania also rose by a daily record, with 5,028 cases added in the past 24 hours, the government said on Friday, as new restrictions were introduced in Bucharest and other cities.

In Asia, South Korea on Friday reported 155 new confirmed cases of the coronavirus, its highest daily jump in more than 40 days. Officials say most of the new cases were local transmissions and primarily in the Seoul region, where hundreds of infections have been tied to a handful of hospitals and nursing homes.

Iran's Health Ministry on Friday reported a record 6,134 new coronavirus cases for the previous 24 hours, bringing the national tally to 556,891 in the Middle East's hardest-hit country. A spokesperson said 335 people had died from the disease in the past 24 hours, bringing total fatalities to 31,985.

According to the country's senior official, Iran is planning on new restrictions, including state employees working every other day in the capital Tehran.

"One decision by the Tehran Coronavirus Taskforce is for staff at state bodies to be cut by 50 per cent next week, and coming to work every other day," task force head Alireza Zali told state news agency IRNA.

He said authorities were also looking into having various job categories start work at different times to ease crowding and traffic.

The restrictions are expected to last for about a month in Tehran, where the coronavirus spread has been particularly alarming, Zali said.

In Africa, Ethiopia's attorney general's office has announced people can be jailed for up to two years if they deliberately violate COVID-19 restrictions, amid concern that citizens are becoming lax after a state of emergency was lifted.

Countries on the continent have reported a total of more than 1.6 million confirmed COVID-19 cases, according to the WHO Regional Office for Africa. There have been more than 40,000 deaths, for a case fatality ratio of 2.4 per cent, and 1.3 million recoveries so far.