A prestigious Canadian literary prize has changed its definition of who counts as an emerging writer following the efforts of a Windsor author and editor.

A prestigious Canadian literary prize has changed its definition of who counts as an emerging writer after a Windsor author spearheaded efforts to challenge an age cap.

Jade Wallace said that young and emerging are not synonymous, and the implication that older writers don't need support is "non-sensical."

"If they don't have a network, if they're not familiar with the community, if they haven't had a book published, it doesn't really matter what age you are."

Yesterday I sent a personal email to <a href="https://twitter.com/writerstrust?ref_src=twsrc%5Etfw">@writerstrust</a> about the Bronwen Wallace Award, sponsored by <a href="https://twitter.com/RBC?ref_src=twsrc%5Etfw">@RBC</a>, with ethical concerns about the age cap eligibility criterion (i.e. only writers under 35 years of age need apply). I have to commend their prompt response. However...<br><br>1/12

The Writers' Trust of Canada's annual RBC Bronwen Wallace Award for Emerging Writers is a $10,000 prize for poetry and short stories by writers who have not yet been published in book form.

(Wallace, a writer and editor who is doing a masters' degree in creative writing at the University of Windsor, is no relation to the late Bronwen Wallace, the author for whom the award is named). 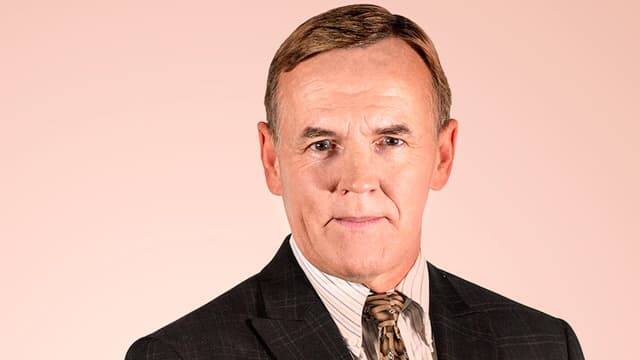 Windsor Morning8:41Writers Award Age
A fledgling writer from Windsor has sparked a rule change in one of Canada's major literary awards. Tony Doucette speaks with Jade Wallace about the Bronwen Wallace Award for Emerging Writers, and just what it means to be 'emerging' in the literary scene. 8:41

Previously, the prize was awarded to those under 35. According to Wallace, it's a career-making award and a virtual guarantee of a book deal.

Their letter pointed out that some writers are more likely to get their start later due to life circumstances or barriers related to their background.

"Writers from families with low incomes often have to work more, or spend extra time caring for themselves or loved ones. People from BIPOC, 2SLGBTQIA+, disability, immigrant, and other marginalized communities, and/or women, are disproportionately likely to have lower incomes and to experience socioeconomic and other barriers to participating fully in the literary community," the letter stated.

The letter netted about 160 signatures from the literary community, including former prize judges, winners and the founder of the award. Less than two weeks later, the Writers' Trust announced it would change the criteria.

"They actually changed the rule before I even had to send a letter," Wallace said, adding that they were surprised to see change occur so quickly.

The Writers' Trust has acknowledged that the open letter "absolutely helped" change the rule.

In an email to CBC News, the organization said programs "need to evolve to reflect the changing circumstances and needs of the writing community."

"We have received important feedback about how some writers are simply unable to begin their writing careers before the age of 35. We recognize that an age restriction is unfair, particularly to marginalized writers, and especially those from LGBTQ2IS and BIPOC communities," it stated.

"The age restriction was an ongoing issue, and we'd had feedback about it from the literary community for a few years and held discussions internally and with program partners. Jade Wallace's open letter absolutely helped push this along."

The submission deadline for the 2021 RBC Bronwen Wallace Award for Emerging Writers is Feb. 22. Two $10,000 prizes are being awarded and finalists will receive $2,500.