A former Ontario nurse charged with first-degree murder involving eight seniors in two long-term-care homes is now accused of attempting to kill others in her care. 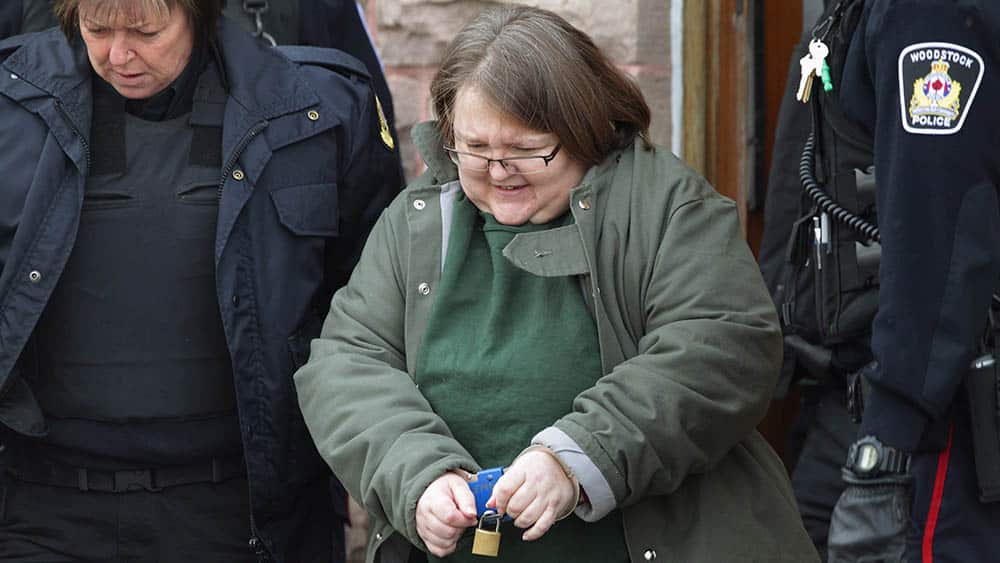 A former Ontario nurse charged with first-degree murder involving eight seniors in two long-term-care homes is now accused of attempting to kill others in her care.

Wettlaufer was charged in October with eight counts of murder, involving residents at nursing homes in the Ontario cities of Woodstock and London.

News of the additional charges came about an hour before Wettlaufer appeared briefly in a packed courtroom in Woodstock, where family members of those she is accused of killing saw her in person for the first time.

'I can't say anything to this individual'

Susan Horvath, the daughter of one of the alleged victims, was emotional outside the courthouse.

Laura Jackson, a friend of one of the alleged victims, was one of several people to speak outside the courthouse.

The latest charges relate to incidents that allegedly occurred between June 2007 and August 2016 in three locations, including the Caressant Care nursing home in Woodstock where Wettlaufer spent years working as a nurse.

"This is something that happened systematically over a 10-year period in at least two nursing homes," Laura Jackson said. "Something needs to be done. Somewhere along the lines of screening, hiring practices, psychological interviews — something."

Wettlaufer, who has been in custody at the Vanier Institute for Women in Milton, Ont., since late October, looked out silently at the public benches where friends and family of some of her alleged victims sat. Her case was put over to Feb. 15 after a Crown attorney updated the court on the new charges.

She is also charged with the attempted murder of Sandra Towler, 77, a resident of Telfer Place in Brant County, Ont., in September 2015, and Beverly Bertram, 68, at a private home in Oxford County in August 2016.

Police said four of the seniors named in the new allegations — all the Caressant Care residents — have since died, but their deaths have not been attributed to Wettlaufer.

Records from the College of Nurses of Ontario show Wettlaufer was first registered as a nurse in August 1995 but resigned Sept. 30, 2016, and is no longer a registered nurse.

OPP did not provide details on the alleged incidents, saying the investigation is ongoing.

"It's a very intense investigation and obviously there's still a lot more questions than answers but it's an ongoing investigation," said Sgt. David Rektor. "We'll just follow the evidence and take it to where it leads us."

The people Wettlaufer is charged with killing include:

Anyone who might have information on the Wettlaufer case is being encouraged to contact police, said Rektor.

With filed from CBC News