Being a superhero isn't as hard as it seems, at least not for Windsor's Mark Sewell, also known as Canadian Justice, who says it mostly requires kindness.

Mark Sewell has been a superhero for several years

Being a superhero isn't as hard as it seems, at least not for Windsor's Mark Sewell, also known as Canadian Justice, who says it mostly requires kindness.

Sewell and his brother Matthew, known as Urban Knight, first became superheros by joining the Trillium Guards of Ontario, a volunteer group that dresses up to hand out care packages to people experiencing homelessness.

Sewell said they dress up in order to draw attention to the people being helped.

"When people see someone just helping the homeless but they're dressed in their normal clothes, they blend into the background, people continue to ignore the issue. Whereas when you have a bunch of people all with crazy outfits ... people look and if they look, then they tend to see what's going on," he said.

Typically, Sewell said they'll hand out food, socks and hygiene products with a group of people around Toronto. But on Saturday they'll be helping out those in Windsor.

WATCH: Mark Sewell talks about what it's like to be a superhero 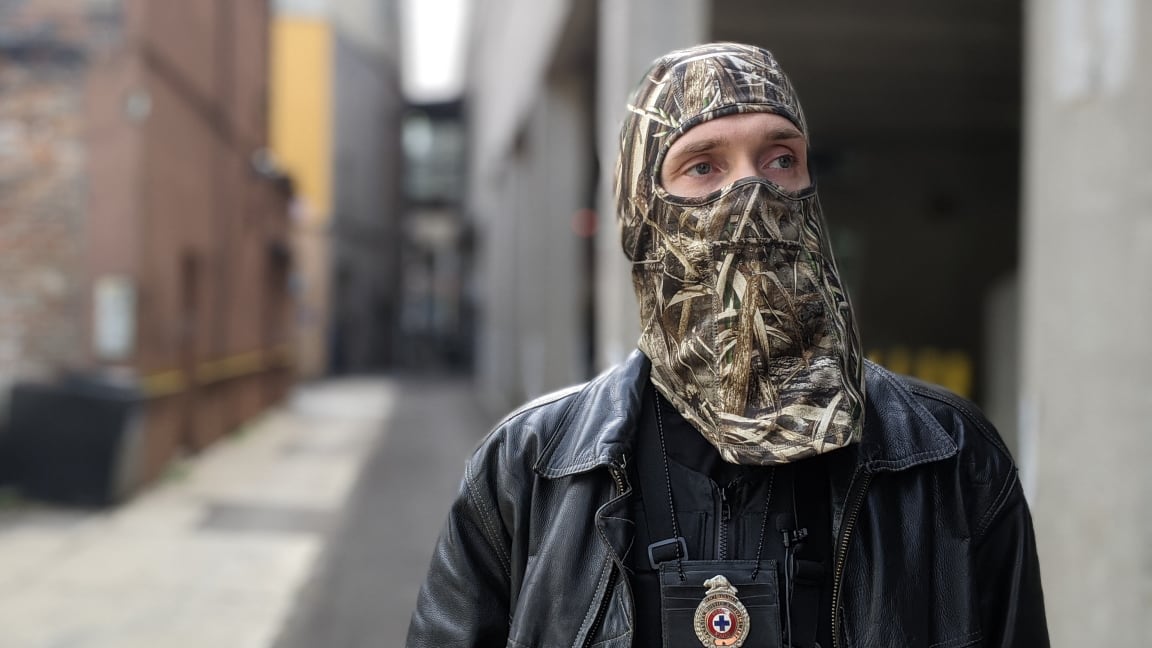 Real-life superhero dons mask and outfit to help the homeless

5 months ago
2:13
'Canadian Justice' — Mike Sewell's alter ego — is part of a group called the Trillium Guards of Ontario, who dress as real-life superheroes to do their volunteer work, in order to draw attention to the plight of the people they're helping. 2:13

Yet, Sewell said it's about more than just giving out supplies, its about donating his time.

"Last year ... I brought [people] some bagels. They're eating their bagel [and] I'm talking to them. They're having a coffee. It's just moments like that, you know, just those human connections. Those have been really the most memorable times."

The Trillium Guards of Ontario and other similar helpers are the subject of Toronto journalist Peter Nowak's new book The Rise of Real-Life Superheroes: and the Fall of Everything Else.

He told CBC News that these real-life superheroes are more common than people think.

"Some of them ... this is a personal almost sort of therapy or effort at transformation," Nowak said. "Again superheroes are these sort of symbols of virtue in our culture so a lot of these people create this superhero persona that they want to live up to."

For Sewell it's all about helping those in need and keeping a watchful eye to ensure his community is staying safe. He said he just wants to see others spreading kindness.

"If everyone does just the tiniest little bit, imagine seven billion people all doing that one little thing they can do, how awesome this place would be," he said.

With files from Padraig Moran