Have you ever wondered why some of Windsor’s landmarks have French names? A local tour company wants to help you find out. 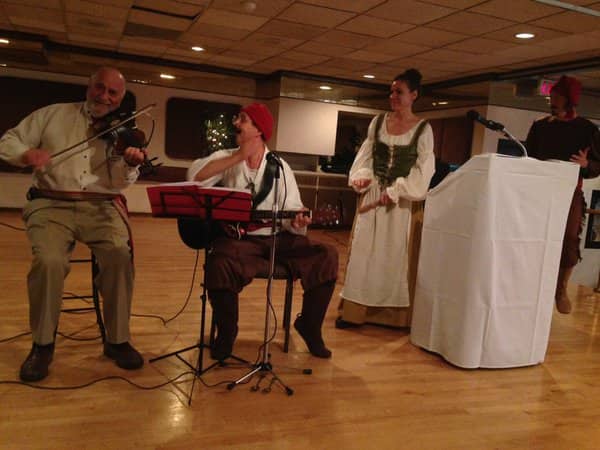 5 years ago
0:27
A new tour showcasing Windsor's French history started today. Watch some of the song and dance from the tour. 0:27

Have you ever wondered why some of Windsor's landmarks have French names? A local tour company wants to help you find out.

Mark Baker, the producer behind the Rum Runners bus tour is launching a sequel, The French Connection, dedicated to Windsor and Essex County's French roots.

"There are so many stories to tell," Baker said in an interview with CBC News. "People don't think we have history in the area, but there are so many different stories. It really comes down to 'What story should I tell,' and the French story really struck with me."

"We're trying to bring more attention to the local history in this area," Baker said.

Windsor was originally an offshoot of the French settlement in what is now Detroit. Windsor's original name was 'Petite Côte,' or 'Small Coast,' while Detroit was known as 'Grand Côte' or 'Big Coast'.

"It goes back in history to Cadillac and Fort Ponchartrain and the settlement in Detroit," said Denise Romain, an actor portraying a French settler in the production.

"Even the original church, St. Anne in Detroit, that's where people who established the settlement here went to church. Then it became a big hassle and as the population grew they started seeing the need for a church," Romain said.

That church later became Our Lady of the Assumption parish, located in Windsor's west end.

About 300 families founded the French settlement in Windsor.

A monument to those families sits near Windsor's city hall. The names — Drouillard, Ouellette, Campeau — would be familiar to longtime residents of Windsor and Essex County.

"I think most people in Windsor don't know as much as they should [about local French history]," said Guillaume Teasdale, an associate history professor at the University of Windsor.

"A very large portion of the population has a French background," Teasdale said. "We look at streets, names like Ouellette, but the people themselves, I know so many people that have a French last name."

Teasdale is in the process of writing a book on the history of the people living in Southeast Michigan and settlements in Essex County.

He said an interactive tour may encourage people to see and understand more about the region's heritage.

There will be one more public tour date on November 5 before the production closes for the winter. It will kick off again in April.