Windsor Police say they will be monitoring compliance with the Ontario-wide stay-home order that took effect at midnight.

Racialized community members concerned that some groups will be more targeted

Windsor police say they will be monitoring compliance with the newly imposed provincial emergency order, but some community members are concerned that the "ambiguous" rules will mean racialized residents are targeted.

Under the updated rules, officers can order people attending gatherings to go home, close any building where they believe an illegal event is taking place, and ask for the name and address of anyone they think is committing an offence under the emergency legislation.

Charges can be laid through a ticket or summons to appear in court. The minimum fine for violating provincial gathering rules is $750.

But UWindsor law student Josh Lamers says the biggest red flag for him with is that police are the ones who will be primarily enforcing the new order.  City bylaw officers can also enforce the new rules.

"I think we kind of have to have a comprehensive and wholistic memory with respect to policing and police and this issue of enforcement," he said. "When police are kind of given this role to enforce what is ambiguous ... who that lands on the most is those who are already over-surveilled."

Lamers said this includes racialized communities, such those who are Black or Indigenous, along with people who identify as queer and transgender or those experiencing homelessness.

CBC News reached out to Windsor police for an interview, but corporate communications Const. Tayla Natyshak said officers were unavailable and referenced the statement that police had released.

The statement from police said community safety is the top priority for the service, and officers will "strike a measured balance between enforcement and overall safety."

"As part of a collaborative public health and provincial wide safety strategy, Windsor Police Service officers will continue to be monitoring compliance and will support this strategy, and any orders, with enforcement actions as necessary under the legislation."

Fourth year psychology student at UWindsor Fardovza Kusow, who is also an advocate for the Black community, agrees with Lamers in that the current enforcement is "quite concerning."

"It's a little dangerous and reckless to give police officers the power of determining whether or not someone's reasoning to leave their house is legitimate especially considering that we're in the middle of a pandemic," Kusow said.

She added that because Black people and those of racialized communities are disproportionately impacted by COVID-19, they might be the ones targeted.

In a message to CBC News, Lamers said that he suggests Black, Indigenous and other racialized people create a group chat with their neighbours or others that they trust.

Hear more from Kusow and Lamers by tapping the player below: 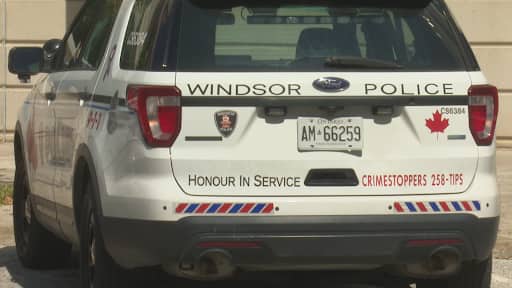 3 days agoVideo
0:46
Advocates Fardovza Kusow and Josh Lamers give their reaction to new lockdown enforcement guidelines given to police. 0:46

In the case that they then have to go out, they can message the group and let trusted sources know where they will be and when they will be back.

"That way folks in their community know when to check in on them just in case a police interaction escalated, and so if someone has an interaction with police they can let folks know what happened," Lamers message reads.

The statement did not provide details on what kind of police resources would be dedicated to enforcement.

A second state of emergency over surging COVID-19 cases was declared by the Ontario government on Tuesday.

The government announced that the limit on in-person gatherings has been reduced to five people, with some exceptions, and non-essential retail stores can't stay open past 8 p.m.

A new stay-at-home order that took effect overnight Thursday means that people are only permitted to leave their homes for essential reasons such as buying groceries, picking up prescriptions or daily exercise.

There are many other exceptions, including an exemption for people experiencing homelessness.

Schools in COVID-19 hotspots including Windsor-Essex will remain shut down into next month, with students expected to return to the classroom on Feb. 10.