Windsor's police chief says her officers do get trained about unconscious bias and diversity, and that the force has been actively trying to ensure officers represent the community they serve.

Windsor's police chief says her officers do get trained about unconscious bias and diversity, and that the force has been actively trying to ensure officers represent the community they serve.

Pam Mizuno was promoted to the top job last fall, months before the killing of George Floyd in Minneapolis put the relationship between police and the Black community under the microscope.

She says the Windsor Police Service (WPS) needs to look at what role it has played in perpetuating racism and discrimination, just like everyone else.

"I think it's up to all of us in the community to look at the role that we've played in perpetuating unacceptable racism and discrimination in all forms and we need to look in the mirror and ask ourselves how we can do better to address these issues."

About 4.4 per cent of Windsor police officers were Black in 2018, said Mizuno, which is an increase from 2.7 per cent in 2012. The force has taken some initiatives to improve that number, including actively recruiting officers of a diverse background.

"So we have made improvements but of course we have a long way to go," said Mizuno.  "We actively try and recruit from diverse areas of our community, but it's always a challenge — recruiting police officers is a challenge in any event whether we're looking for diverse members or not."

Mizuno said there are fewer applications to join the force now, so WPS has lowered the cost of applying so that it's more accessible for people. The force has also done more community outreach since 2012, implementing roles dedicated toward inclusively, like a recruitment and diversity officer and more recently a peace constable and a diversity, equity and inclusion coordinator.

Diversity and recruitment officer Neil McEachrane said the force has been getting more diverse with each hire, though it has been a slow process.

He said when they ask new Black recruits what attracted them to the service, they say that they saw someone who looked like them doing the job. McEachrane added that going out into the community and connecting with members has made it easier to educate people about Windsor's police team.

"A lot of times people just have no interest and sometimes it could be just as simple as not knowing someone who is a police officer that looks like them," McEachrane said. "We found that as we go out into the community and do more outreach and talk to the community and let them know more about what policing is all about, I think there's a bit more buy-in."

As for calls to defund police — or redirect tax dollars away from police services toward social services — Mizuno says this:

Windsor Mayor Drew Dilkens said having police attend mental health calls is for the protection of the person in crisis, as the circumstance "could turn very quickly" and require someone trained in self-defense tactics.

He said he's willing to have a conversation about funding mental health support, but said removing funding from the police to accomplish that is a very "dangerous thing to do" and would cut back services.

Dilkens added that taking away money from police could end up removing resources from investigations into domestic violence or sexual assaults.

"We just have to find what the right mix would be, but to suggest in order to do this, you'd have to defund the police, I don't think that's a conversation that makes a lot of sense to me." 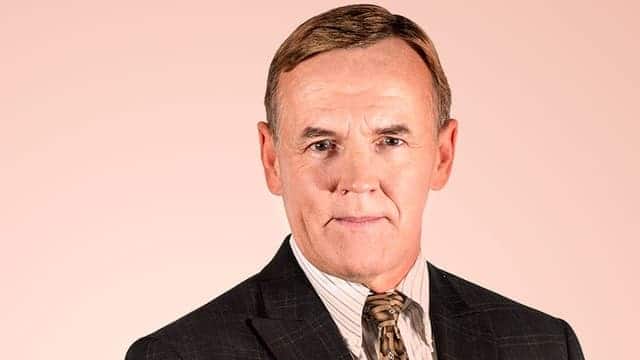 But Mizuno says those numbers do not mean the city is being over policed.

"I think that when you're looking at Windsor in comparison to other cities — Windsor is mostly urban. Some of the regional police forces and other cities are dealing with rural areas and we don't have that," she said. "Our number of police officers does reflect the number of officers that are required to police a city of this size.

Mizuno said there is behind the scenes work that officers are needed for including follow-ups and responding to unique types of calls that require the number of officers the force currently has.

Though police funding is decided by city council at budget time, Mizuno could still appeal that decision to a provincial body, which would make the final decision.