Windsor West MPP Lisa Gretzky has taken on the case of Abdullah Yar Khan and thousands of other young adults with disabilities to Queen's Park.

The 16-year-old Windsor teen with severe autism, can't speak and had been barred from school for striking an educational assistant, according to his mother Shabana Shahab.

Shahab has been caring for her son, who requires support around the clock, without any assistance and told CBC both she and her child need help.

On Tuesday Gretzky, the NDP critic for community and social services, challenged the provincial government about services for developmentally disabled adults.

"What's needed is help for Abdullah and his parents," she said. "Thousands of desperate parents of aging children, fast becoming adults with developmental disabilities, need supportive housing and programs." 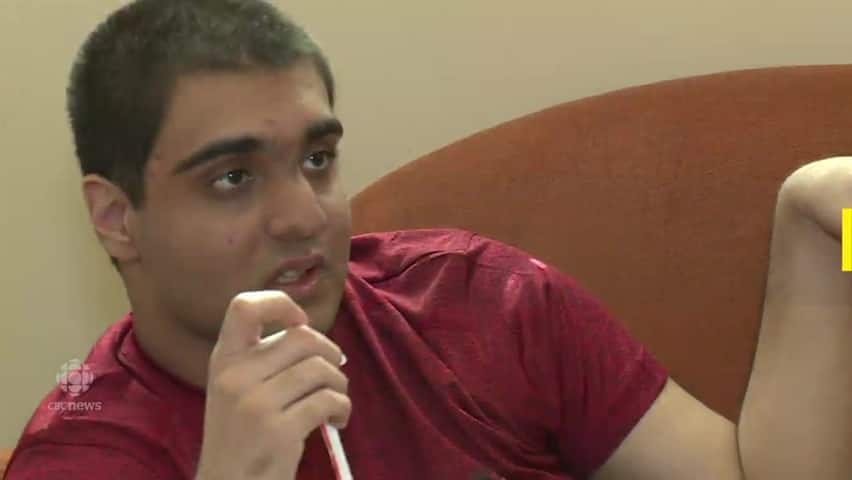 3 years ago
0:59
A Windsor, Ont. mother is desperate to find help to take care of her autistic son who has been excluded from school. 0:59

Minister of Children and Youth Services Michael Coteau responded to her questions by referencing the upcoming Ontario autism program, which he said would create 16,000 new spots for people with the disorder and reduce wait times to six months or less.

Helena Jaczek, Minister of Community and Social Services, also weighed in, pointing to millions of dollars she said the Liberals have put aside for better access to services.

But Gretzky said the government hasn't dealt with the real issues faced by those with autism and other developmental disabilities so families like that of Abdullah are still suffering.

"They have needed help desperately from this government for years," she said. "They are still waiting."

Gretzky is also planning a rally for developmental services outside Queen's Park on Wednesday at 12:15 p.m.