Windsor Mayor Drew Dilkens recalls watching the Batman series starring Adam West when he was a boy. But he may never have guessed he'd be riding in Bruce Wayne's car one day. 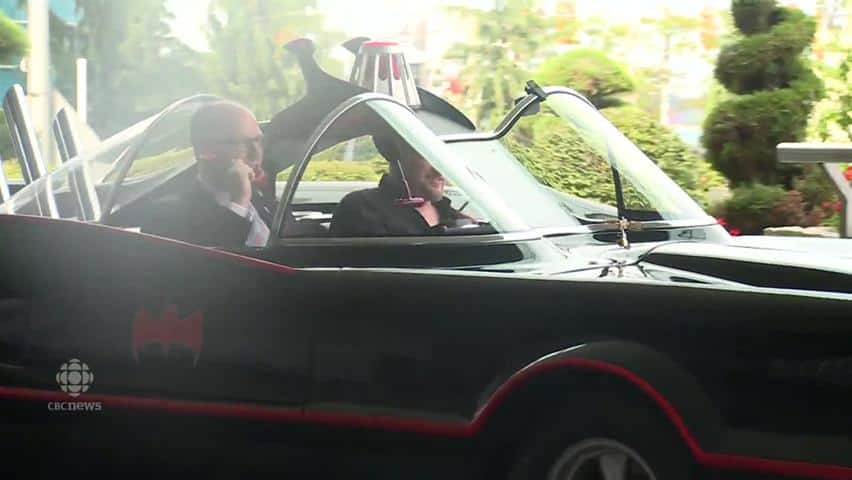 Mayor Dilkens in the batmobile?

5 years agoVideo
1:03
Windsor ComiCon rolled into the city with a special guest. 1:03

Drew Dilkens may be the mayor of Windsor, but he's riding around in a car owned by a famous Gotham City resident.

The mayor was in the passenger seat of the 1960s-era Batmobile on Friday, as part of  the launch of the Windsor ComiCon, taking place at Caesars Windsor this weekend.

He crashed a news conference in style, rolling up in Batman's car, as a rendition of the old theme song played from the show that starred Adam West.

"That was pretty darn exciting," Dilkens said moments afterward. "I remember growing up as a young lad and watching that car."

The mayor said he told his children last night that he'd be taking a ride in the Batmobile. But Dilkens said they wanted to know what it looked like and he had to show them on the Internet.

Billing the ComiCon as "the ultimate meeting place for geeks, for nerds and for fanboys and for fangirls," Dilkens said the event had something for everybody.

To his point, the ComiCon event will bring in a few well-known faces from outside the world of comics and science fiction, including George Wendt from Cheers, Giancarlo Esposito of Breaking Bad and director Kevin Smith.

With files from the CBC's Stacey Janzer