'It was life-changing': Windsor-Essex programs teach the language of suicide prevention 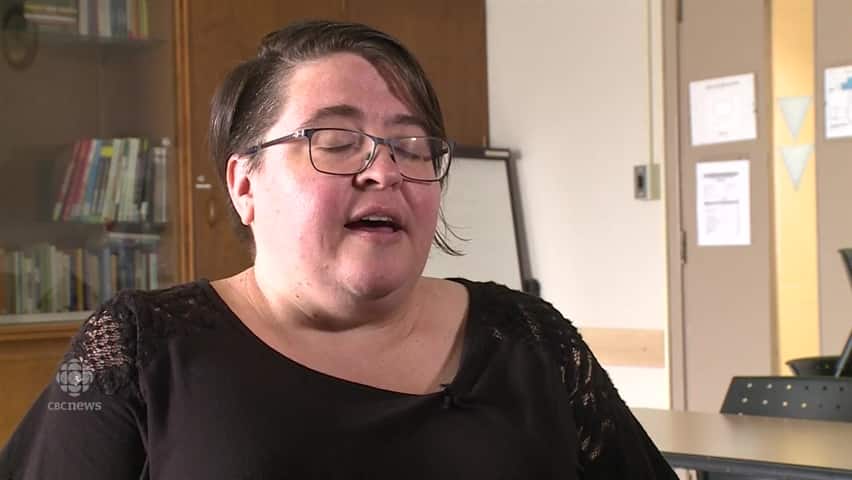 Tina Szymczak describes herself as a multiple suicide survivor. Having lived with depression her whole life, Symczak said she's repeatedly been in and out of hospital and continues to receive care for her mental health.

When she learned about safeTALK, a suicide alertness workshop organized by the Canadian Mental Health Association's (CMHA) Windsor-Essex county branch, she joined in the hopes of being able to help others like her — and to learn more about some of the skills that could've helped her in the past.

"I took the two-day program and it was life-changing," said Szymczak. "I think that we all need to learn the same language when it comes to suicide."

The workshop was so beneficial, the skills so useful, that she taught her family, friends and coworkers some of the warning signs she learned to identify through safeTALK — in case she ever needed help.

After her training, Syzmczak wrote a letter addressed to a number of community care organizations, describing her experiences with the workshops.

That's how she came to meet Jenny-Lee Almeida, an educator with the CMHA's Windsor-Essex county brand, a master trainer in ASIST and a safeTALK trainer.

"I [was] shocked when in her letter she reported that this training was life-changing, and she was essentially making a call to the community just to say 'I want everybody speaking the same language," Almeida said.

According to Almeida, the programs aren't designed to serve as a replacement for formal medical care.

Instead, they act as a way for those concerned about someone who might be considering suicide to connect and start a dialogue.

I ... want everyone in Windsor and Essex County to speak the same language.- Jenny-Lee Almeida

"A three-hour training, which is safeTALK training, you will learn … what are those invitations? How do you recognize that somebody might be struggling and they might be thinking about suicide?" said Almeida. "And then they get to practice, how do you actually ask that question?"

Participants in the workshops are taught to use specific language that moves beyond stigmatizing and taboo language.

The safeTALK and ASIST workshops are already attended by participants from a range of professional backgrounds.

It's not rare to find university students learning about suicide prevention alongside teachers, health-care workers and first responders.

ASIST and safeTALK workshops are offered every four to six weeks, with approximately 30 to 45 new participants enrolled in each class.

And for Szymczak, knowing there are people who aren't afraid to reach out is a form of reassurance:

"It makes me feel like I'm not as much of a burden, because people know how to ask the questions."

With files from Chris Ensing