Region reporting a record 288 new cases of the virus

Windsor-Essex health officials are reporting 288 new cases of COVID-19, a record increase that has brought the region's overall case total past 10,000.

Just over 2,800 of those cases remain active, according to the Windsor-Essex County Health Unit.

There were 11 deaths reported by the health unit on Wednesday, nine of which took place in long-term care.

On Tuesday, the provincial government reinstated a provincial emergency and announced that schools in COVID-19 hotspots including Windsor won't reopen until at least Feb. 10.

The province also announced a stay-at-home order and reduced hours for some businesses.

Tap on the player below to hear how people in Windsor feel about going into another strict lockdown: 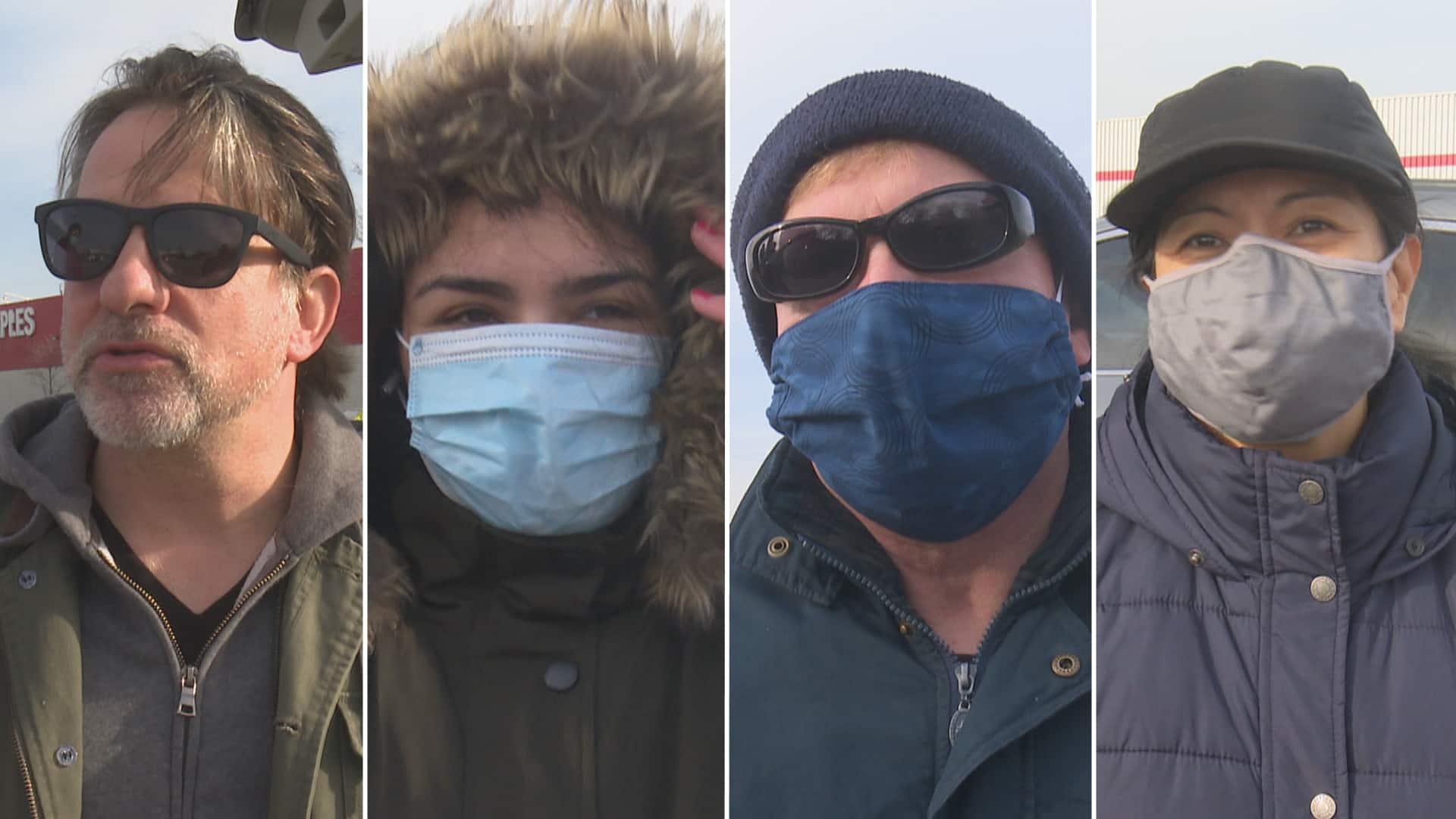 Ahmed said he needs to see the details in the plan in order to weigh in on whether it reflects the concerns raised by public health and the epidemiological data.

"I would wait for the actual legislation before jumping into conclusions at this time but it is important that we get the basic message … stay home, stay safe."

Why is Windsor-Essex so hard hit?

The cases we're seeing, Karra-Aly said, are the result of holiday gatherings and the fact that before Windsor-Essex went into lockdown, people were given two days notice to go out and do all their Christmas shopping.

"It's hard ... because not everyone understands the severity of the virus and they think that if they're young, they have nothing to lose, for example, if they get the virus then that's fine, 'I'm not hurting anybody,' but you are without knowing it," she said.

She added that Windsor being a border city likely also contributes to the spread, with essential workers possibly bringing the disease across the border.

As for what's to come, Karra-Aly said cases and hospitalizations will likely continue to surge until the vaccine rollout picks up.

During his daily COVID-19 briefing on Wednesday, Ahmed shed light on the details of the COVID-19 vaccine rollout.

Phase one of the vaccinations, targetting priority populations, are taking place now. Mass vaccinations are expected to begin in March and April and more groups will be able to get the vaccine. By the final phase, starting in September, everyone who wants the vaccine can get it.

"We have a huge task between now and up until August to make sure that we are vaccinating the majority of the people in Windsor-Essex," he said.

During the peak, which could happen between April and June, he estimated 4,000 to 8,000 people per day will be vaccinated by the health unit.

In addition to the provincial guidelines, a prioritization committee has been struck locally to ensure the rollout is ethical and consistent, given the complexity of the matter, Ahmed said.

"We want to make sure that the vaccine is going to the right people at the right time," he said.

45 outbreaks across the region

Windsor-Essex is among the areas hardest hit by the virus in Ontario.

Cases have been surging dramatically since the second wave of the virus arrived in the fall — more than 6,000 new cases have been identified since mid-October.

Since the pandemic began, there have been 10,278 COVID-19 cases recorded in Windsor-Essex and 237 deaths.

Of the 288 cases announced Wednesday, 19 are outbreak-related, 20 are close contacts of confirmed cases, five are community acquired and 244 are still being investigated. There are 99 people currently in hospital.

There are 45 outbreaks active across the region.

A new school outbreak was declared at Queen Victoria Public School, despite the fact that all schools have been closed since prior to the holiday break. Ahmed said the declaration is not a reflection of ongoing risk but the lag in identifying infections as well as the onset of new ones.

Outbreaks are active at 19 workplaces:

There are 21 active outbreaks at long-term care and retirement facilities: