Generations of Windsor parents have brought their children to see Doctor Mark Awuku over the past 30-plus years. Now, the community is absorbing the news that he's going to retire.

Dr. Mark Awuku says saying goodbye will be very hard to do

Since 1990, Dr. Mark Awuku has been caring for Windsor's kids, which by now, means he's seeing the children and even grandchildren of some of his first patients.

Over the decades, countless families have come to appreciate the bedside manner of this pediatrician, who was born in Ghana, but made Windsor his home.

Now, the community is absorbing the news that he's going to retire.

"It's hard to decide to leave the practice of pediatrics, especially. It's been a very difficult decision to make," said Dr. Awuku.

You get interested in the child's overall wellbeing in school, in society ... I am going to miss that,- Dr. Mark Awuku, long-time Windsor pediatrician

The doctor's love for medicine began in the small west-African country of Ghana, where he did his training.

He originally thought he'd go into internal medicine, but changed his mind after starting to see young patients.

"They really taught me a lot of patience, and people will say pediatricians have to be like children," he said, laughing.

But the reality of treating children is that they can become ill very quickly, but also heal very quickly, said Dr. Awuku. He got used to seeing and "treating" the entire family, when an ill child came in to his practice.

"When the children come in, they see you as somebody who is there not to hurt them, and to help them," he said.

"Some children come to me and they ask me 'Dr. A where is your bed?' They think I live here."

Dr. Awuku posted a note on his office door last week, announcing his plans to retire at the end of next June.

He said he has been postponing the decision for about three years.

"You get interested in the child's overall wellbeing in school, in society ... I am going to miss that."

Dr. Awuku said his colleagues have kindly stepped in to take on most of his current patients.

He said although he's retiring from his practice, he will continue his work as a mentor to students and residents, international medical awareness and education in developing countries, and as an editor for a pediatrics and child health journal.

But his final days will still be challenging, he said. 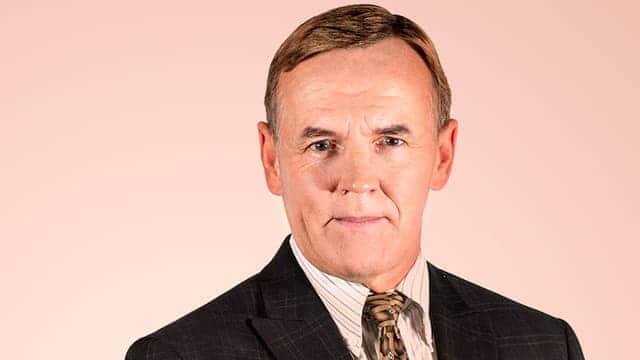 Windsor Morning7:20Dr. Awuku Retirement
Generations of Windsor parents have brought their children to see Doctor Mark Awuku over the past 30-plus years. Now, the community is absorbing the news that he's going to retire. To say he will be missed is an understatement. Tony Doucette talks to Dr. Awuku about what he will miss ,and what he plans to do when he closes his practice. 7:20

With files from Peter Duck and Windsor Morning