Les Aliments Dainty Foods Inc. has been quietly located at the corner of Ojibway Parkway and Broadway Avenue in Windsor since 1967.

Dainty Rice moved to Windsor from Montreal in 1967 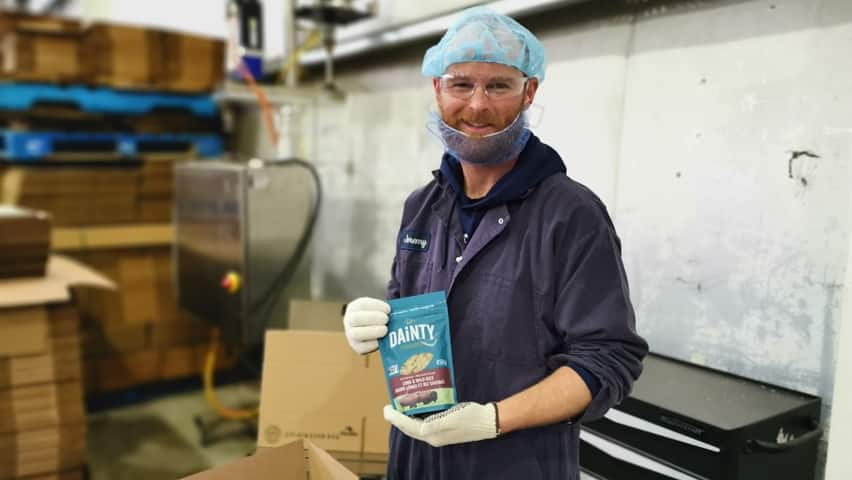 Inside Canada's only rice mill

1 year ago
3:11
CBC reporter Jonathan Pinto gets a tour of the Dainty Foods plant in Windsor, the only rice mill in Canada. 3:11

Despite its prominent location off Ojibway Parkway — in the shadow of what will one day become the Gordie Howe International Bridge — the Dainty Foods plant has an almost hidden profile in Windsor.

"I think people in Windsor don't realize Dainty is here," said Dainty employee Sue Racine. "I'm in HR, I'm recruiting, and I'm talking to people and it's like 'oh yeah, I've driven by the place forever ... what do you do there?'"

Part of that probably has to do with the fact that this facility is one-of-a-kind — it's the only rice mill in Canada.

What is now Dainty Foods started as Mount Royal Rice Mills in 1882, in Montreal. In 1967, the company — which is still headquartered in Quebec — moved its rice mill to Windsor, a location closer to the United States, where the company sources the vast majority of its rice.

Today, the company processes more than a dozen varieties of rice, from standard white rice, to basmati, jasmine and arborio. While much of it is packaged under the Dainty brand, the company also produces and packages rice for many of Canada's best known supermarket brands.

What does a rice mill do, anyway?

"It's cleaning it, processing it, and getting it ready to be packaged," explained Danielle Fowkes, one of the company's rice millers — and incidentally, the company's first woman in the role.

When harvested, rice grains are enveloped in hard husk, which is generally not eaten. When this husk is removed, you get brown rice, which is rice with the bran still attached.

For white rice, the grain is polished further, removing the bran — and notably, some of the minerals and nutrients.

As a result, Dainty also produces parboiled rice, a popular way of milling that retains much of the nutritional value of brown rice, with the taste of white rice.

"[You take] raw rice that still has the husk on it, and it's subjected to pressure and steam," explained Paige van Gaalen, a food safety coordinator at Dainty.

"It takes the nutrients that are in the husk and the bran ... and envelops it into the kernel, so that when you do mill it from brown to white, you still have that nutrient."

Tap to hear Jonathan talk about his tour inside Dainty Foods on CBC's Afternoon Drive.

In addition to standard dry packaged rice, Dainty also produces rice flour, which is increasing popular, especially with food processors thanks to the fact that rice is naturally gluten-free.

The company also produces canned rice, a unusual product that has been in production since 1947, consisting of cooked rice and a seasoning packet. The spices are usually savoury, though a maple-brown sugar flavour was recently introduced.

"It's ... nostalgic," Racine said, noting that canned rice is especially beloved in Northern Ontario and the Montreal area. "It's still a big product today."