The church has been denied a grant from a $25-million federal program for organizations that serve Black Canadians, the Supporting Black Canadian Communities Initiative.

A leader with the British Methodist Episcopal Church in Windsor, a Black church with hundreds of years of history, says it's "disheartening" that the organization was denied a grant for Black community organizations.

Church clerk Nancy Allen said it's not the rejection that concerns her but the reason provided by the federal government.

"When you're rejected because of your ethnicity or you're told you're not Black enough to receive this grant because it was for Black-led organizations that's very, very — it's disheartening," Allen said at a press conference on Wednesday.

WATCH: Nancy Allen and Mehari Hagos react to their organizations being denied a government grant for Black-led organizations. 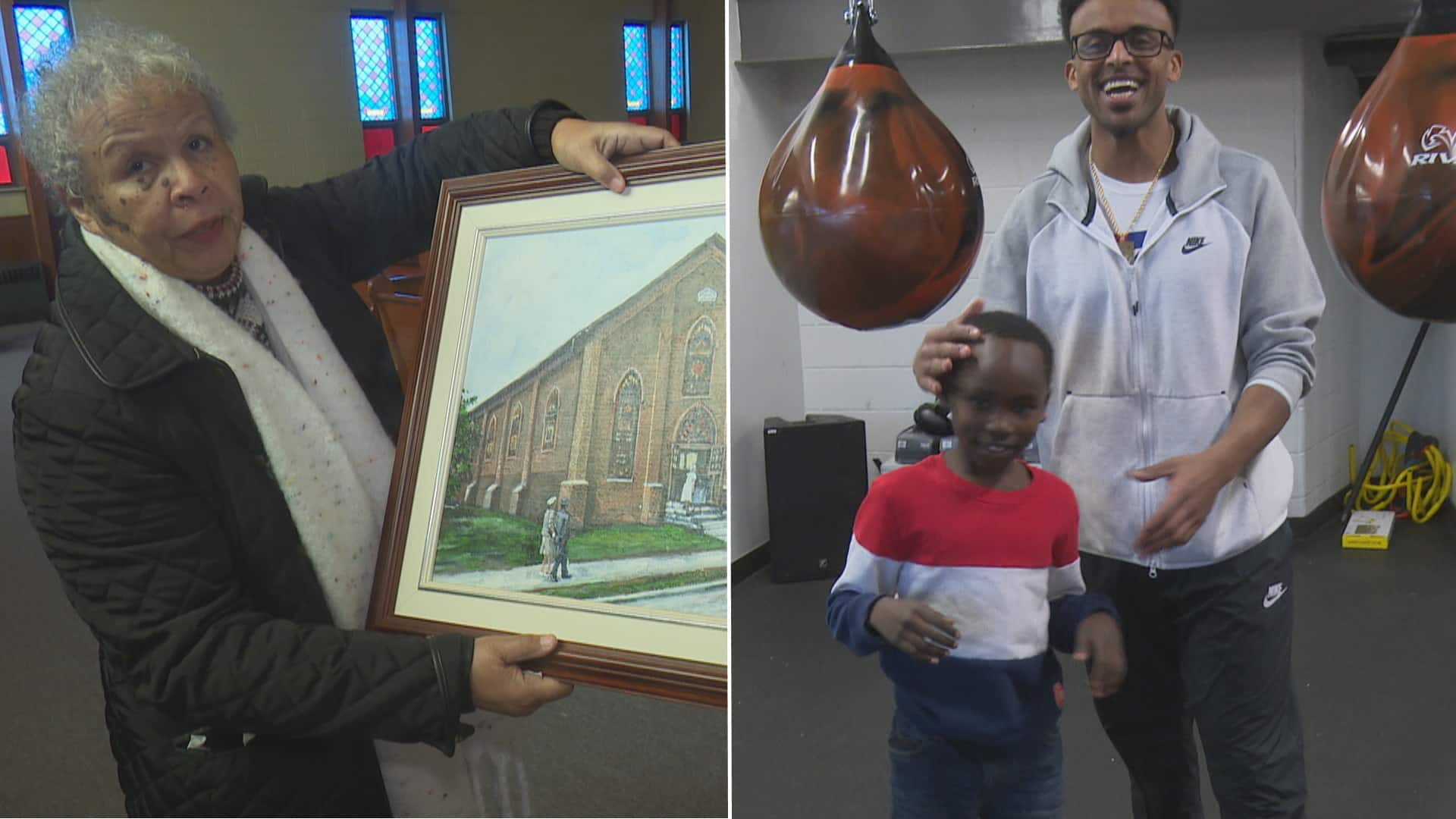 1 month ago
0:59
Nancy Allen and Mehari Hagos speak out after being denied a grant for Black community organizations. 0:59

The church had applied for a grant from a $25-million federal program for organizations that serve Black Canadians, the Supporting Black Canadian Communities Initiative.

On Tuesday, it received an email denying the application saying it didn't meet the eligibility requirements for Black leadership and governance.

"Information provided did not meet this eligibility criteria or was insufficient to clearly demonstrate that the organization is led and governed by people who self-identify as Black," the email stated.

In order to receive the grant, a third of the leadership of the organization has to identify as Black. All members of the church's trustee board are Black.

The church dates back to the 1850s, and some of those who built it escaped slavery in the U.S. It's one of several congregations of the British Methodist Episcopal Church, including one built by Harriet Tubman in Niagara.

The church is no longer in its original location in Windsor — the land was expropriated and the church moved in 1963.

The current building is in need of upgrades, Allen explained. It had applied for about $98,000 last year to do retrofits including air conditioning and kitchen upgrades.

"We're just trying to make the church and the community centre viable to keep their membership and maybe to grow some more," Rob Vidamour of restoration company Winmar said at the press conference.

Windsor West MP Brian Masse is calling on Ahmed Hussen, minister of families, children and social development, to reconsider the application and apologize.

He wrote a letter to the minister saying he couldn't comprehend how the application was denied on the basis that the church didn't meet the eligibility criteria.

"We're making a strong appeal to the minister. If [the] Black community is going to be supported and it's going to be enhanced with government projects, you just can't pretend when there's mistakes. You just can't pass them off and that's what the department did here," he said.

The church is among many organizations across the country speaking out after being deemed ineligible for the grant.

An application by MH100, an after-school program for at-risk Black youth in Windsor-Essex, was also denied, with the government saying the organization didn't meet the leadership and governance criteria.

"I think they didn't really do their research enough. If they did their research, then they'd find out...who this organization is ran by," said executive director Mehari Hagos,  who said he was caught off guard by the decision but added that mistakes happen.

An application by Sandwich First Baptist Church in west Windsor is currently being reviewed.

So far, more than 90 projects have been approved under the program, representing up to $7 million in funding, including Underground Railroad churches in Hamilton and St. Catharines.

Hussen, the minister responsible, recently apologized for the letters received by applicants.

"The letter recently sent by my department to unsuccessful applicants for funding was completely unacceptable. As soon as it was presented to me, I quickly demanded a retraction and met with my officials to discuss how such a mistake could have happened in the first place," he said in a series of tweets last week.

The BME church said it hasn't been given an alternative explanation for the rejection.

A second email to the BME stated: "Employment and Social Development Canada did not receive the information required to move forward with your application."

Hussen went on to say the government is taking "meaningful action" and being accountable.

"We are committed to getting this right," he said.