Pornographic video shows a web cam model performing sex acts in a branch of the Windsor Public Library before being caught in the act and asked to leave. 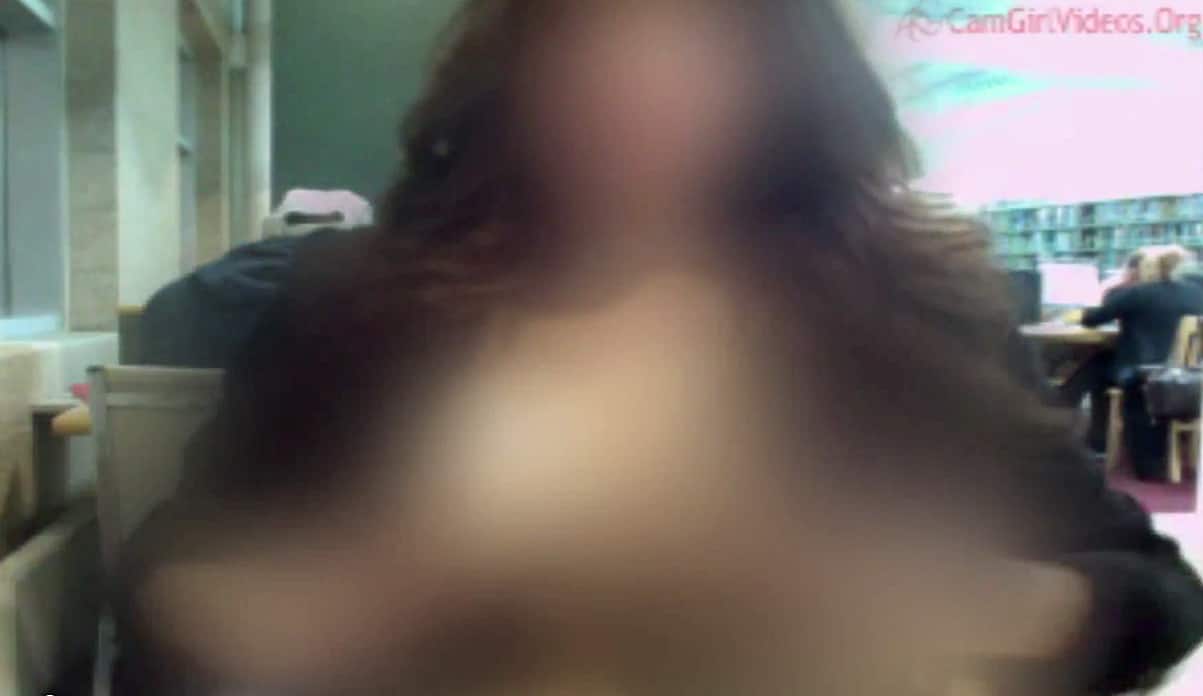 6 years ago
0:11
A live sex show being streamed from the Windsor Public Library was stopped in action. 0:11

Pornographic video shows a web cam model performing sex acts in a branch of the Windsor Public Library before being caught in the act and asked to leave.

CBC News has identified the woman in the videos. She's a 21-year-old from this area. CBC News is not disclosing her name because there are no criminal charges filed against her, and because there have been threats to her personal safety.

It’s not clear whether the pair are library staff or patrons, but one of them tells the partially undressed cam model, who isn't wearing a skirt or pants and has her top open, to leave.

"Excuse me. You need to leave," a woman says as she approaches the model. "Right now."

The model agrees and quickly buttons her top and reaches for the camera as the video ends.

Pope declined to the view the video and therefore couldn't confirm it was library staff who confronted the woman.

CBC News was first to report that a woman performed graphic sex acts multiple times inside at least two branches of the Windsor Public Library over a three-month period and streamed it all live online.

More than 50 videos filmed inside the two branches remain archived and for sale online. Some are more than three hours in length, while in others the woman interacts with unsuspecting library users, including children.

Pope told CBC News on Tuesday that she was not aware of any sex shows being streamed from any branch, but she did say a library user complained about a woman taking photos of her genitalia.

We were notified by a customer that there was inappropriate behaviour happening here.- Kitty Pope, library CEO

"The next time the patron came in, we notified her that kind of behaviour was not appropriate in a public place and she was to leave. That's all we've heard."

Until mid-day Tuesday, Windsor police said they had not received a complaint of inappropriate behaviour at any branch of the Windsor Public Library.

But later in the day, they said they were investigating.

Meanwhile, another video shows the same cam model performing in what appears to be a restaurant or coffee shop. It's not known if the video was streamed from Windsor.

Police said they are also aware of a video that shows lilsecrett in what they believe to be a coffee shop.

Police spokesperson Sgt. Matt D'Asti said investigators are asking for the public's help and for anyone who saw anything to come forward.

D'Asti said someone needs to file a formal complaint before a criminal charge can be laid. He said even then, police need to demonstrate the woman performing the sex acts had the "intent to insult or offend any person."