University of Windsor students staged a protest on Thursday in support of the Wet'suwet'en nation in British Columbia currently embroiled in a natural gas pipeline conflict.

University students were joined by faculty and staff 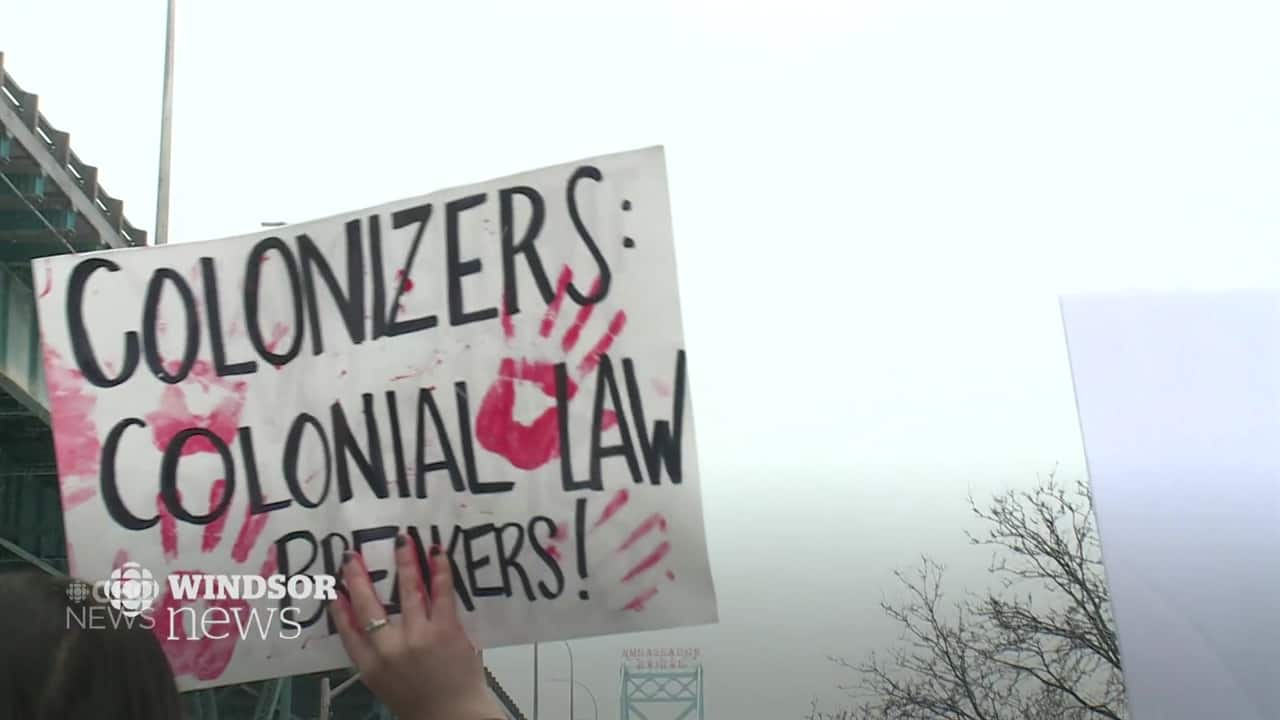 University of Windsor students staged a protest on Thursday in support of the Wet'suwet'en nation in British Columbia currently embroiled in a natural gas pipeline conflict.

Approximately 50 university students walked out of classes, marching throughout Windsor's downtown core. They were joined by university faculty and staff members.

The protest was organized by University of Windsor law students after they received emails and other messages from general students asking what can be done to support Wet'suwet'en protestors across the country.

Kuri added that a number of professors also cancelled classes in support of Thursday's protest.

For her part, University of Windsor assistant law professor Beverly Jacobs said she was proud of her students for taking a stand and protesting.

"They're learning Canadian law, and Canada isn't following its own law," she said.

Michelle Nahdee, coordinator of Indigenous Legal Studies at the university's Faculty of Law, said she took part in Thursday's protest to support students who organized the march.

"I see our future lawyers as decision-makers," she said. "Seeing more and more come in and being open-minded and respectful of Indigenous legal orders shows that there could be change within the system."

"We have many students within our faculty that have open minds ... and they are accepting and very knowledgeable of Indigenous legal orders themselves — even if they're not Indigenous."

With files from Jacob Barker