Nestled in the middle of a residential street, Windsor's Ukrainian Restaurant has been feeding the people of this city for over eighty years.

Nestled in the middle of a residential street, the simply-named Ukrainian Restaurant has been feeding the people of Windsor for over 80 years. Originally opened as a grocery store in 1929, the building — nearly indistinguishable from the houses surrounding it — was converted into a restaurant serving Ukrainian food in 1931.

Anna Momcilovic, an energetic woman in her 80s, is the owner of this local culinary institution. Born in the former Yugoslavia, she purchased the business from the original Ukrainian family in 1968, four years after she arrived in Windsor. Today, the restaurant is a one-woman show: Momcilovic cooks, serves and handles the cash.

With the exception of a television in the corner and few pictures of family, stepping inside Ukrainian Restaurant is like going back in time — the interior layout has changed very little since 1968. The same goes for the food, which features hearty Ukrainian fare such as perogies, cabbage rolls and stuffed peppers.

Click on the audio player to find out more.

Looking for a taste of Windsor's history?

Ukrainian Restaurant is located at 1148 Marion Ave., just north of Giles Boulevard E.. It is open seven days a week from noon to 9 p.m. and is cash only.

Meals can be enjoyed in-house, or as seen in the video below, packaged for take-out. 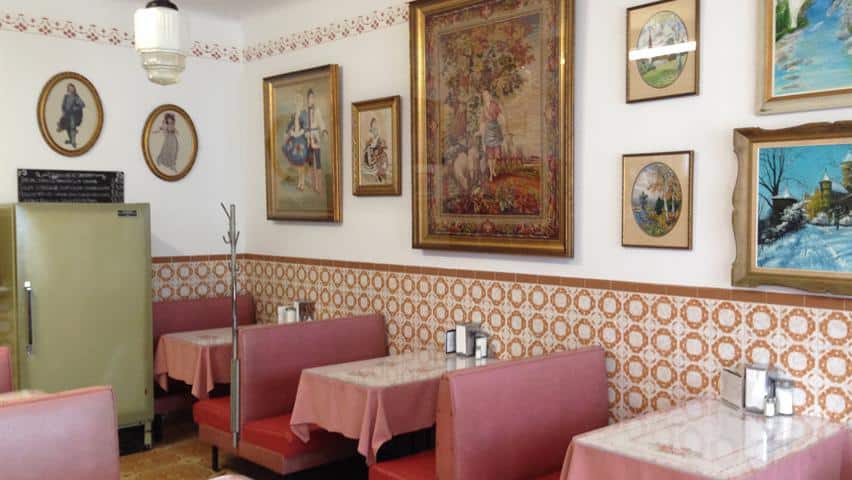