Tickets to Sunday's Memorial Cup final are sold out

Tickets to Sunday's Memorial Cup final featuring the Windsor Spitfire's are sold out.

Tickets to see the Windsor Spitfires play in the Memorial Cup final sold out Friday morning but sellers are still hawking them on sites like Kijiji.

Staff at the WFCU Centre's box office confirmed the hottest tickets in town are no longer available.

Despite some problems filling seats during the tournament, Sunday's game will be standing room only. 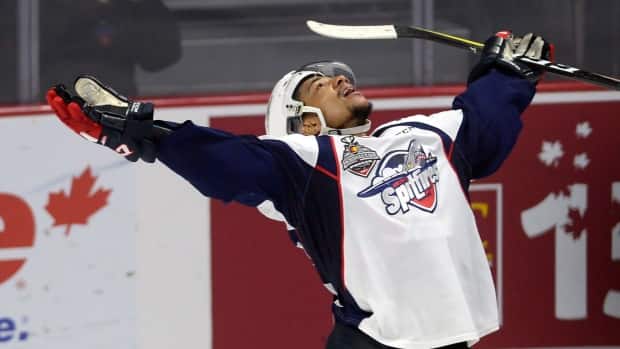 3 years ago
3:46
The Windsor Spitfires have set the city a buzz as they brace for the Memorial Cup final after winning three straight games as hosts of the prestigious tournament. 3:46

Hockey fans can still pick up choice seats on Kijiji if they're willing to pay a steep premium.

Two Platinum tickets with a parking pass and access to the Crown Royal Room are going for $750 and tickets located three rows from the ice are going for $1,000.

The Spitfire's opponents will be decided tonight as the Erie Otters play the Saint John Sea Dogs.

The winner of that game will face the Spits at 7 p.m. Sunday.