A group of teachers in southwestern Ontario is under criticism after fooling Grade 8 students into thinking they were heading to Disney World in Orlando, Fla., for their year-end class trip. 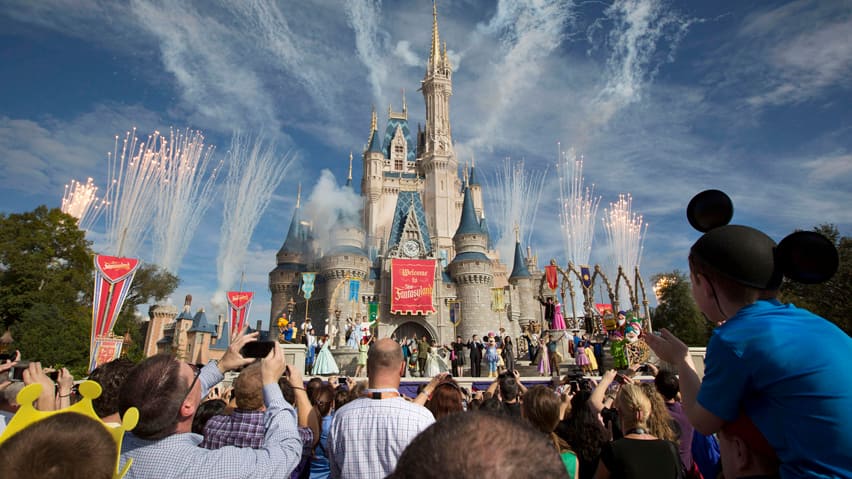 8 years ago
2:56
A group of teachers at Roseland Public School in Windsor, Ont., fooled their Grade 8 students into thinking they were headed to Disney World. 2:56

A group of teachers in southwestern Ontario is under criticism after fooling Grade 8 students into thinking they were heading to Disney World in Orlando, Fla., for their year-end class trip.

Teachers at Roseland Public School in Windsor prepared a PowerPoint presentation, complete with pictures and video, to lead the students to believe the trip was in the works.

A final slide revealed the students were really destined to head to a local bowling alley for their graduation celebration, apparently leaving them devastated.

One of the adults in the room videotaped the fake presentation and the student reaction. The video was then shown to other students.

Twins Max and Tira Copeland were among the students duped. Their mother, Bonnie Stewart, was one of the parents who made the incident public on Facebook.

"At first, I was really excited about it, but when we found out it was a joke and everything, I was kind of speechless," Tira Copeland said. "I didn't know how to react at first, but then I felt really kind of depressed about it and upset."

"On Friday, I felt really bad about it and I felt humiliated and stuff, and how it was showed to the other students," Max Copeland said.

A spokesman for the Greater Essex County School Board says teachers used "poor judgment" when they led students to believe they were going on a graduation trip to Disney World.

Scott Scantlebury said the board will not discuss whether disciplinary actions were being taken.

The two staff members directly involved in the prank are still employed at Roseland, he added.

Psychologist Noreen Chevalier said she was "shocked" when she heard about the prank.

Was this prank by teachers funny? Bad judgment? Bullying?

"I consider this bullying. It's too elaborate. This joke was preplanned. It's not just a joke. This has gone beyond that because they see the teachers in an authoritarian way," Chevalier said. "To be humiliated as a group is shameful for them. Shame attacks your heart and your being. This is more than embarrassment. Shame is deeper than that."

The school board disagrees with Chevalier's definition of bullying.

The prank evolved from one teacher's suspicion that students were rifling through his desk. The teacher planted a false brochure advertising the Florida graduation trip, he said, adding that staff allowed rumours to swirl unchecked.

The presentation on the fake trip was staged several days later before the entire Grade 8 population, he added.

The board acknowledged the story has generated considerable backlash from the community.

"We have received a number of calls from people, and not necessarily everyone who has a student at that school, and it's been fairly consistent in its condemnation of the teachers' actions," he said.

He said the school's principal and the teachers have spoken with students and parents, and apologized.

"An apology at this point isn't going to sway anyone. They need more than that," Chevalier said. "These are Grade 8 students moving into Grade 9. They already have anxiety and are going through personal, physical and cognitive changes.

"Some will get over it but those who already have issues of trust will not."

Stewart, who is to meet with the school principal Friday, said she doesn't want any teacher suspended or fired.

"I'm more looking for to make sure everyone knows the error of their ways and to not make that [mistake] in the future for other kids that they will be teaching," she said.

"We're not quite done and we will make a decision after the fact," he said of possible disciplinary actions. "I think that right now our energy is being expended on making it right."