From singing to signing: Students use ASL for their daily rendition of 'O Canada'

Many students across the country are used to starting their day with a daily tradition — standing up and singing "O Canada" while the anthem plays over the school's loudspeaker. But with the COVID-19 pandemic forcing some schools across the country to prohibit singing altogether, an Ontario teacher had to get creative.

Many students across the country are used to starting their day with a daily tradition — standing up and singing "O Canada" while the anthem plays over the school's loudspeaker.

But with the COVID-19 pandemic forcing some schools across the country to prohibit singing altogether, one teacher in Windsor, Ont. had to get creative.

"I decided right after the principal played 'O Canada' that I would play them a YouTube version and had them watch it. And then we practiced signing it a few times," said Amy Allison, a Grade 3/4 teacher at D. M. Eagle Public School.

Allison said by the third practice run, her students were starting to pick it up. She posted a video of the moment to her Twitter account Thursday afternoon. By Friday evening, the video had been viewed more than 50,000 times. 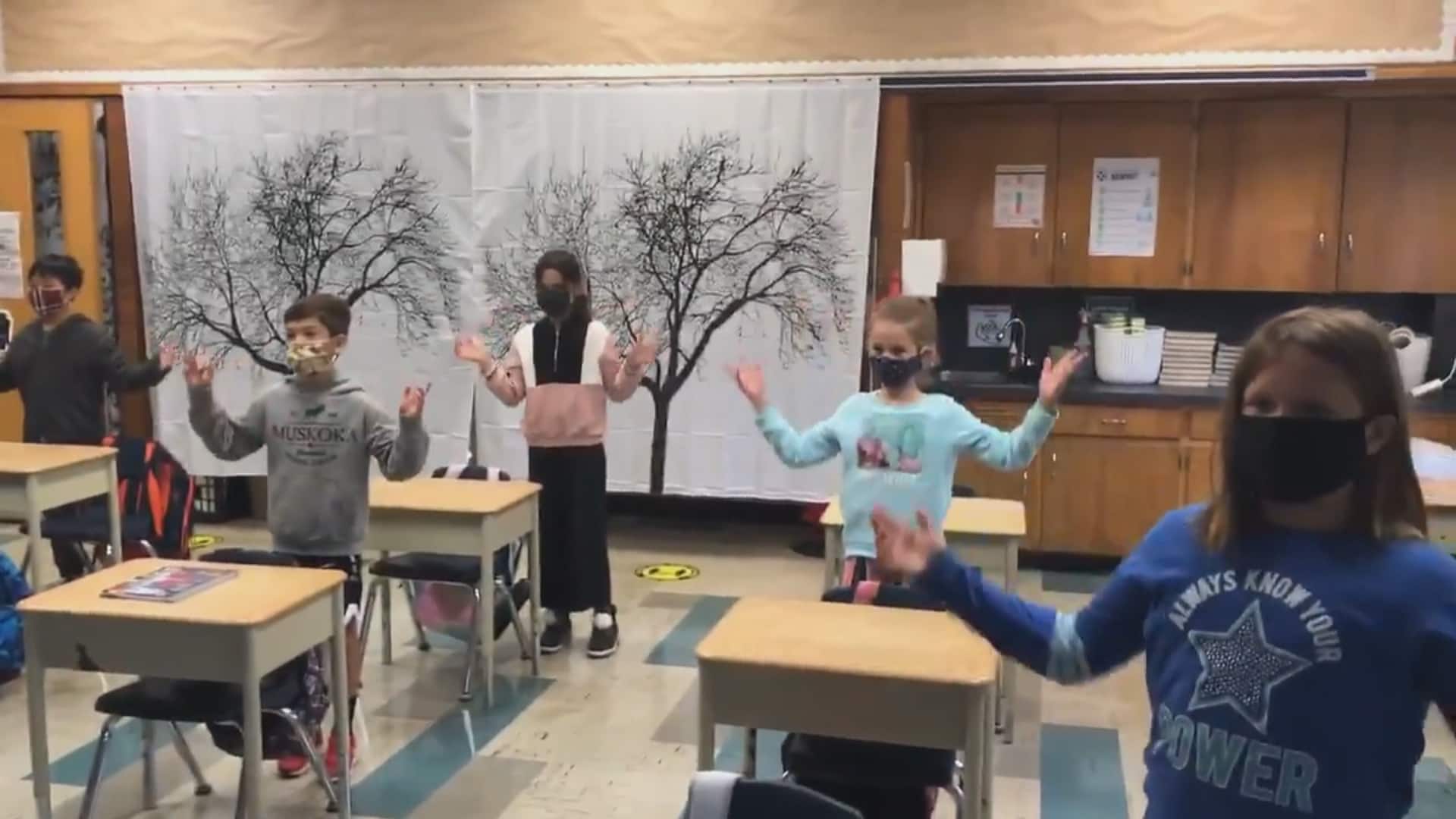 Students use ASL for their daily rendition of "O Canada"

Having just started her 22nd year as a teacher this week, Allison — who emigrated to Canada when she was just seven years old — said she's very strict about making sure students stand up to honour the flag.

"We had to have a discussion about the particles and how the particles can travel when you sing. So our principal plays 'O Canada' every morning and he asked us all to stand, but not to sing," she said.

"That's very hard for kids who have been accustomed to doing the same thing every day since they started school — and even for their teacher. So teachers have had to come up with lots of creative ways to teach."

A sense of normalcy in an abnormal time

Allison added it's very important to continue the tradition of "singing" the anthem every morning because "it gives them comfort" in a time where students' routines have been turned upside down.

Allison's Twitter account mainly serves as a window for parents to check in on their children, she said, adding the goal is to show that students are being cared for and still learning despite COVID-19 keeping students physically apart from teachers and one another.

"In our classroom, that community starts with standing proudly and starting with their anthem each day. I wanted parents to have a look into our classroom, but I didn't expect all the other educators and  people to notice that," Allison told CBC News with a wide smile.

"We'll start with 'O Canada.' In a couple of weeks, hopefully, they will be able to do it with a little bit more fluency. And then we'll start with some other songs."