'I was scared': Strangulation a factor in roughly half of domestic violence cases in Windsor, experts say

Being picked up by her throat so tightly she could barely breathe, Anita Prskalo remembers feeling her toes curl and scrape the bathroom tiles as she tried to fight back against her then-boyfriend.

Being picked up by her throat so tightly she could barely breathe, Anita Prskalo remembers feeling her toes curl and scrape the bathroom tiles as she tried to fight back against her then-boyfriend.

All she could think about was her son, just eight years old at the time. Eventually, he let go, throwing her into the bathtub. At that moment, Prskalo said she knew she had to leave, somehow.

"I was scared that he was going to not allow me to breathe, and that really put me in check," said Prskalo. "I remember thinking of my son and just being determined to get [my boyfriend] to release his grip."

Strangulation is something experienced by about half of all people who come through Windsor Regional Hospital's sexual assault and domestic violence centre. Over the past four years, that statistic has remained steady.

"Any strangulation is considered serious because you're restricting the airway," said Joanne Sheehan, manager of the Sexual Assault and Domestic Violence, Safekids Treatment Centre at Windsor Regional.

Watch Anita Prskalo describe one of her most terrifying moments: 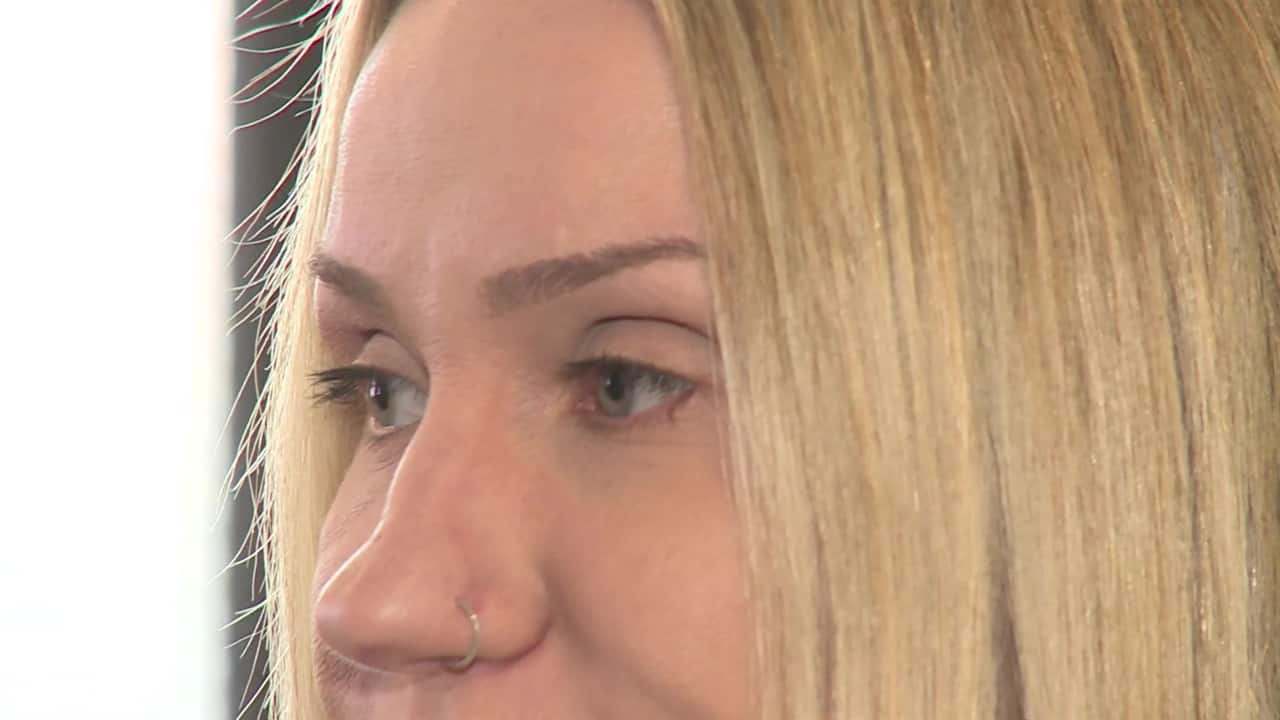 'He grabbed my throat': Domestic violence survivor Anita Prskalo recounts a terrifying moment where she was strangled

1 year ago
2:19
Anita Prskalo vividly remembers when her then-boyfriend became angry, picked her up by the neck and she could barely breathe. 2:19

Sheehan has been a registered nurse for 20 years, and says the "viciousness of the assaults are quite horrendous." It's something that sticks with her every day.

From November until now, the centre has seen seven victims of strangulation. Late last year, a woman was assaulted and choked so badly she required neurosurgery.

The hospital has trained forensic nurses who help victims of sexual assault and domestic violence. They're dispatched right away, and victims should not have to wait any longer than 45 minutes in the ER before being seen by a nurse, Sheehan said.

For Prskalo, the last time she was choked by her spouse in 2015 was one of the most physical incidents during their relationship. In her case, she didn't require medical attention.

'Strangulation is the calling card of a killer'

Her instincts to leave after that moment were right, experts say, as "strangulation is the calling card of a killer."

That was the main message during a training session last November for first responders across Ontario. Two Windsor police officers attended, but those officers "will not be provided for this request," according to a police spokesperson.

Watch Joanne Sheehan talk about why strangulation is so serious, and what Windsor Regional Hospital has witnessed: 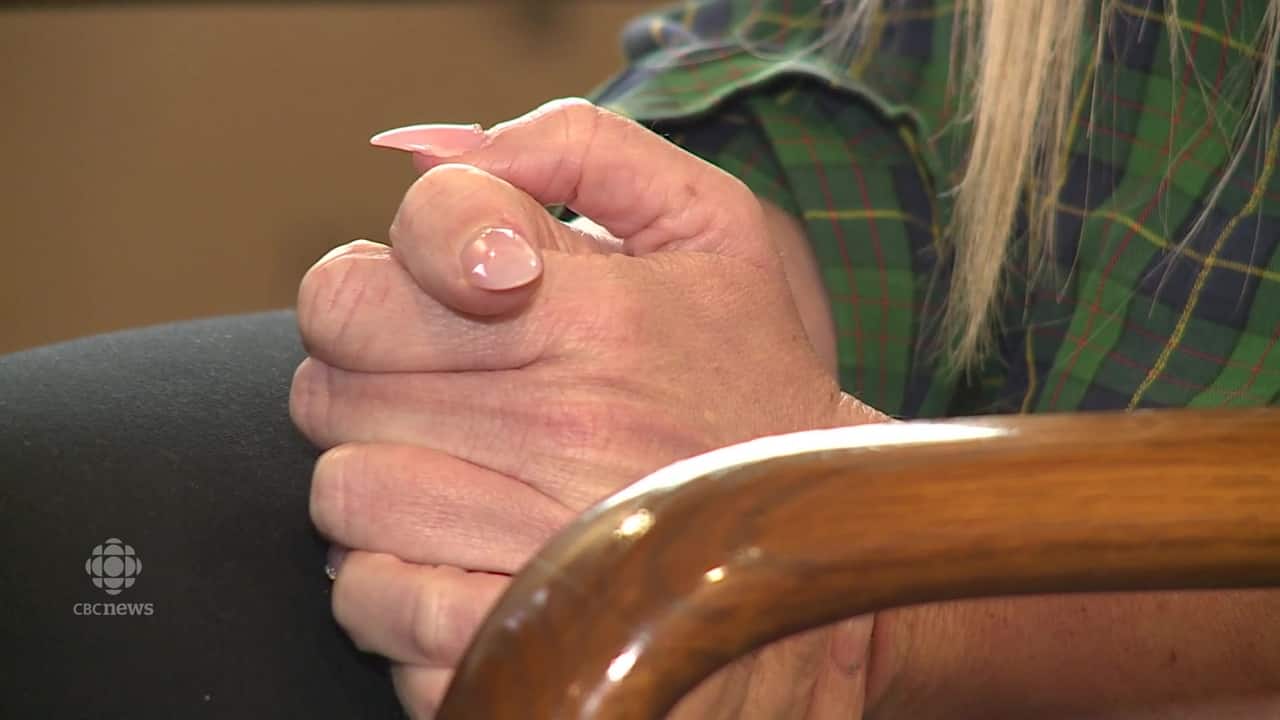 Anita Prskalo talks about when the domestic abuse first began

1 year ago
2:45
Anita Prskalo stayed with her boyfriend for more than three years before leaving the relationship after a violent incident 2:45

Two former American prosecutors with the Training Institute on Strangulation Prevention lead the training in Canada, because they said signs of strangulation are too often overlooked by first responders and the justice system.

"I can't tell you how many law enforcement officers in particular came up to us afterwards and said that they've been in this field for 30 years ... and this was like the first time they even heard about non-fatal strangulation," said Gael Strack, chief executive of the training institute.

"[They] wished they would have had this information much earlier because it would have been able to improve their investigation and prosecute a lot of individuals who then went on to kill people," she added.

"Men who strangle women are the most dangerous men on the planet."​​- Casey Gwinn, former U.S. prosecutor

Women who have previously been strangled by their partners are seven times more likely to later be killed, according to a 2008 study in the Journal of Emergency Medicine in the United States.

Back in 1995, Strack and her colleague, Casey Gwinn, who also provides strangulation training, examined 300 cases in San Diego where victims had been strangled and survived.

The duo quickly found a few patterns: that mostly men were manually strangling women, who had "very little physical injury."

Perhaps one of the most disturbing conclusions they uncovered when examining the lethality of men who strangle women is what they're capable of.

"Men who strangle women are the most dangerous men on the planet," said Gwinn.

The main thrust of the education they provide is really explaining "who men are." Previously, investigators may have overlooked strangulation as "simply something that happens in a domestic violence situation."

Signs of strangulation being overlooked

Even today, Gwinn said signs of strangulation are "missed at very high rates" among first responders, health care professionals and the justice system.

"People get distracted by the visible injury that may occur," said Gwinn. "Or alternatively, if you are strangling a woman almost to death, she is going to fight, claw, scratch and bite to get away – she goes primal to stay alive. Most of the injuries in the near-fatal strangulation are going to be on the perpetrator, not the victim."

They're also advocating for the creation of new laws specific to strangulation, to draw attention to this type of serious crime, said Strack.

Last September, a new subsection was added to the Criminal Code, making strangulation a separate offence in Canada.

Watch Anita Prskalo describe the first sign of violence and how that relationship affected her life:

1 year ago
2:16
Joanne Sheehan, manager of the Sexual Assault and Domestic Violence, Safekids Treatment Centre at Windsor Regional Hospital, talks about why strangulation is so serious. 2:16

After Prskalo called her brother for help, and eventually told her parents, family and friends, she felt "an overwhelming feeling of shame."

Prskalo said bringing people back into her circle again was a relief. Sharing her story meant she didn't have to lie anymore or cover things up, she added.

"I don't have to hurt by myself and try to figure things out on my own. I can have a team behind me," said Prskalo.

Now, she's come full circle and works as a residential counsellor on weekends at Windsor's Hiatus House. She helps women transition from being a victim, to becoming a survivor.

"It's just this overwhelming feeling of needing to give back. It's like a part of your identity," said Prskalo.

If you or someone you know is experiencing domestic violence, there are resources in Windsor-Essex that can help.