A correctional officer who resigned from his post at the South West Detention Centre in Windsor, Ont. is asking Ontario's Human Rights Tribunal to investigate racist incidents, bullying and sexual harassment he alleges targeted him and other officers of colour.

A correctional officer who resigned from his post at the South West Detention Centre (SWDC) in Windsor, Ont. is asking the Human Rights Tribunal of Ontario to investigate racist incidents, bullying and sexual harassment he alleges targeted him and other officers of colour.

Iosko Assenov began working as a corrections officer in March, 2014.

He was drawn to the career out of a desire to be part of a team to help rehabilitate inmates, but said the men and women he was so excited to work with turned their backs on him, attacking him about his racial background and intentionally leaving him in unsafe situations.

"Things that I've seen myself? Sexual harassment toward me from a female manager. Racism, racial slurs, racial epithets toward inmates, toward officers, complete bullying and harassment from managers toward myself and to other officers," he explained, describing the detention centre as a "poison work environment." 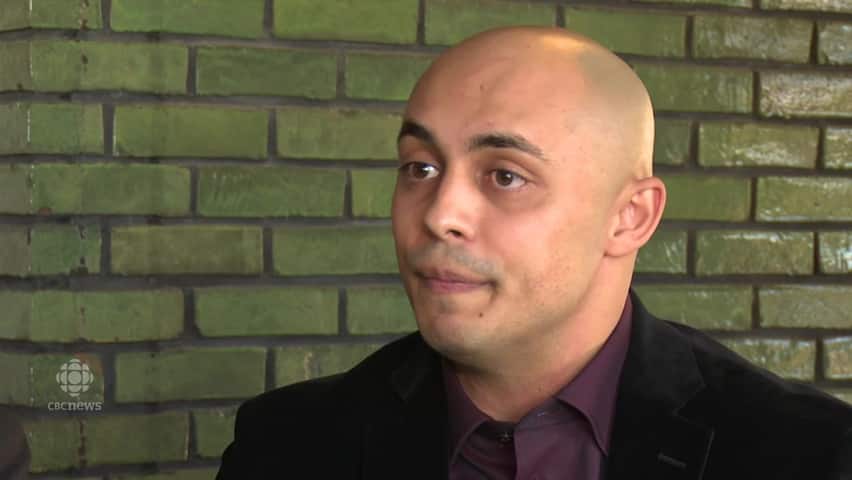 Racial slurs and name calling part of life at SWDC

3 years agoVideo
0:25
Iosko Assenov describes how correctional officers talked about each other and inmates at SWDC. 0:25

The 31-year-old worked at the state-of-the-art facility, where he claims he tried to spark support for racialized inmates and build camaraderie among his fellow officers through sports tournaments and fundraisers.

But, he said, each of those efforts was rebuffed by management and actually led to more bullying.

He said he was called a "Paki," a terrorist, a "thug hugger" and was the butt of "brown jokes" about how he should play cricket, not baseball, and how he and other "coloured guys" just love their basketball.

Worthless, that's how it leaves you feeling, like you don't belong because of the colour of you skin.- Iosko Assenov

When he spoke up about the slurs he was hearing and harassment he witnessed, Assenov said his situation became even worse.

He alleges he was intentionally struck with remotely operated doors controlled by other officers and, in some cases, purposefully left in potentially dangerous situations with inadequate equipment and backup.

"There are times where you feel very alone," he explained, adding he reported the abuse to management 16 separate times, but he claims an internal investigation was never launched.

"Worthless, that's how it leaves you feeling, like you don't belong because of the colour of you skin."

One specific incident involved escorting 10 inmates across the facility to the gym. Assenov was a recreational officer at the time and only wearing shorts and a T-shirt. He alleges he was left alone, without a fully armed guard, as an act of reprisal for speaking out about racism at SWDC.

In an email to CBC News, OPSEU's administrator of local services Ron Elliott, confirmed the union is aware that "several members" have made allegations of harassment and discrimination at SWDC.

But Elliott said any investigation into the allegations must be carried out by the employer — in this case the Ministry of Community Safety and Correctional Services. 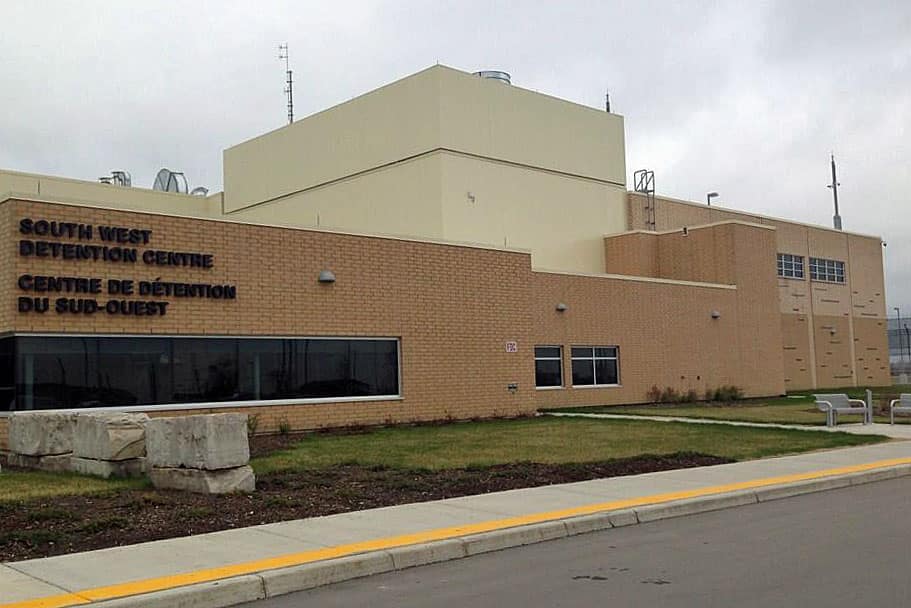 Ministry spokesperson Andrew Morrison said any type of workplace harassment and discrimination is "completely unacceptable" and is taken very seriously.

"If an investigation finds misconduct to have occurred, actions would be taken on a case-by-case basis," he added, but when asked whether an investigation into the allegations at the SWDC is currently underway or has been completed, he declined to answer, stating "the ministry does not publicly comment on any internal human resources matters."

Tyler Beechey worked at SWDC along with Assenov.

Becoming a corrections officer was a dream he worked 11 years to make happen, but he said he quickly realized his fantasy of working with others who wanted to help inmates was far from reality.

"I overheard somebody using racial slurs on the floor, but I wasn't sure who they were directed at," he explained. Then he heard the same words used in the lunch room.

"It's a group of guys that you work with who are in there, so you wonder 'Is that how they refer to people here? Is that the culture? Is that what it is?'"

Beechey witnessed what was happening to Assenov, but said when he stood up for his colleague the other officers started to pull away from him, leading him into a deep depression.

I ended up needing counselling and I had a heart arrhythmia from the stress. I actually blacked out.- Iosko   Assenov

Beechey was fired in April 2015. He admits mistakes he made on the job were part of the reason for his termination, but said he feels his race was also a factor — that's why he spoke up for Assenov before, and that's why he's speaking out now.

"[I'm] just a voice. I don't want to look back in 30 years and say that I didn't stand up for what I believed in," he said. "At least it's getting out there. At least people know what's going on."

Assenov points to what he calls the "Code of Silence" as a major reason for why abuse in Canada's jails continues.

"Corrections is a subculture — nobody wants to rat anybody out so everything is, for the most part, hidden," Assenov explained. "When somebody goes to management and says 'Hey there is a systemic racial issue here' and it comes back to those officers who are being racist … then it comes back on you as the guy who's the rat. So, it's a form of punishment."

Suffering from severe depression, he said he had no choice but to resign in December 2016.

"I ended up needing counselling and I had a heart arrhythmia from the stress. I actually blacked out," said Assenov, adding he visited a counsellor and psychiatrist who prescribed him a long list of medications and told him the stress was work-related.

Assenov has filed a grievance with OPSEU, which represents staff at the detention centre. He has also filed a human rights complaint.

The former correctional officer said he's hopeful speaking up and filing a complaint will be enough to shake up the leadership at SWDC and to put them on notice that racism and harassment cannot continue.

He and Beechey are both calling for an investigation into the work environment at the detention centre and an anonymous tip line where officers could report incidents without fear of being labelled a "rat" and suffering reprisals.

Assenov said his time at the detention centre left him broken, but he's healing. Now he's worried about those still working there.

"I think the biggest thing for me is knowing that there are people who are stuck in that facility that are on the verge of suicide. I can say that honestly. I have staff that text me those things. I want to be able to give them a voice and help educate the public that this is what's going on behind those steel doors or concrete walls."