Battling drug addiction as a teenager caused Jay Arruda to overdose, be kicked out of his parents' house and lose his job. All of that ultimately led him to a 'sober bar' in Windsor that helped save his life.

'It's like a dream come true, really, it helps me every day,' says Jay Arruda

Battling drug addiction as a teenager caused Jay Arruda to overdose, be kicked out of his parents' house and lose his job. All of that ultimately led him to a "sober bar" in Windsor that helped save his life.

"Some days it's just a sober party and I never thought recovery could be this fun," said Arruda.

That's how he describes the Spiritual Soldier Coffee Compound. The shop has been open for nearly five months and is run by two men who battled addiction themselves. They want it to serve as a safe haven for anyone trying to stay sober.

"I don't know where I would be if I didn't have this place. It's like a dream come true really, it helps me every day," said Arruda.

Watch as Jay Arruda explains why the coffee shop is so critical on his journey of sobriety: 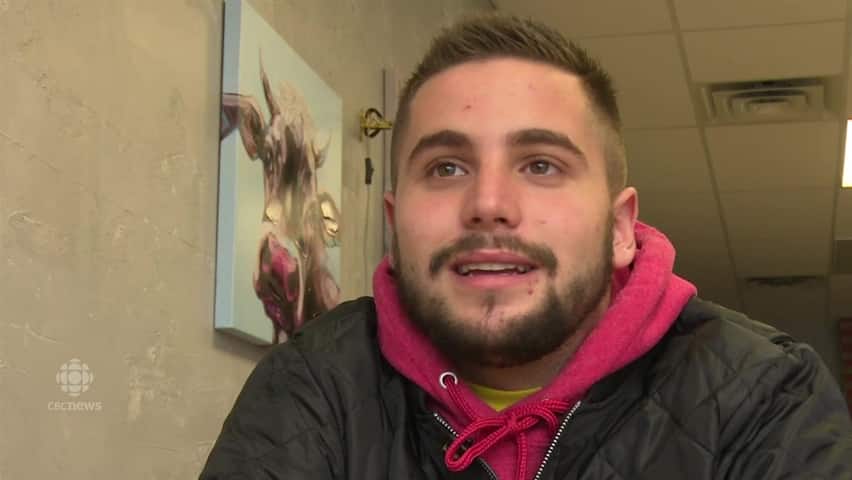 How a coffee shop helps one man stay sober

It took a while for him to get to this point though, and he said it wasn't easy.

Some days it's just a sober party and I never thought recovery could be this fun.- Jay Arruda

His journey of addiction started in high school. He had trouble fitting in along with some self-esteem issues. When he finally found a group of friends, they happened to smoke weed.

From there, Arruda did what he calls "people pleased" and began smoking pot too. That turned into cocaine, which led him to his drugs of choice — Oxycontin and fentanyl.

"That's when it started to get out of hand, around the twelfth grade," said Arruda.

"I actually turned 21 when I was in the treatment centre and it happened to be the best birthday of my life — I could remember it," said Arruda.

Much of his success can be attributed to the Spiritual Soldier Coffee Compound, he said, and the owners Mike Brown and James Lucier, who both have had their own struggles with drugs and addiction.

The cafe received referrals from hospitals, nurses and even withdrawal management services.

"We've had a lot of people come in here who have said 'I want help. I want to make a change in my life,'" said Brown. "I mean Jay is living proof of it. I mean, it's unbelievable to see because when we first saw him, it was not pretty. But we saw ourselves in him."

It's like a dream come true. It helps me every day.- Jay Arruda

Arruda describes the coffee compound as a place with good vibes, music, full of smiles and a group of people with a common goal of staying sober.

You can find him behind the counter sometimes, working part-time. But even when he's not on the clock, Arruda just hangs out with a smile on his face because "you can never be sad in this place."

"It's like a dream come true. It helps me every day," said Arruda.

'I'm not going to be that guy'

But all of this didn't come before hitting rock bottom. For Arruda, that was getting kicked out of his parents house, losing his job and not knowing how he would get his next meal.

Watch as Jay Arruda describes how his life spiralled out of control in high school because of drugs: 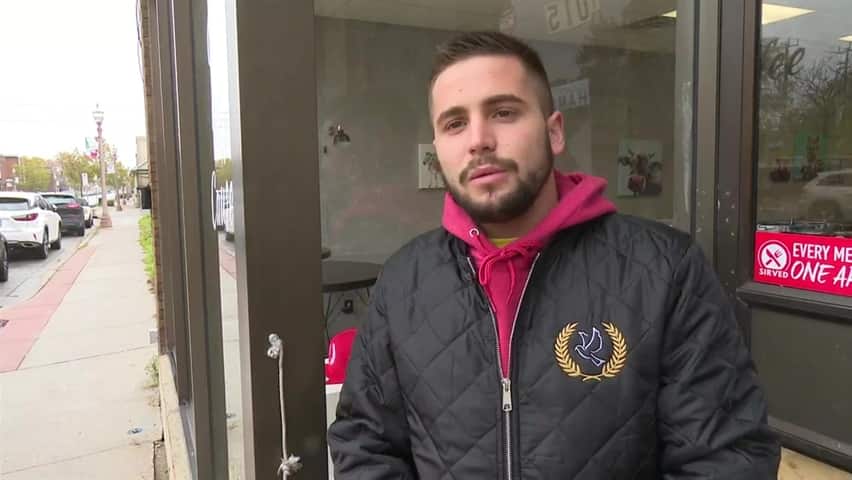 2 years agoVideo
1:50
Jay Arruda opens up about his past and how a drug addiction that start when he was young caused him to get kicked out, lose his job and eventually overdose. 1:50

Another terrifying experience for Arruda was the one drug overdose he experienced. The near-death moment "woke me up a bit," he said.

On top of that, Arruda's dad died of an overdose when he was younger, due to addiction.

"It's very hard. I even told myself I'm never going to do drugs, I'm not going to be that guy," said Arruda. "I believe I was even worse than my dad. I was just as close to dying as anybody else."

Looking down the road, into the future, Arruda wants to attend school in September to one day become an addictions counsellor.

It's a way he'll be able to share his story and help others — something he said his mom is proud to see.

And now, his family visits the coffee compound to celebrate Arruda's success.

"My nanna comes in here all the time and she leaves crying because she just can't believe her grandson is here, and he's sober," said Arruda.