Canadian man held captive in Syria says he was tortured, kept in cell that felt 'like a coffin'

Sean Moore returned to Canada on Tuesday after an attempt to help an Ontario woman bring her two sons home from Lebanon. He says he spent more than three weeks in a Syrian prison.

WARNING: This story includes details some may find disturbing

Sean Moore says he spent 26 days in a concrete cell full of feces and urine that was too small to lie down in.

The hours were punctuated by a rhythmic smacking and the screams of his fellow inmates. The first time he was hauled out, Moore said he discovered what was causing the sound.

The inmates were being whipped with straps, and soon, so was he.

"They have different styles of straps," Moore told CBC Windsor.

"I had thicker straps, I believe. I don't know if they had a schedule or they were bored, they would pull me out of the cell, blindfold me and they would strap my back and my front and my legs and the bottoms of my feet."

His captors provided him with a series of white shirts, once a garment became too soiled or bloodied, a clean one would be supplied. Moore still has one of those shirts. He plans to burn it.

The Chatham, Ont., man returned to Canada on Tuesday night after an attempt to help local woman Jolly Bimbachi take her two sons away from her ex-husband in Lebanon and bring them back home.

Bimbachi had been trying for years to get custody of the boys through lawyers or appeals to the Canadian government, but was not successful.

Moore said he became aware of her struggle through media reports and contacted her to say he was flying to Jordan and would be willing to travel to Lebanon to speak with her husband. 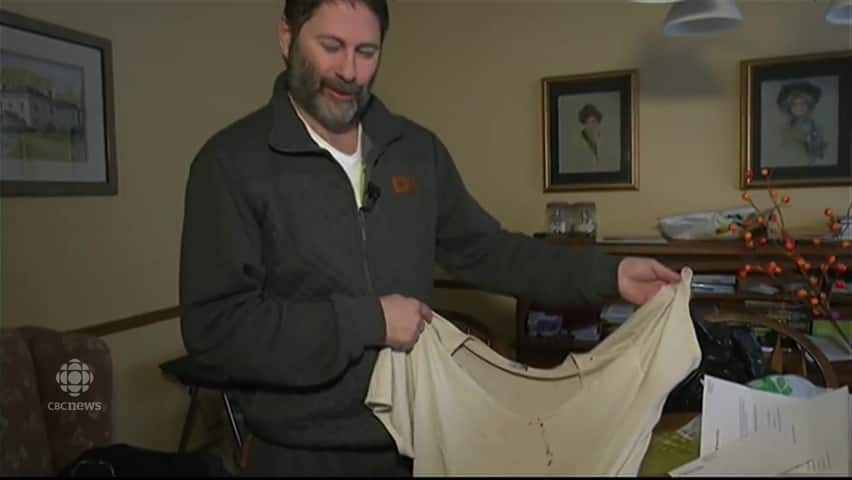 "One of the issues I have, especially in the Middle East, is women are treated not even like second-class citizens. Most of them can't even make a decision, they're not allowed to," he explained.

"I thought I'm going to be there, how easy is it for a man to talk to a man and say 'Do the right thing'?"

Moore met with Bimbachi's ex-husband a handful of times, but negotiations weren't going anywhere. In November she flew out to join him and to attend a court date for the ongoing custody battle.

While she was there, Moore said her husband threatened to harm her and the boys.

"I take a threat very seriously and my interpreter felt he was being serious," said Moore.

The two came up with a plan to smuggle the boys north, through Syria, and into Turkey where they would continue trying for custody. But it ended in disaster, with Bimbachi and Moore being held captive by al-Qaeda's branch in Syria.

"Hindsight is 20-20. The real trouble started the second we decided to go to Turkey, but we didn't realize it at that point."

Moore, Bimbachi and the children got in a taxi, but he said it stopped short of the Turkish border. Their escorts told them to get out and Moore said he was put in a disguise before they continued on foot.

He had misgivings, but Moore said there really wasn't much choice.

"If you move backwards you're for sure going to get killed, so moving forward was the safest option."

They were shuffled between safe houses for days, sometimes he was with Bimbachi and the boys, other times he was alone. Then one night Moore said men in uniform came to the place where they were staying and started beating on the door.

Moore called Global Affairs Canada and told them, "This is a problem."

He was taken to what he describes as an "al-Qaeda prison."

"It smelled like feces and urine, it was a very small, small cell," he said. "No ventilation, concrete on all sides and too small to lie down in like a bed, like a coffin. That's what it felt like, like a coffin."

'They continually wanted me to confess to being a spy.' — Sean Moore

During his near-month in the prison he was also given 12 uncooked french fries, which he ate slowly.

He said he was beaten with straps, his cell was flooded with water and he suffered torture akin to waterboarding.

"When they put the scarf around they would sometimes splash the water in… it was very difficult to get a breath," he said. "They would just laugh like it was funny."

"They continually wanted me to confess to being a spy. I'm not a spy, I'm a humanitarian," he said.

As the days dragged on, Moore said the only way he could exercise was to walk in place for hours. He tried to stay positive.

"I thought as long as they're blindfolding me that means they don't want me to see who they are , which means they're going to release me. I saw that as a huge positive." 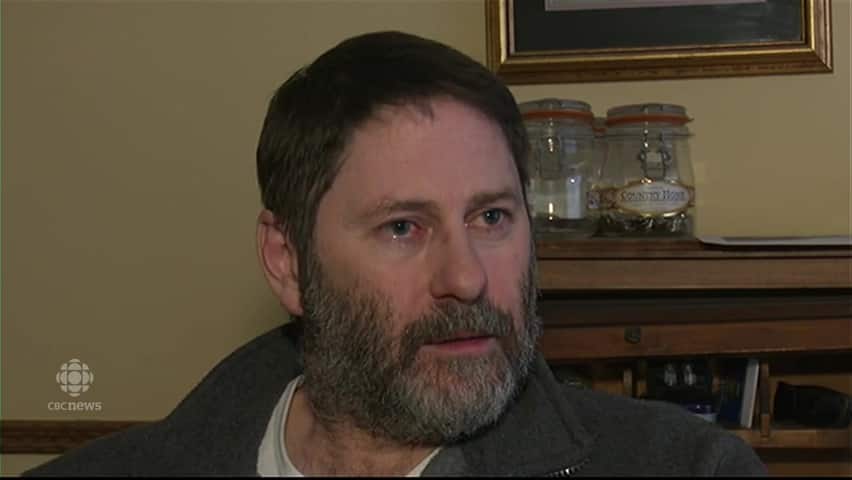 Sean Moore on why he went to Lebanon

Then, after more than three weeks in prison, Moore said he heard someone speaking English for the first time since he was locked up.

He was given a shower and told he would be reunited with Bimbachi — his captors were telling the truth.

The pair were given a script to memorize and Moore said he tried to be as convincing as he could when he spoke with media after being released Monday.

"When they told me what to say I wasn't going to argue with them," he explained. "I even hugged my captors who had been beating me, shook their hands and smiled and frankly, whatever they told me to do and say is what I did and said."

Moore said he's optimistic he'll recover from the ordeal. He does admit to one regret — not having a solid plan that was more organized — but still believes trying to bring the children to Turkey was the right decision.

"I think that from the get-go with the smuggling, they had already organized that they were going to take the money and not bring us to Turkey so I would probably have spent more time finding better criminals." 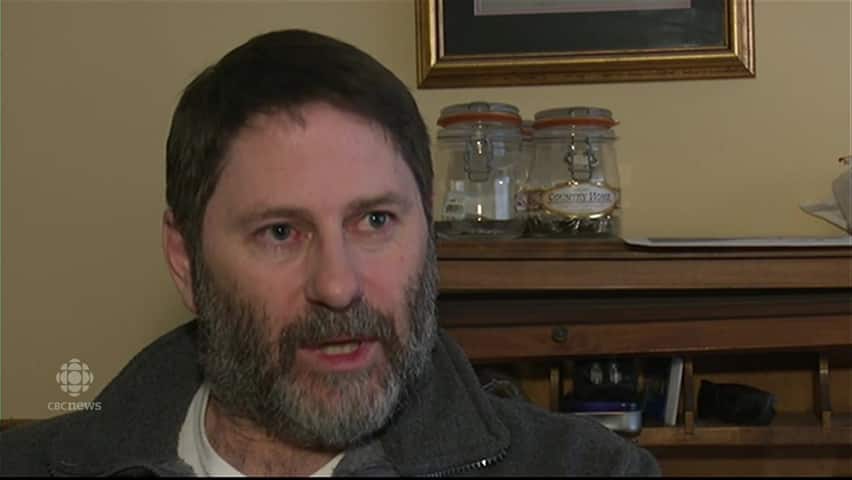