Jeannine Perrault talked with a sales person for about an hour before she signed the contract. She pays $49.99 plus tax a month to rent a high efficiency water softer and purification system from Ontario Energy Group.

'Come and get your product and let's rip up this contract' 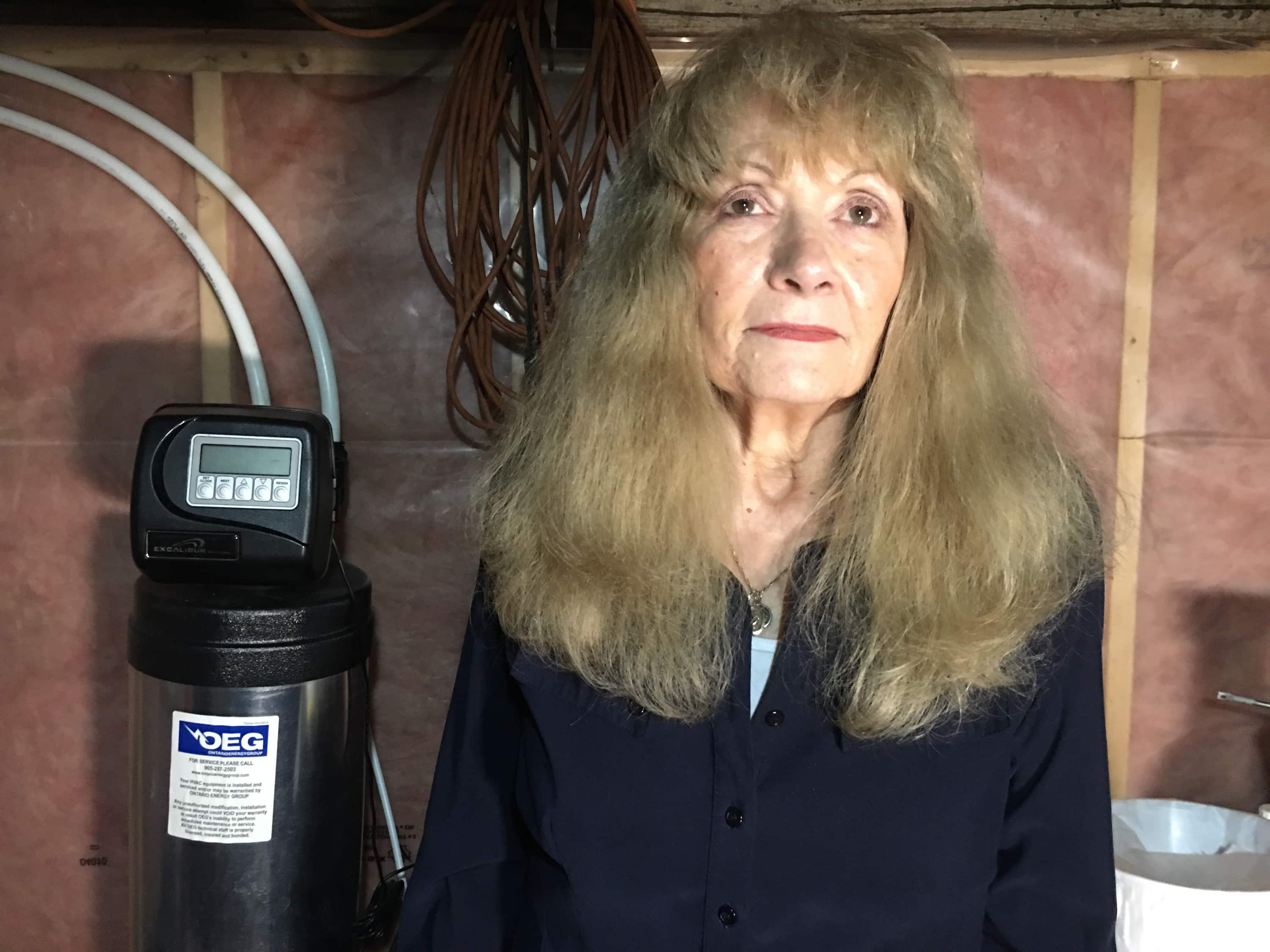 Windsor woman wants out of 15-year contract, feels she was scammed

4 years agoVideo
0:20
Jeannine Perrault had a sales person from Ontario Energy Group come to her hour in April 2016. She said the woman talked to her for about an hour before she signed the contract. Perrault pays $49.99 plus tax a month to rent a high efficiency water softer and purification system from Ontario Energy Group. As well, the company's agreement also said there is an annual increase limited to 3.8 per cent a year. 0:20

After a knock on the door from a sales person, one Windsor senior citizen was left with a broken machine and a 15-year contract.

Under the agreement Perrault pays $49.99 plus tax a month to rent the equipment from the Ontario Energy Group with an annual increase limited to 3.8 per cent a year.

Part of the saleswoman's pitch included using electrodes in a glass of water, which turned the water brown and highlighting government incentive rebates for installing energy efficient appliances, said Perrault.

"It sounded pretty legal to me, because the government does have a lot of options for people and incentives to help people with their homes," she explained.

Perrault said she was recovering from a hip replacement at the time and when the saleswoman said she needed a blank cheque, she drove Perrault to the bank so she could get one.

That water purifier was installed that afternoon.

A month later, she said two repair technicians came by to check up on the equipment and told her the two water purifiers were missing. She said the men then offered to do more work for a few more dollars, but Perrault told them to leave.

It was the middle of January 2017, when things started to go south for her water softener.

"I was going to do the laundry, tried to put the lights on, nothing. There was absolutely no light down there whatsoever," said Perrault. "So that's when I started checking everything and found out it was the pump that was flicking off the breaker switch."

Oil had also made its way into her sump pump, which she suspects came from the water softener machine and broke it.

After replacing her sump pump, Perrault called Ontario Energy Group to have someone over to fix her softener, but said she has only gotten the runaround.

In an email to CBC the company's president Eugene Farber, said their files show Perrault reported a problem on Jan. 17, 2017, but she refused to let them repair it.

He said Ontario Energy records every incoming and outgoing call and that the company is willing to cancel the contract if the problems truly are with their equipment and they have been given an opportunity to come out and repair or replace it.

He also noted that he relies on the company's system and has no direct dealings with the customer.

"I did not refuse service. I've been trying to get them to fix it. They have not showing up twice, three times now," said Perrault. "Come and get your product and let's rip up this B.S. contract that we filled out and get on with our lives."

According to a news release, the Ministry of Government and Consumer Services laid over 100 charges under the Consumer Protection Act against the Ontario Energy Group and Farber.

The charges came after an investigation launched by a large number of complaints by consumers and inquiries about the companies practices, according to the ministry.

The charges include using false and misleading practices, failure to deliver a contract and failure to refund. The release from the provincial government was dated five days after Perrault signed her contract.

A class action lawsuit has also been filed by Hugh Cullation against MDG Newmarket Inc., under which Ontario Energy Group and Farber operate.

Technicians from Ontario Energy Group arrived for a 2 p.m. appointment with Perrault several hours late on Friday, but then agreed to replace her equipment. Regardless, Perrault says she still plans to join the class action lawsuit.

with files from Robin Brown