Here's how skateboarding helped this Windsorite connect with the local community

Sasha Senior first stepped on a skateboard at 13 years old. Now, at 31, the mother of two, teaches others in the community how to skateboard, runs her own skateboard shop and also juggles full-time work with the Royal Canadian Armoured Corps.

Growing up, Sasha Senior didn't see a lot of skateboarders who looked like her

Sasha Senior first stepped on a skateboard at 13 years old.

Now, at 31, the mother of two teaches others in the community how to skateboard, runs her own skateboard store, Bliss Skateboard Shop, while also juggling full-time work with the Royal Canadian Armoured Corps.

Senior said growing up, there weren't a lot of skateboarders who looked like her — Black and female. She didn't find herself fitting in with the skateboarding culture, but she didn't let that deter her from keeping the wheels turning.

"Being a Black woman, especially when I was younger in high school, skateboarding wasn't the cool thing."

"I felt alone a little bit," she said, adding that it helped seeing professional skaters of colour, including Stevie Williams, Paul Rodriguez and Eric Koston to motivate her to keep skating.

As a young teen, Senior and her family moved to Alton, Ont. — about an hour away from Toronto — where she stood out "like a black sheep."

"There were no other Black families. We were the only Black family there," she said. "But the kids were skateboarding on the street. And I was like, 'I want to make friends. I want to skate.'"

And she continued doing so, not letting anyone discourage her.

"I never let it bother me because I didn't care. This is something that I like doing. I'm not going to change what I like doing just because a group of people think that it's not cool."

Senior said the culture has evolved since and noticed many women who look like her that are now skateboarding.

"It really wasn't up until, like a couple of years ago that I started contacting or coming in contact with more females that skate. Most of the time I've been skateboarding, it's always been with guys because it's a male dominant sport," she said. "It's a lot different now than it was back then."

She says the skateboarding community is accepting, loving and anyone is welcome to join, regardless of gender, race or class.

The sport is also liberating and can be tailored around each individual's interests and skill set, according to Senior.

But after a really bad injury, Senior stopped skateboarding for a couple of years.

"I dislocated my ankle, shattered my tibia, broke a bone in my foot," she said.

It wasn't until Senior gave birth to her son and realized she was spending so much time focused on raising him and not enough on doing something she enjoys that she finally picked up a board again.

So, in 2016, she rediscovered her passion for the sport.

"From there, it kind of is just like, 'I love this. I love the fact that this is what I'm good at. I can do this. I can take my time with it. I can learn at my own pace,'" she said.

"I didn't realize it was my passion until I stopped and got back into it. And it's a stress relief for me to be able to go out and skate and do things freely. It's a way of me releasing energy. It's my outlet."

Senior now hopes to share her joy and passion for skateboarding with the Windsor community through her shop — which she opened this year — as well as offering informal lessons at parks when she practices.

"Skateboarding is a thing where if you're not in the culture, you don't know how big it is, and then once you start connecting with one skateboarder, then you know someone else."

After moving to Windsor for school in 2012, she decided to stay after becoming more involved with the community.

"Skateboarding has definitely been a way to connect with the community and I know there's going to be a lot more of that once we get a grip on on the whole pandemic," she said.

She said she got more involved in the community after opening up her shop and meeting new people, including Chloe Lewis, a customer-turned-friend.

"I feel like I'm part of the community now," said Lewis, who recently moved to Windsor from the Toronto area. "And that's been in large part due to the skateboard shop and due to Sasha."

Senior said she can't wait to meet more people, expand her services and further connect with the local community through skateboarding in the near future. 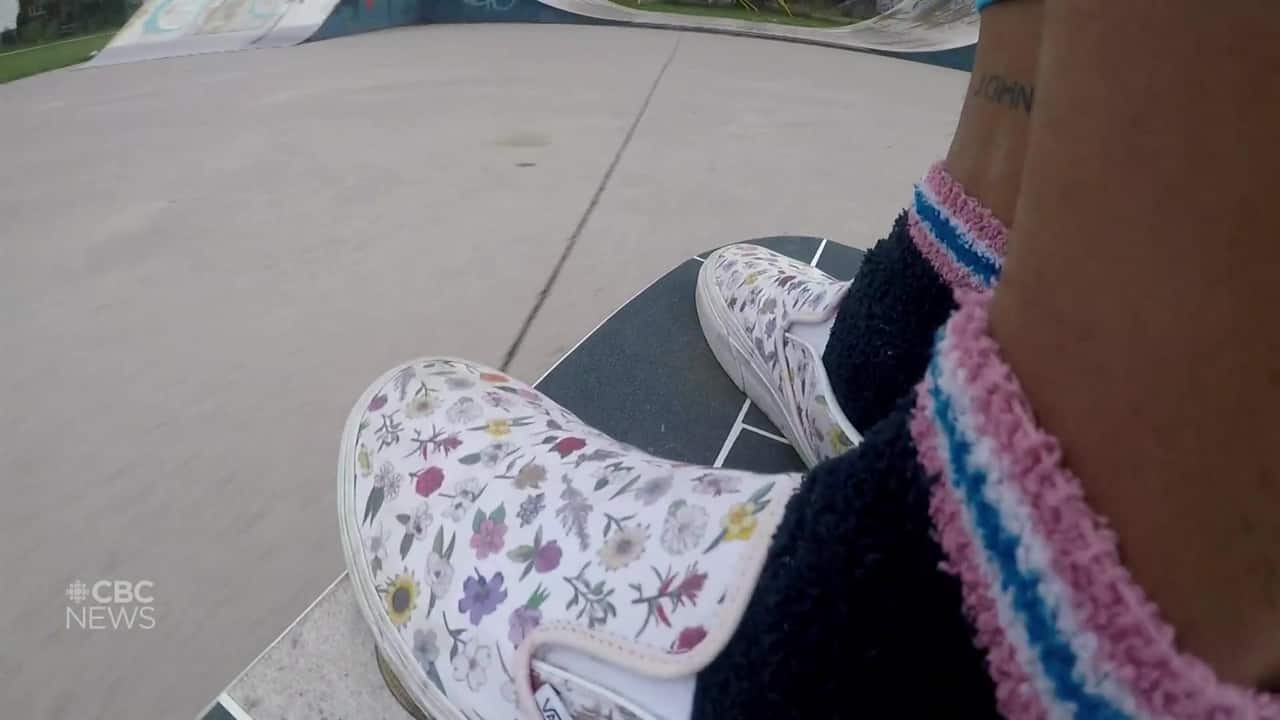 10 days ago
1:49
Senior said growing up, there weren't a lot of skateboarders who looked like her — Black and female. She didn't find herself fitting in with the skateboarding culture, but she didn't let that deter her from keeping the wheels turning. (Tahmina Aziz/CBC) 1:49

The CBC's Tahmina Aziz currently reports out of Windsor and Toronto for TV, radio and web. Have a story? Email tahmina.aziz@cbc.ca. Twitter: @tahmina_aziz