After seeing a crowd of people out dancing on a patio, a local restaurant owner worries that provincial restrictions will revert back to what they once were and shut down his businesses once again.

The incident happened hours after the province tightened restrictions

After seeing a crowd of people out dancing on a patio, a local restaurant owner worries that provincial restrictions will revert back to what they once were and shut down his businesses once again.

The party came after the province announced new tighter rules Friday, forcing all restaurants and bars to make their last call at 11 p.m. and close no later than midnight.

"The fear is if people don't behave and don't keep their patrons behaved that the city or the provincial government will reverse it and all of us will be punished, not just one venue but all of us and that's something none of us want to see because we can't survive it again," said Griffith, who owns Patio Lounge and has plans to open Chatham Street Diner this coming weekend. 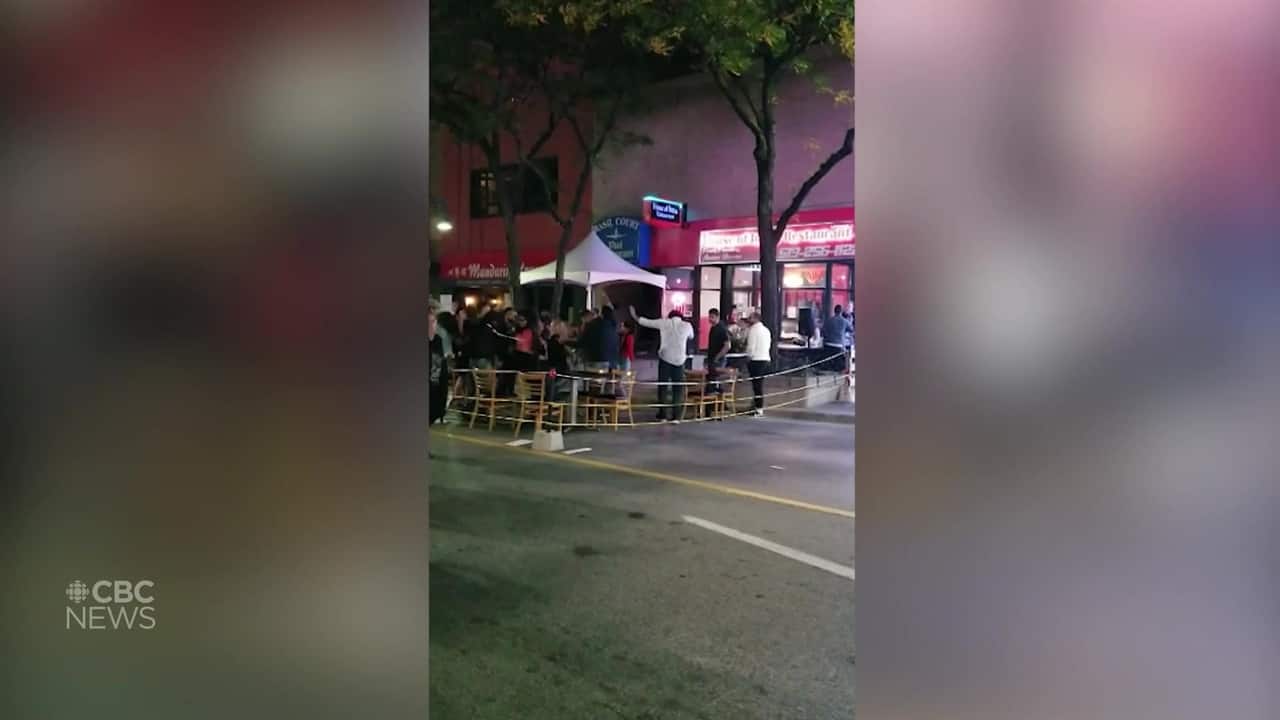 "It's so scary that they're going to close us again, the fear is out there right now in the community that we're going to go backwards, we're going into winter," he said.

Rajinder Bains, who owns the House of India restaurant, said he was busy in the kitchen when some customers began dancing to music his hired DJ was playing. He said people from the street joined in and when he found out, he stopped the music and immediately broke up the crowd.

Griffith said he was frustrated and angry when he saw the crowd and wonders why bylaw enforcement wasn't patrolling the area the first night the new restrictions were in place, to ensure everyone was following — or at least making sure people were aware of the new rules.

"Why weren't they fined? Why [wasn't] every person on that patio fined?" he said. "We have to fill out contact sheets so they know who they were so they do need to go take care of that and show that this isn't going to be accepted."

According to the Windsor-Essex County Health Unit's CEO Theresa Marentette, to date Windsor hasn't handed out any non-compliance fines.

In response to the event, the chair of Windsor's Downtown Business Improvement Association Brian Yeomans says rules and regulations have been changing very quickly and it's a learning curve for every business.

"We've been doing our best to educate them," Yeomans said. "We do what we can, but we do have to rely on the businesses to take their own responsibilities for situations that they find themselves in."