Just one year after competing in her first professional fight, Randi Field of Windsor, Ont. has signed a multi-fight deal with Bellator MMA.

Just one year after competing in her first professional fight, undefeated prospect Randi Field of Windsor, Ont. has signed a multi-fight deal with Bellator MMA.

The 30-year-old's signing was confirmed to CBC News by promotion officials.

"I don't think it's actually hit me yet," said Field, minutes after signing the contract during her interview with CBC News.

Field (2-0) had previously been slotted to fight for the strawweight championship of Prospect Fighting Championships (PFC), a regional promotion based out of southwestern Ontario.

The COVID-19 pandemic, however, derailed that plan. But Field's management team got right to work to scope out new opportunities for her.

"They really helped us get the ball rolling so that these other organizations do recognize me and are able to watch my fights. From there, they decided that I was someone that they wanted to put on the roster," said Field.

Her training would normally take place out of Border City Boxing Club in Windsor and Michigan Top Team in Southfield, Mich., but with COVID-19 travel restrictions keeping the latter inaccessible due to the Ambassador Bridge border crossing being shut down to non-essential travel, Field has converted her basement into an MMA gym.

WATCH: Tap on the player below as Randi Field signs her contract with Bellator MMA: 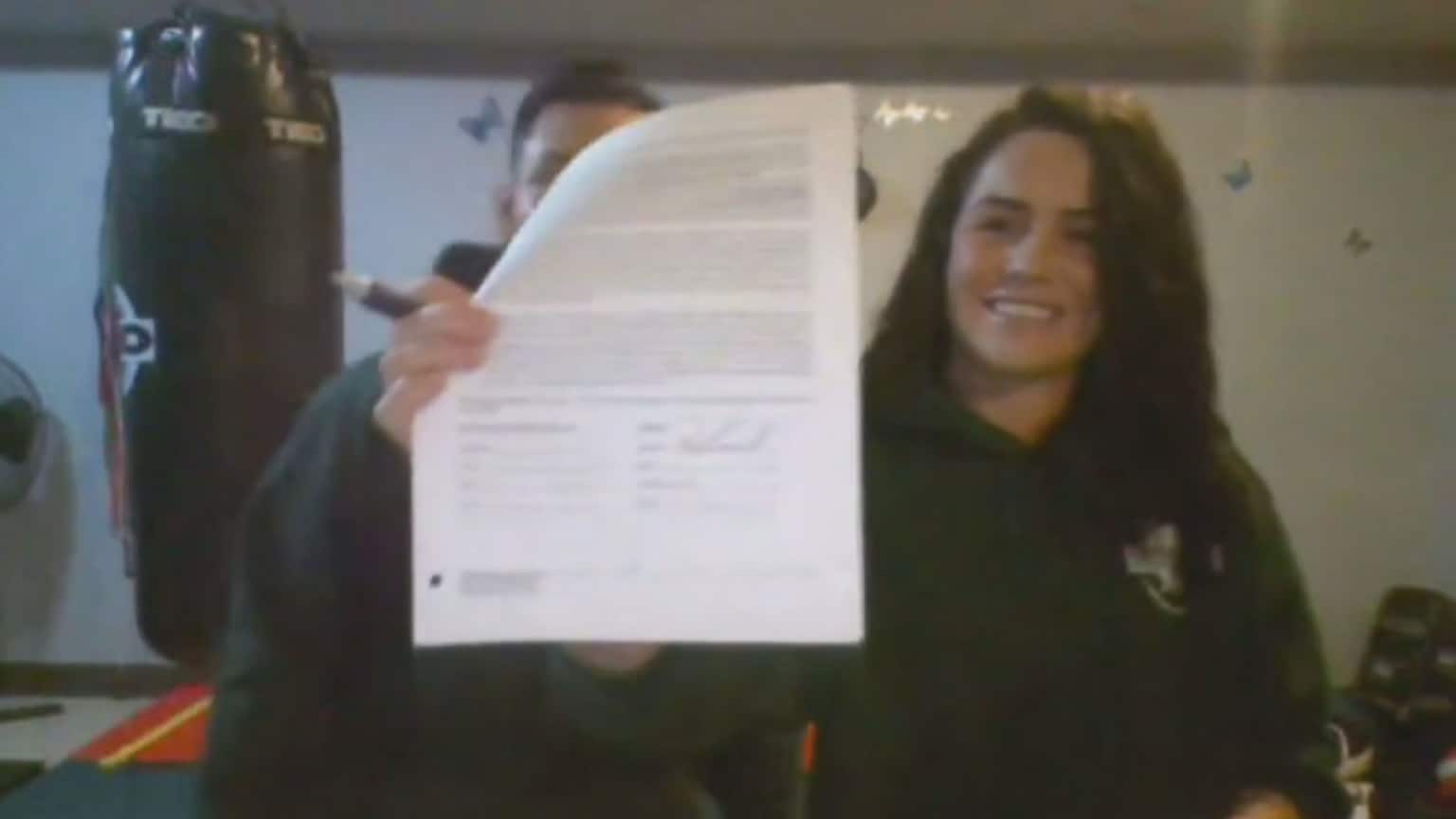 Following a six-fight stint as an amateur fighter, Field went pro back in June 2019, defeating Amanda Borg by first-round TKO at PFC 10. That momentum carried forward into her second professional fight six months later, picking up a unanimous decision victory over Melissa Karagianis.

"She's only been in the game for less than six years and she's already on the biggest stage. Most fighters take 10 or 15 years to get to where she is right now," her boyfriend and coach Manny Alfaro said. "Randi deserves this and more. The sky's the limit."

Field's first fight inside the Bellator cage will take place in the flyweight division (125-pounds) and is being targeted for shortly before the end of 2020. Details on an opponent have yet to be announced.

"The best feeling was telling my daughter about it and telling her that all this time I've spent training is for a reason," said Field.

"I'm so excited to show my kids what it is to work hard and really go after your dreams and to keep your support system strong, keep your circle solid — and we have these people that have been with us since day one and they're bringing us right up to the top."