The Essex Terminal Railway is warning people who trespass into rail yards and illegally climb over barriers at a crossing their actions could be deadly. 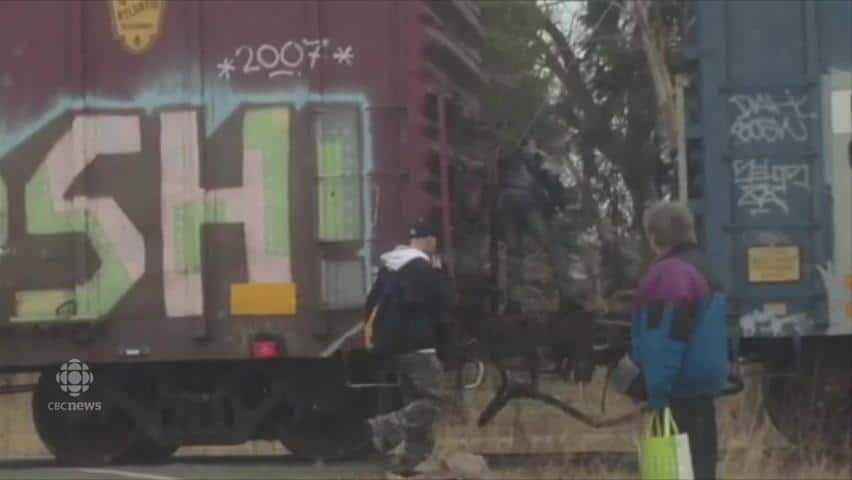 6 years ago
1:01
Essex Terminal Railway is asking people to stop trespass into rail yards and illegally climbing over barriers at a crossings. 1:01

The Essex Terminal Railway is warning people who trespass into rail yards and illegally climb over barriers at a crossing that their actions could be deadly.

"You get the impatient person and they are not thinking, they think the train is not going to move again, but trains move at any time and someone who gets caught in that position, it could be fatal for them," said Ivan Pratt, the assistant superintendent, Essex Terminal Railway (ETR).

The warning comes on the 13th year of Rail Safety Week in Canada.

According to the Transportation Safety Board of Canada, in 2014 there were 21 people who died at a railway crossing and 36 who died while trespassing along rail lines.

ETR also said far too often they find young people walking in the middle of tracks with headphones on, which could be dangerous.

Pratt said trespassers are not fooling him. He knows how they get on the rail yard.

"What better way to cross railway property than make a hole in the fence, cut through, and away I go and I'm going to either crawl underneath the rail cars or I'm going to come and climb across the end instead of going a short distance down to the crossing and crossing safely," said Pratt.

Pratt warns people on a daily basis, but he said it seems to not make a difference.

"They just view it as a shortcut and away they go, but yet they are trespassing, they are committing a criminal offence and they are putting themselves in a very dangerous situation," he said.

Facts are taken from the Operation Life Saver website.