As the City of Windsor continues to struggle with an opioid crisis, community leaders, politicians and health officials have been calling for concrete action to prevent opioid-related deaths.

Two key suggestions are the implementation of supervised injection sites and for police officers to carry naloxone kits.

But during a year-end interview with CBC News, police chief Al Frederick said — as he's stated before — he's not in favour of either.

"I am dead against it," he said, about having a supervised injection site in Windsor. He argued the sites could result in a host of public safety issues and that they could escalate crime rates.

"I can't compromise someone's public safety here in order to facilitate the illicit use of drugs over here." 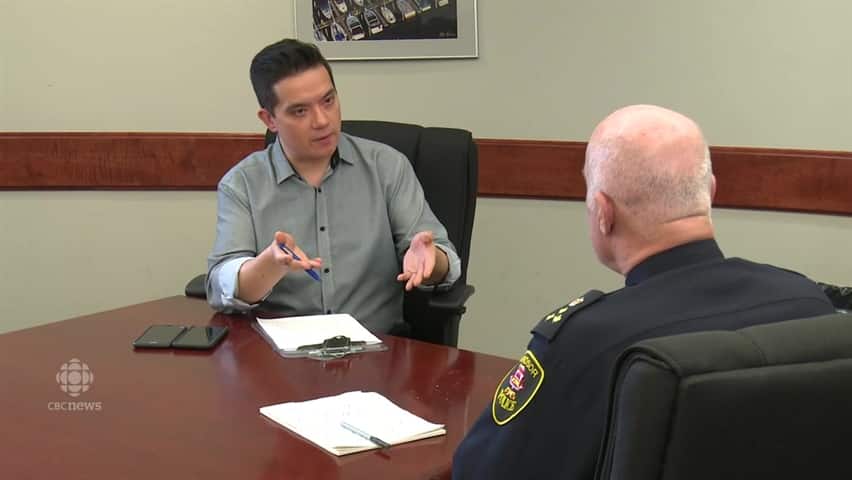 2 years agoVideo
3:39
During a year-end interview with CBC, Police Chief Al Frederick discusses supervised injection sites and whether or not police officers should carry naloxone. 3:39

There have also been growing calls from politicians like Windsor West MPP Lisa Gretzky to equip police officers with naloxone, which can potentially reverse opioid overdoses.

She has said the Windsor Police Service is the only force in the province not equipping officers with the antidote, despite a commitment from the provincial government to provide the kits free of charge.

However, Frederick still doesn't believe having officers equipped with naloxone the right approach.

"I can tell you that our officers are not medical responders, he said.

"I believe strongly that officers carrying naloxone is not the best response for a person suffering from an overdose. That would be a medical responder."

With files from Arms Bumanlag