Not qualifying for tuition assistance may mean some people won't be able to go to school, says one college student.

Although Ontario plans to cut post-secondary education tuition by 10 per cent, students aren't all optimistic about their future financial situations.

Along with the reduction, the government is also overhauling the Ontario Student Assistance Plan (OSAP) and eliminating free tuition for students with a household income of less than $50,000.

Mary-Ellen Bryant, first-year student at St. Clair College, worries if she doesn't qualify for OSAP next year, she might have to take a break from college.

"I have two part-time jobs. And even with that, it's hard to cover everything," she said. Her family isn't contributing anything and the OSAP cheque that arrived a few days ago helped put things "back in the positive" for her.

Even though there is a planned 10 per cent tuition reduction, Bryant said that wouldn't help someone in her situation who relies heavily on OSAP. 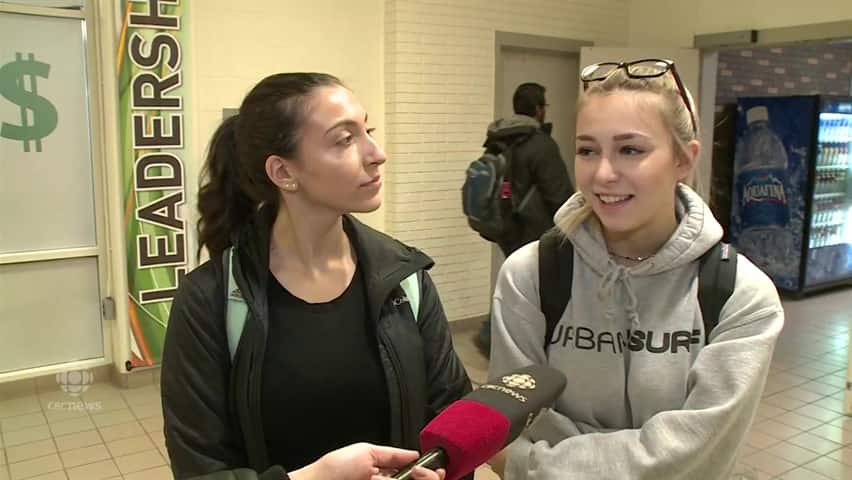 Students describe how lowering the tuition could help them

2 years agoVideo
0:26
A day before Ontario announced changes to OSAP, some students were happy to see tuition will be lowered. 0:26

She may have to dip into her savings to pay for school next year, or ask her family for help — something she describes as being an awkward position to be in.

"Honestly I think a lot of people, including myself, would probably not go [to school] rather than asking for help from family." 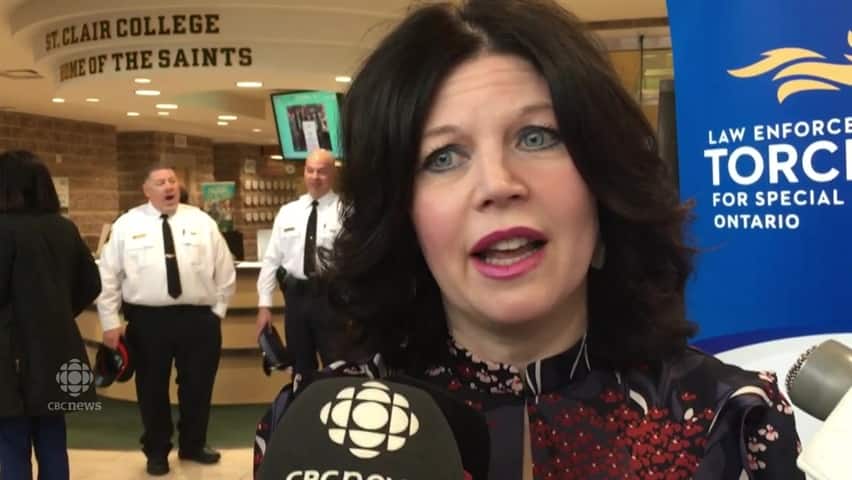 And at the University of Windsor, the reduction will lead to a loss of $10 million for the school, according to interim president Douglas Kneale.

After the new provincial government was elected, Kneale said the school started to model different types of funding cuts to prepare for when they arrived.

The college was also expecting "a reduction in some way," said France.

"The devil's in the details, so until you actually know what that looks like ... if it supports access to education from a student perspective, we're thrilled about that."

What are 'necessary' student fees?

In the province's plan, there's also a push to allow students to pay only what is necessary in student fees. Kneale said the school is waiting to hear back from the Ministry of Training, Colleges and Universities for the "technical details."

So far the ministry has only given a high-level look at which fees would be considered compulsory, which Kneale said includes "health and wellness, academic support, athletics and recreation."

"We need more clarification than that."

Some of the fees students pay at the university include student alliance operating costs, operating and expansion costs for the student centre, a recreation fee (in addition to a sports and recreation capital fee), as well as society fees based on the program.

One controversial fee included in tuition at U Windsor is the U-Pass, which the student alliance made mandatory unless you live outside of Transit Windsor's operating area.

These changes to OSAP and student fee collection policies are just what Jeremiah Bowers feared.

He's the president of the University of Windsor Students' Alliance. When Ontario announced it was cutting tuition fees back by 10 per cent Wednesday, Bowers worried what it would mean for what the school will be able to offer.

"We're concerned that with a tuition cut, that's lost revenue for the university, and therefore that may mean cuts to services and programs which are essential to students," said Bowers.

At St. Clair College, student association president Holly Nicholson had the same thought. She's especially worried about what might be considered a mandatory fee.

"We were shocked to hear the news," said Nicholson. "We're hopeful that it's going to be a good thing for our students, and it looks like a good thing on the surface."

As a student association, Nicholson said they provide "a lot of services" for students and that students would miss out on a lot of things if that fee wasn't mandatory.

"We provide food services on campus, we run a food bank for our students," listed Nicholson, adding that computer labs and study rooms at the college were also under the student association's responsibility.

"On top of that, we act as a liaison between our college senior admin and the study body and we advocate on their behalf," said Nicholson. "If that fee isn't mandatory, you're missing out on a lot besides your concerts and pub nights."

"Just not at the further expense of students."

With files from Sanjay Maru, Katerina Georgieva and Angelica Haggert