The discovery of the partial skeleton of a woolly mammoth in a Michigan farm field is not just a story of an extinct creature, but also a story of the people who once roamed the area, says the professor who confirmed the finding.

The discovery of the partial skeleton of a woolly mammoth in a Michigan farm field is not just a story of an extinct creature, but also a story of the people who once roamed the area, says the professor who confirmed the finding.

The University of Michigan reports that the partial remains of the animal were found in a farmer's field, which is located about 16 kilometres southwest of Ann Arbor, Mich.

The university was notified about the discovery on Wednesday and their staff began excavation work at the scene the next day.

Dan Fisher, a paleontologist and professor at the University of Michigan, said that he and others found more of what they were looking for when they got to digging through the site, which is about an hour's drive from the Windsor-Detroit border crossing. "We got down pretty quick to the level where they had found bones and saw that, as expected, there were more," he told CBC Radio's Afternoon Drive in an interview on Friday.

In a video posted on the University of Michigan website, which can be viewed below, Fisher estimated the mammoth was in its 40s at the time of its death and likely lived between 10,000 and 15,000 years ago. The bones have not yet been carbon dated.

He said the recovered bones include its skull, jaw, tusks and many of its vertebrae and ribs, along with some of its shoulder blades, some of its pelvis and a kneecap.

On Afternoon Drive, Fisher explained that the recovered remains total about one-fifth of the animal.

Fisher said that the "animal had been disarticulated," a final resting state that suggests the bones may have been left there as a result of human involvement. 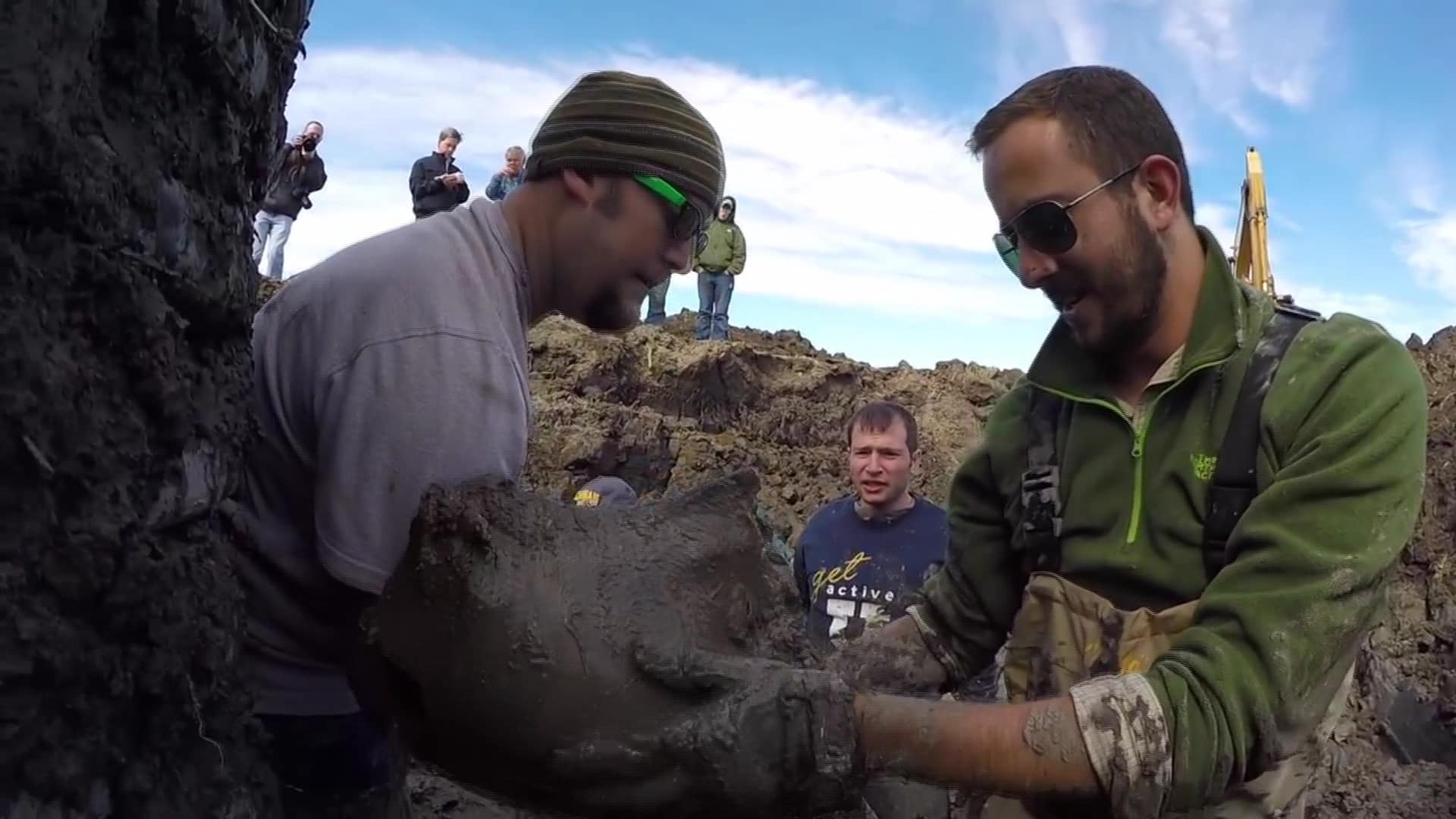 "We've seen this sort of thing at other sites before," Fisher said Friday.

"As best we've been able to interpret it, ancient humans living in these areas and subsisting on these kinds of animals, among others, would in many cases hunt these animals, in other cases perhaps scavenge carcasses of such animals."

Fisher said these humans would eat what they could when they got hold of a mammoth, but they wouldn't be able to consume it all at one time.

"But what do you do with 3,000 pounds of leftovers?" Fisher said, explaining that they came up with a way to store their food.

"The answer is that they developed a way to submerge carcass parts in ponds and a combination of the chemistry of the water, the temperature and a variety of other conditions allows that meat to be quite well-preserved for months and months and they would then come back to these stored carcass parts and retrieve additional meat as their needs demanded."

Fisher said this connection between the people that likely left the mammoth bones in their current state and the animal itself, makes the finding of the remains all the more meaningful.

"It very much has a lot to tell us about the ancient history of this part of the world," he said.