Acting police chief Pam Mizuno has been officially given the chief title in Windsor. Windsor Mayor Drew Dilkens made the announcement at a surprise gathering at St. Gabriel Catholic Elementary School Friday morning, confirming the Windsor Police Board had made their decision. 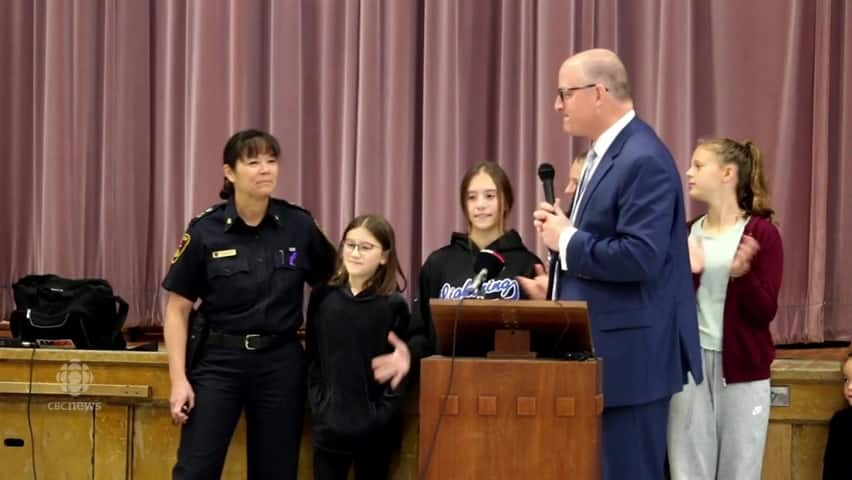 1 year agoVideo
2:44
Mizuno is the first female to be named chief in WPS history. Video from Windsor Essex Catholic District School Board. 2:44

Pam Mizuno has been officially named the City of Windsor's newest chief of police.

Windsor Mayor Drew Dilkens made the announcement at a surprise gathering at St. Gabriel Catholic Elementary School Friday morning, confirming the Windsor Police Board had made their decision.

Mizuno joined the service in 1994 and was named superintendent in 2016. In 2018, she took a deputy chief role, later taking on the role of acting chief of police following former top cop Al Frederick's retirement on June 27.

Mizuno is the first woman to be named chief in a police service where 81.7 per cent of sworn officers identify as men.

She said she was "humbled and honoured" by the appointment. 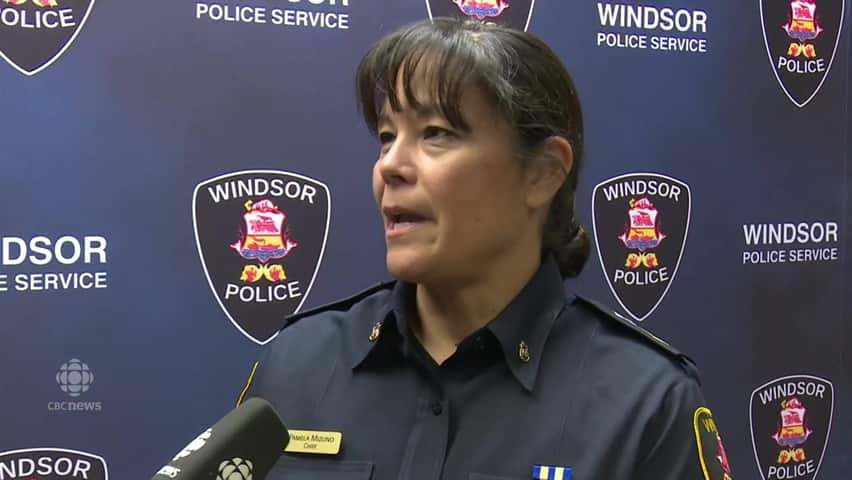 On the subject of diversity, Mizuno said she believes it's important for the city's police force to "be reflective of our community and we do want to make improvements in that area."

She acknowledged that "addictions and homelessness and mental health issues" are all central concerns to the Windsor community, saying she'll deliver more details about her policy goals in a media conference scheduled next week.

Staff Sgt. Lisa Cheney said Mizuno's appointment "says a lot for Windsor police and how they're promoting women and making it a wide-open field for us to go as far as we want in this organization."

Const. Talya Natyshak — who was encouraged by Mizuno to apply for a position in the service's corporate communications department — echoed Cheney's comments, saying "it was a great moment for Windsor police and of course females in the Windsor police."

"It show that anything really is possible and achievable within this police service," Natyshak said.

Both Cheney and Natyshak described working with Mizuno as a positive experience.

"[She's] always very positive, always very open, always encouraging for any kind of career path, and also just gave me that little push here and there that I needed to go forward and accomplish anything that I was looking to accomplish here," said Cheney

'Everything we wanted in a chief,' says police board vice-chair

Amherstburg Mayor Aldo DiCarlo — who serves as the Windsor Police Service Board's vice-chair — described Mizuno as the "most-qualified person who applied," adding that it was "long overdue that we had a female police chief."

"In the end, we got … everything we wanted in a chief," said DiCarlo.

According to DiCarlo, the board received "quite a few" applications for the city's top cop job, saying "it took a while to narrow it down."

"This is not a small job by any means," he said, adding that Mizuno will be responsible for policing Windsor, as well as the Town of Amherstburg. "When you're hiring a position like that, you want to do everything you can to make sure get it right the first time."

DiCarlo addressed the subject of a lack of gender diversity among Windsor police officers, saying "lots of complaints" are received about the ratio of female-to-male officers.

DiCarlo said he was "very confident" in Mizuno's appointment.

Concerns about the 'Windsor Way'

Elie Labaky, an Ottawa-based lawyer who specializes in police law, said officers who have spoken to him about Mizuno's appointment are "overwhelmingly excited to have her."

"It was a very good choice on the part of the board and the mayor to select her," Labaky said.

Still, the Ottawa-based lawyer had specific concerns about Windsor's police force, describing the service as an "Old boys' club," pointing to lack of diversity and equal gender representation as prominent issues.

"If you dare to challenge that, you're going to be with the response that this is just the 'Windsor Way,'" he said. "The Windsor Way is a term that officers use within the Windsor Police Service to describe a system wherein your suggestions, your feedback or your questions are not welcome."

Labaky said Mizuno's ability to change the so-called Windsor Way is something that can only be determined over the course of her tenure as chief of police.

The city's police services board remains under investigation by the Ontario Civilian Police Commission, and the service has some of the highest human rights complaints among any force in Ontario.

Additionally, a human rights case between a Windsor police staff sergeant and the police force remains before the Ontario Human Rights Tribunal

In response to concerns about human rights, Mizuno said she's proud of all members of the police service.

"I think we have one of the best police services in Ontario, and the public should have confidence in our service," she said.

Labaky said he's confident Mizuno will attempt to affect change, but added that those around her — including executive-ranking officers and Windsor's mayor — will need to support her as well.

Labaky said a "simple solution" would be to hire an "independent, third-party" investigator.

With files from Chris Ensing, Katerina Georgieva and Dale Molnar