‘If you help patients, you help get them off the streets,’ says Dr. Nadia Alam

The president of the Ontario Medical Association's reaction to a supervised injection site advocate offering to be with people while they use drugs is that he's demonstrating "the most humane part of us as a society."

Dr. Nadia Alam said Brandon Bailey of Windsor must feel alone in his efforts to stop overdose-related deaths from happening, but he isn't.

"I've seen the same sorts of reasons that drive physicians and other caregivers to work with such a difficult population, people with addiction and mental health needs," she said.

Bailey posted his cell phone publicly and told people they can contact him so they don't use drugs alone. It happened after his friend died as a result of a suspected drug overdose.

Alam tweeted people, "shouldn't have to resort to that to keep patients safe."

The subject of supervised injection sites and police officers carrying opioid antidote naloxone have come up several times in recent months, in light of a string of suspected overdose deaths across the city.

Windsor police chief Al Frederick and mayor Drew Dilkens are not in favour of supervised injection sites in the city.

During their individual year-end interviews with CBC Windsor, they each mentioned potential rising crime rates with such a site as reasons for being against them.

"I've been to Toronto around their OPS sites, I don't like what I see there," said Dilkens.

Stigma and fear to help

However, according to Alam, the idea that sites bring more crime to a city isn't true.

"Studies show that communities that have supervised consumption sites and addiction treatment centres are actually safer, because you're bringing things out of shadows and into the light," she said. 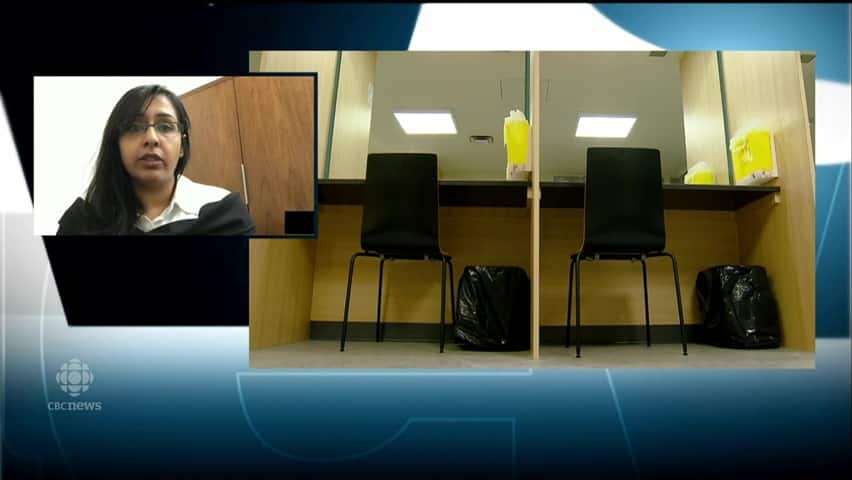 'These are fellow human beings'

2 years ago
1:29
Dr. Nadia Alam explains the benefits of a supervised injection site. 1:29

She mentioned that the opioid crisis is happening regardless of whether people want to see it or not.

She said there is a lot of stigma surrounding addiction and mental health issues, and that can lead to people being afraid to help.

In London, where there is a supervised consumption site, Alam said it is "a very medical system," and patients are able to access clean materials to use drugs. There is also staff on-site to help them if they happen to overdose.