Ontario Child Benefit increases to be tied to inflation

Ontario will increase the size of the its Ontario Child Benefit in each of the next two years and give early childhood educators a raise. 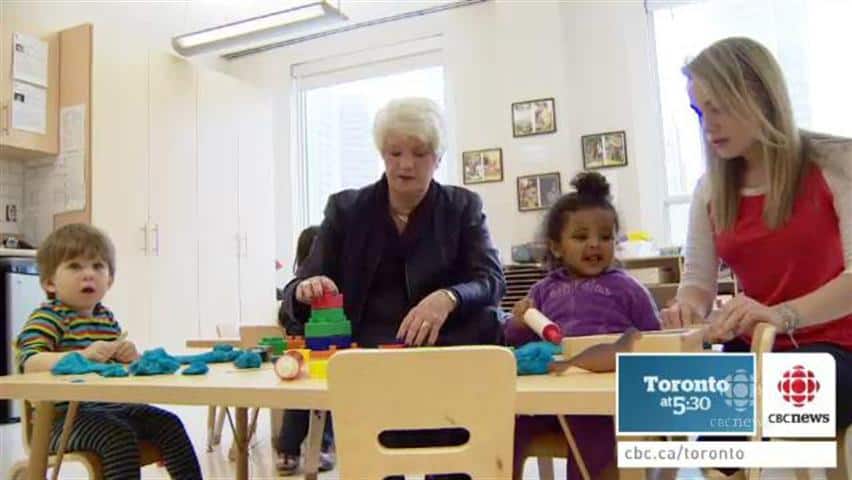 7 years ago
1:55
Ontario's Liberals plan to give some early childhood workers a raise. 1:55

Ontario will increase the size of the its Ontario Child Benefit in each of the next two years. But, only if the May 1 budget passes.

As part of a previously passed budget, the benefit will increase on July 1 by as much as $100, depending on a family's income.

However, the governing Liberals on Tuesday announced a proposal to tie future increases to the rate of inflation, beginning in July 2015.

Liberals claim the benefit has lifted 60,000 kids from poverty since 2008.

Sharon Gosine, a parent in Windsor, Ont., appreciates the benefit.

"Without it, you would feel it. You have other bills to pay," she said "With that, it was something you said, 'you know what, I'm not going to touch it. It's for just my child.'"

While the $100 increase scheduled for this year will go ahead as part of a previous budget, the proposal to tie future increases to inflation would only be possible if the Liberals' budget passes next month. Sousa will table the next budget May 1.

"Increasing the Ontario Child Benefit and ensuring it keeps pace with inflation in Ontario is a vital part of our plan to help all children reach their full potential," said Minister of Children and Youth Services Teresa Piruzza, who held a news conference in Windsor on Tuesday.

"We value the hard work and dedication of early childhood educators and child care staff across Ontario," Sandals said in a media release. "This wage increase will help retain these valued caregivers, ensuring stable, high-quality licenced child care programs for our children."

There are approximately 42,000 program staff, including 17,000 registered early childhood educators, in Ontario that are eligible for the wage increase.