Leamington musician is collecting empties to pay for his next album

Justin Latam is trying to scrounge up more than $2000 by collecting people's empty beer bottles and cans by August to pay for his upcoming folk album.

A Leamington singer/songwriter is inventing a new way to pay for making music.

Justin Latam is trying to scrounge up more than $2000 by collecting people's empty beer bottles and cans by August to pay for his upcoming folk album.

"I thought it would be a neat way to fund the album," he said.

With towels spread across the back of his Dodge Journey, Latam has converted his family's van into a storage area to transport people's empties. He is driving across Windsor-Essex to pick up people's empty bottles and cans to exchange for cash.

"I've probably filled the back of the van with the seats down four or five times now."

Latam said he refuses to dip into the family's bank account to pay for his music. 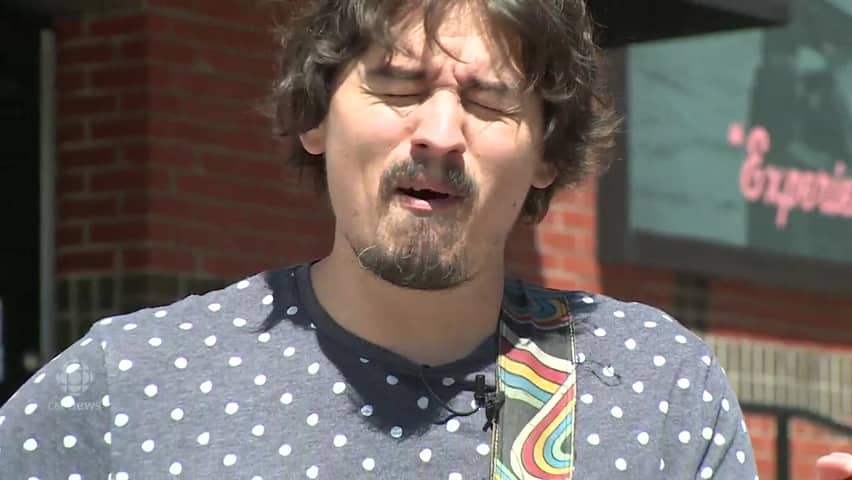 Musician collecting empties to pay for his album

1 year ago
1:20
Windsor musician and dad of 5 children, is collecting people's empties to pay for his upcoming album 1:20

"I am a proud family man, my wife and I we do have five children," he said.

"The reason I decided to fundraise in the first place was to not take money out of our household."

"People had me come into their homes, their backyards to play and we passed the hat," he said.

The sounds of the new record will be similar in style to his last EP, 'Six' - stripped down and acoustic based.

Jeff Burrows, the drummer of The Tea Party, admits putting out music has become more challenging in recent years. He said it's all about building the audience first.

"We didn't try to record anything until we had enough money and until we had at least, you know, two thousand fanbase that would buy the CD for — at the time — five to 10 dollars,"  he said.

"So for us, we went about it in a way that you know - lets make sure we have someone to sell to before we even do the record."

Burrows said if young singers like Latam want a solid fanbase they need to make the most of interactions with the public.

"You're not going to attract them through the internet, because those are very quick and very easy hits whereas if you communicate and you make that connection with someone in a live experience, they connect with you... you need that sort of human interaction I believe," said Burrows.

For Latam, he's building that audience one empty at a time. He said people are hearing about him through his fundraising efforts and it gives him an opportunity to talk with them when he picks up their empties.

"To start making those connections where there's no music involved so it's on a personal level."

People aren't only happy to help Latam, some are more practical, and happy to have someone haul their empties away.

"They look at their pile of empties and they're like ugh, not wanting to take them back because it can be a chore - so ya a lot of people are relieved."