Bearded community weighs in on wearing a mask with facial hair

Bearded mask-wearers are speaking out about the pros and cons of the face coverings, but agree that no matter the challenges they'd rather be safe than catch COVID-19.

With mandatory mask policies in place across the province, there's not many places beards can flow freely

Bearded mask-wearers in Windsor are speaking out about the pros and cons of the face coverings, but agree that no matter the challenges they'd rather be safe than catch COVID-19.

Under orders of the Windsor-Essex County Health Unit, mask-wearing is mandatory in commercial establishments across the region and the province, other than parts of Lambton County. On Tuesday, Windsor Mayor Drew Dilkens also issued an order, effective Aug. 19, that requires people to wear masks in all indoor public spaces such as community centres and common spaces of apartment buildings.

Those exempted from the mayor's and health unit's orders include small children and those with a medical or religious reason.

And while everyone is still adjusting to the new facial accessory, people with beards are experiencing a unique set of challenges.

"It's really annoying to try to get it to fit properly...so it's either hiding half of the beard and showing the under piece or it just doesn't fit around properly so I have to keep adjusting it," said Max Arvidsson, who's been growing his beard for four years.

Like helmet hair, Arvidsson said the half of his beard that fits inside the mask takes the shape of it, so that when he takes off the covering he has mask-hair.

Not only that, but he said he's constantly adjusting the mask and touching his face to do so.

Yet, despite the small challenges Arvidsson encounters, he said he'd "rather have a messy beard than no face mask."

And he'd rather have a beard than no beard at all.

But to make life a bit easier, he said he'd like to see larger masks being produced that fit around his entire beard. 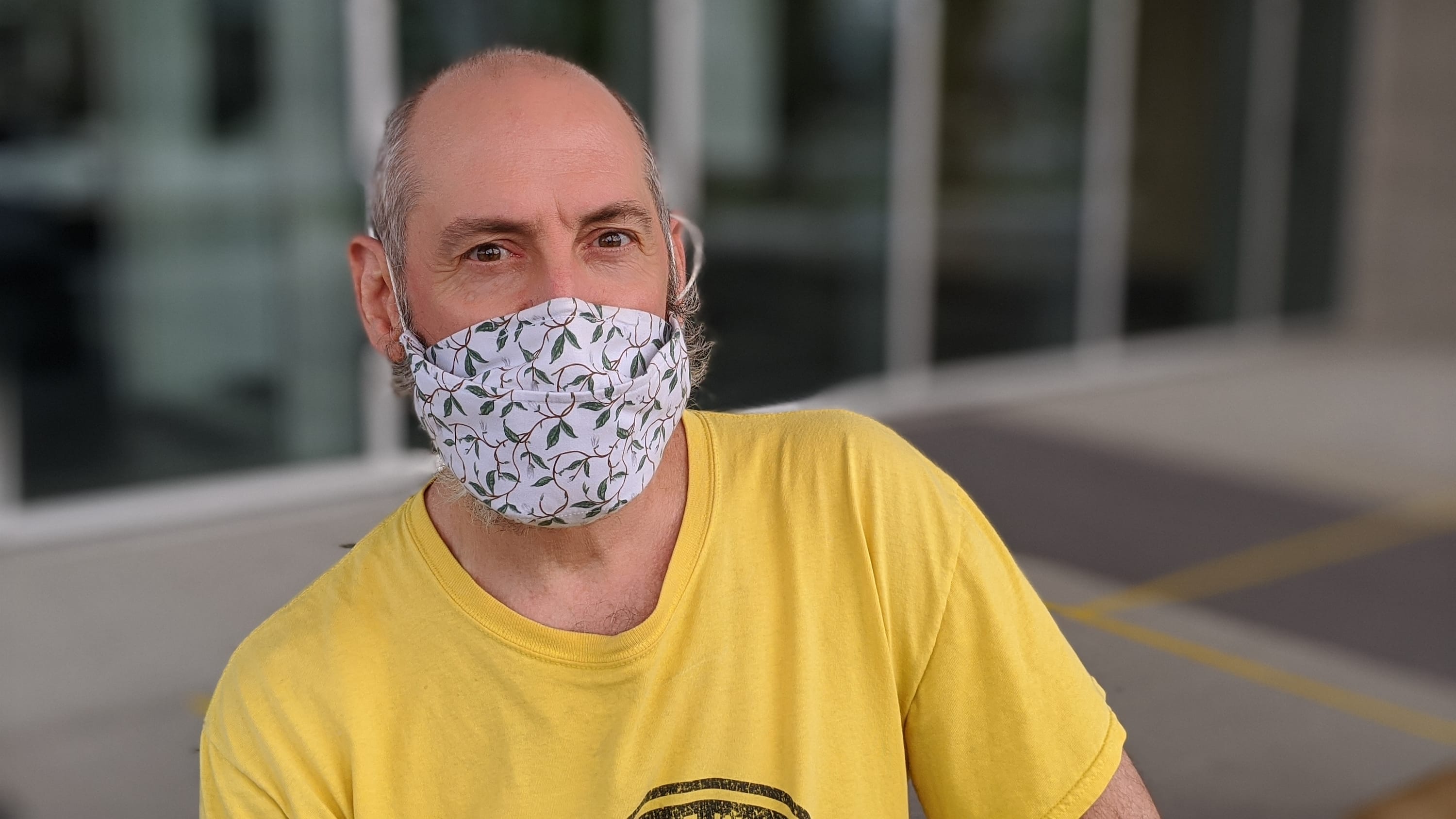 Bearded community weighs in on wearing a mask with facial hair

7 months ago
1:44
Max Arvidsson and Mark Lefebvre share their pros and cons of the face coverings. They both agree, however, that no matter the challenges, they'd rather be safe than catch COVID-19. 1:44

Retail worker and mall Santa Mark Lefebvre will spend the next few months growing his beard for the Christmas season, giving him months to find the right fit for his facial hair.

Unlike Arvidsson, Lefebvre thinks having a beard helps him wear a mask.

"The beard helps a little bit just to kind of hold on to [the mask] and if I need to tug it down it's from the bottom rather than touching all around the nose and face," he said.

But Lefebvre was wearing a cotton mask made by his wife, rather than a standard disposable one, which he said aren't "as roomy."

Lefebvre said his wife is looking into making a mask that hangs down longer like "a scarf...so it covers part of the neck as well."

He added that a mask designed in this way might be more helpful for men with really long facial hair.

For bearded-men or anyone else struggling to keep the mask on, Lefebvre's advice was to "try not to touch it, try to set it and forget it."

At the end of the day, the mask, he said, is a form of protection and is a way of looking out for each other.