Take a video tour of the Freshwater Restoration Ecology Centre in LaSalle.

A LaSalle ecology centre has been breeding endangered species of fish in an effort to repopulate the Great Lakes.

Trevor Pitcher, founding director of the Freshwater Restoration Ecology Centre, took CBC News on a tour of the restoration facility, which houses testing equipment to find out how fish will handle being sent back into the wild.

Any fish that leaves the facility will be equipped with an acoustic tag which weighs about 2 per cent of their body weight. This allows the ecology centre to keep track of the amount of restored fish in the water.

Fish are tested before being sent away

One type of fish housed in the ecology centre is the lake sturgeon. Pitcher said they have been around the Great Lakes "long before people were hanging out there."

Before being sent back into the Great Lakes, fish go through a current simulator which tests how they will handle the speed of real lake water — think of it as a treadmill for fish.

Once we feel confident that we're not going to cause undue harm to the fish, we put the tags inside the fish and release them into the water," said Pitcher.

Researchers with the ecology centre have partnered up with their counterparts in Ohio. On Saturday, some of the sturgeon will be released into the state's Maumee River — where they could grow to be six feet long and live up to 120 years.

WATCH: Go on a tour of the Freshwater Restoration Ecology Centre in LaSalle by tapping the player below. 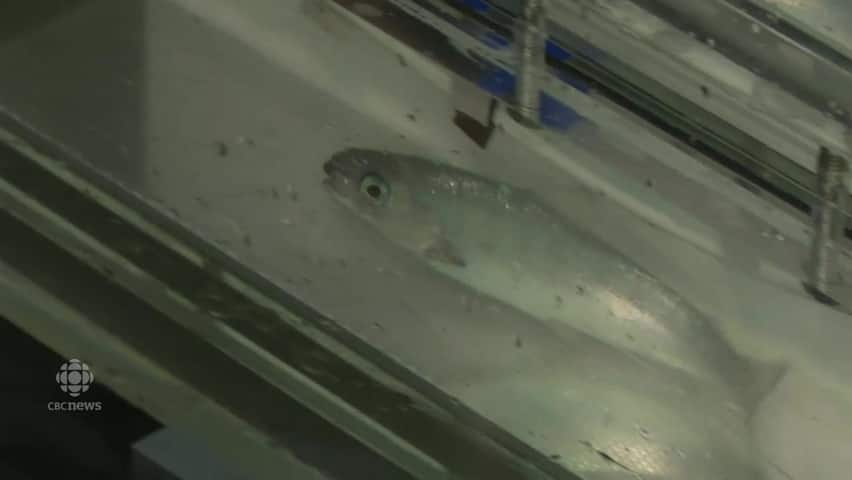 2 years ago
1:33
The Freshwater Restoration Ecology Centre's mission is to repopulate the Great Lakes with fish which are either endangered or on the verge of extinction. 1:33
CBC's Journalistic Standards and Practices|About CBC News