'He was my best friend in the city': Roommates grieve the loss of Iran plane crash victim

Moein Nedaei and Mohammadsaeid Parsamehr waited for the phone to ring from Pedram Jadidi that he had landed in Toronto — a call they never received.

Pedram Jadidi is being remembered for being kind, intelligent and close to his family 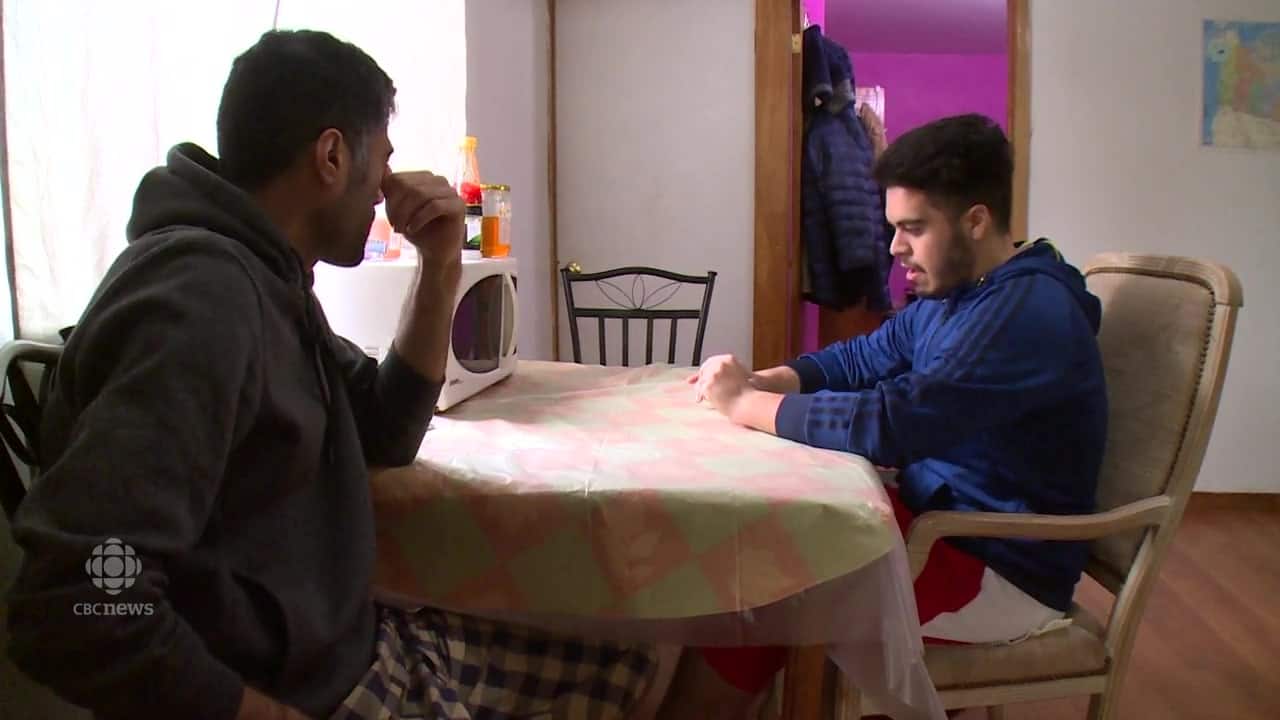 9 months ago
2:38
Moein Nedaei and Mohammadsaeid Parsamehr waited for the phone from Pedram Jadidi that he had landed in Toronto — a phone call they never received.  2:38

Moein Nedaei and Mohammadsaeid Parsamehr waited for the phone to ring from Pedram Jadidi that he had landed in Toronto — a call they never received.

The roommates are now grieving the loss of their friend who died in a plane crash in Iran on Wednesday.

They reminisce about the evenings they would all spend talking around the table in their living room. The two sat down once again at the table on Thursday, leaving Jadidi's designated seat empty.

"He was my best friend in the city," Parsamehr said. "He kindly helped us. Always."

They said Jadidi was very close to his family, particularly his mother, adding that his father had passed away.

Opening the door to Jadidi's locked room for the first time since his death was difficult.

"I'm trying to deal with this situation to not honestly remember because I'm crying," Nedaei said. "This is something we have to deal with."

The roommates say Jadidi was well-organized, disciplined, financially responsible, intelligent and punctual. He was also very close to his family and taught them good character.

Jadidi left his room neat and tidy with his bike parked inside.

"He always used the bicycle. There are a limited number of students in this university that use a bicycle. Most of them use their own car .. or [travel] by walking," Nedaei said, adding that Jadidi would park his bike close to him at school to ensure it would never be lost.

Parsamehr said he has "good memories" of Jadidi.

They flew to Iran together last month, but Jadidi decided to stay an additional week. Parsamehr said he was shocked when he first heard the news.

Parsamehr said when he first moved to Windsor looking for a room, he contacted Jadidi online who "kindly helped" him, adding that Jadidi spent an hour with him helping him map out the city and offering him "useful information."

"He was always on time and respectful about everything," Parsamehr said.

Nedaei said Jadidi planned on working in Windsor long term following the completion of his PhD in the engineering department.

The roommates will keep the door locked until they have to rent it out again for financial reasons.

With files from Amy Dodge