International Joint Commission outlines the damaging threats to the Great Lakes, such as chemicals, invasive species and algae blooms and recommends they be dealt with in a much more robust way.

Canadian and U.S. governments should be doing much more to protect the Great Lakes from chemicals, invasive species and algae blooms, according to the latest draft report from a group that monitors shared waters between the two countries.

The International Joint Commission outlines the damaging threats to the Great Lakes, such as chemicals, invasive species and algae blooms and recommends they be dealt with in a much more robust way.

Scientist Raj Bejankiwar, who works with the Commission, says there are plenty of new toxic chemicals, such as flame retardants, that need to be dealt with.

"We think the governments' progress on developing the strategy to avoid those chemicals from coming into the environment is pretty slow," he told CBC News.

Bejankiwar said the chemicals affect fish in the water and "if you're consuming a fish which is contaminated, obviously you'll be seriously impacted."

Algae blooms continue to plague the waters, particularly in Lake Erie, which is one of the biggest sources of drinking water for people in the region. If it gets contaminated, Bejankiwar said there's "potential for a health crisis."

The IJC draft report also highlights the dangers of invasive species, like phragmites, which covers wetlands and marshes. Petite Côte Conservation Area in LaSalle is covered with it.

Bejankiwar said phragmites secrete a toxin that won't allow other species to grow in the area.

"It destroys the habitat for fish, birds and other species. It can also catch fire in the summertime," he said.

Windsor environmentalist Derek Coronado supports the report, especially when it calls for action to filter out chemicals and toxins in the water, but said it does not address the issue of funding environmental initiatives.

"This fresh water body is unique on the planet," said Coronado, policy and research coordinator with the Citizens Environment Alliance. "It has to be treated as unique. The levels of funding have to match that. Neither government is ramping up efforts to focus on those issues."

The First Triennial Assessment of Progress on Great Lakes Water Quality draft report is open to public comment until April 15. Once scientists gather responses from the public, they'll tailor the report before submitting it to both U.S. and Canadian governments later in 2017. 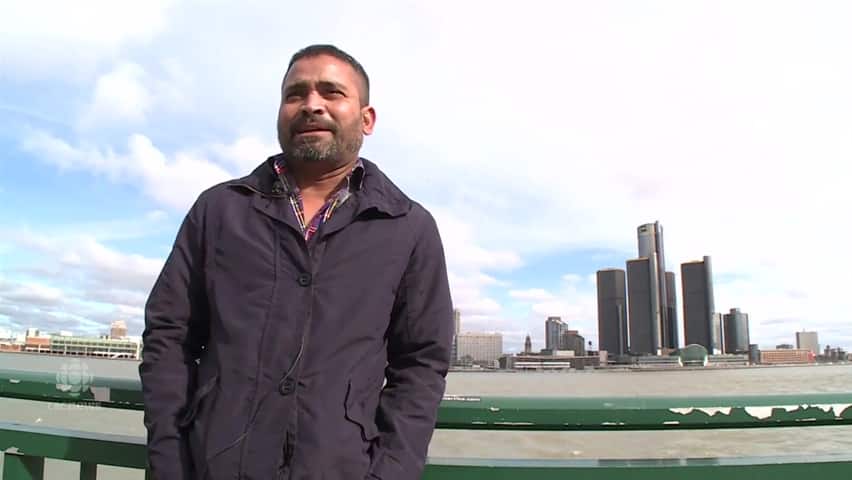