83-year-old LaSalle cyclist shows no signs of slowing down

Gordon Way bikes about 250 km each week. The 83-year-old said it's a lifestyle he's adopted since he was a young boy.

When Gordon Way first started biking, his goal was to see a greener part of his city.

"After the second world war, there wasn't too much to do in the London [U.K.] area where I lived at the time," he said. "So every weekend we'd get a little pop-tent, groundsheet, take off on a bike into the country because [there's] nothing to do around bombed-out buildings."

Now, the 83-year-old LaSalle, Ont. resident has not dropped his cycling habit which he calls "a lifestyle."

About twice a week, Way bikes to and from work. He also cycles with a group on the weekends. All together, he adds up about 250 km on his bicycle each week. 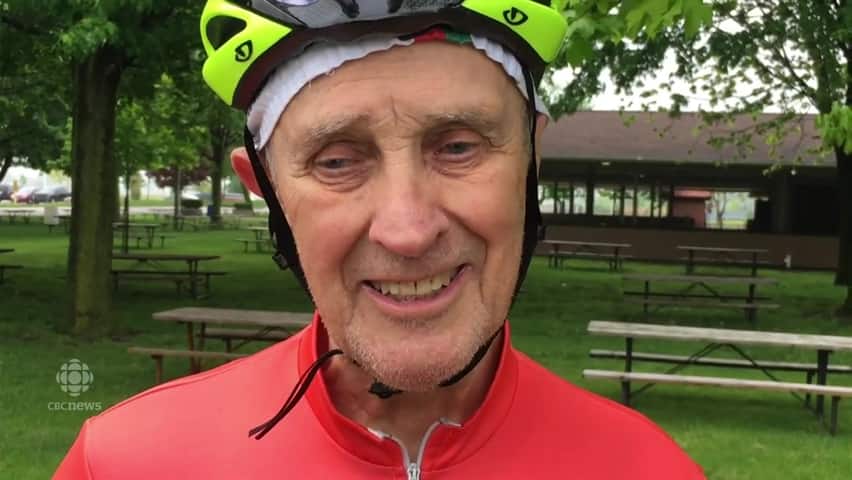 3 years agoVideo
1:13
Gordon Way has been an avid cyclist for nearly seven decades. 1:13

"It's just something I love to do," he said. "It makes my day complete — I ride to work and I feel ready to sit down and do something more mental."

Way works as an engineering consultant in Tecumseh. He said he has no plans to retire from his job or from cycling.

"If I'm off work for long periods, I find myself looking for something to do — I don't like having nothing to do," he said. "I'm mixing with younger people, I think it's a good mix."

Way has been an avid cyclist for nearly seven decades and said his secret is to make it fun.

"If you're going to look at it as a workout and 'I need to work out today,' I think it could be short lived," he said. "Its part of a lifestyle and if you continue to do it, one day you're old and you're still doing it."

Way hopes to keep riding as long as his bike is in good shape.