The city announced it is taking expressions of interest on two city owned properties.

The City of Windsor is requesting expressions of interest for the former Grace Hospital site and the former Windsor Arena.

Both properties had been tied to potential development.

In 2015 it was announced the former Grace Hospital site was going to be an urgent care facility, but that plan has changed.

David Musyj, president and CEO of Windsor Regional Hospital, said it was always a consideration that the University and Crawford Avenue site would be put back on the market.

"It's a very active real estate market right now," said Musyj. "If Grace is not the permanent solution, we'll look somewhere else downtown, or possibly continue to have it at Ouellette."

While the Grace site is back on the market, it doesn't rule out the acute care hospital opening there, according to Musyj. He emphasizes that there will be a satellite emergency department in the city's downtown.

As for Hôtel-Dieu Grace Healthcare's plans to put outpatient mental health and chronic disease management services at the Ouellette campus as part of the overarching mega-hospital plan, a spokesperson said that still stands at this point in time.

'We don't want to lose any opportunities'

The other property on sale, former Windsor Arena at Wyandotte and Glengarry Avenues, was supposed to be the new location for Central Catholic high school, but the school board changed its mind.

"The site was too small and some of the things we would've had to overcome would have delayed the build of the new Catholic Central by about five years," said Terry Lyons, director of education with the Windsor Essex Catholic District School Board.

Mayor Drew Dilkens said the city has experienced incredible development in the past several years.

"We don't want to lose any opportunities," said Dilkens.

Interested parties will have three months to submit an expression of interest to the city. They will have to detail what they would do with the properties. Documents will be made available in May.

On the top floor of Water World, Mehari Hagos runs MH-100, a program for at-risk youth in the city. It functions as a community centre, where kids can come in to get help with homework, have a place to hang out and exercise. 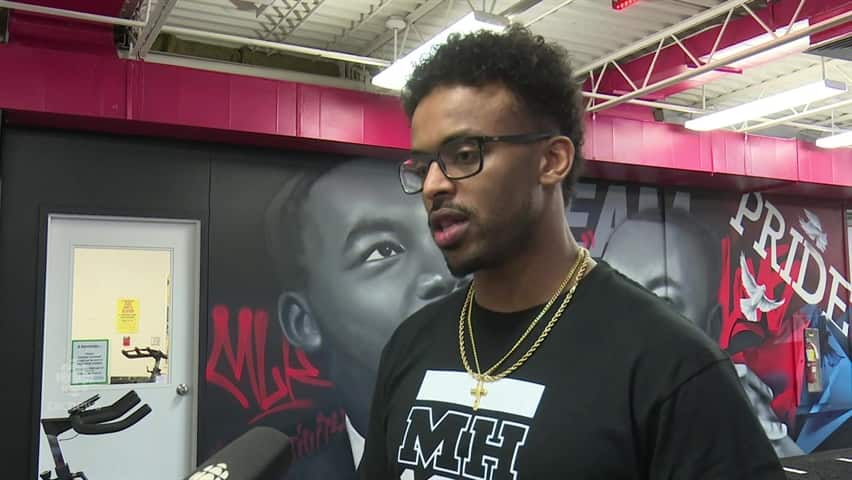 2 years ago
0:21
Mehari Hagos of MH100 Teen Bootcamp, a free program for at-risk youth in Water World, says the mayor should reconsider the possibility of selling the community centre. 0:21

He said if the program has to be shut down because of any changes with the land, it would have a negative impact for the youth who might be otherwise tied up in criminal activities in the neighbourhood.

"We do everything from helping them with school, helping them getting jobs and just making sure they don't go to jail, plain and simple," said Hagos.

Dilkens said he is open to any potential deal. He said if investors wanted to work in partnership with the city, he would consider it.

Buyers would also be able to either keep the arena and Water World buildings, or demolish them.

With files from Tahmina Aziz and Amy Dodge