The environmental cost of smoking pot

Cannabis was legalized a year ago, and while growing operations span across the country, CBC's Amy Dodge takes a look at the environmental footprint it's leaving behind. 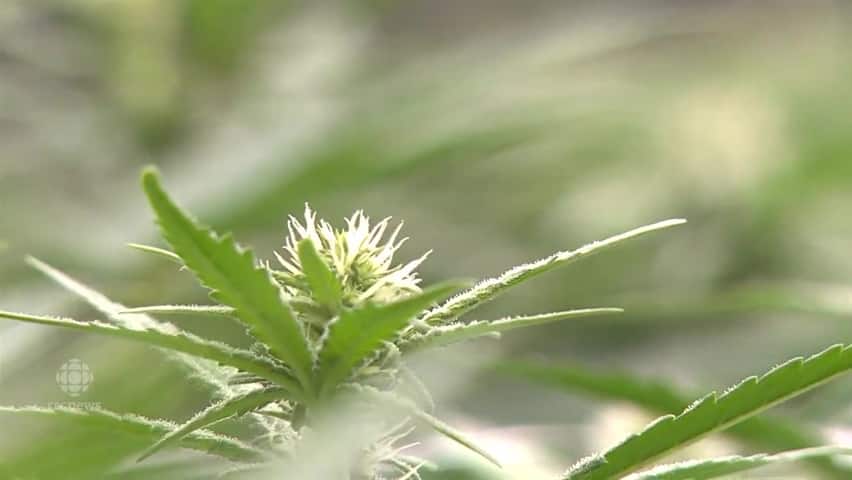 The cost of smoking pot

1 year ago
2:54
CBC's Amy Dodge investigated what footprint companies in the cannabis industry are leaving behind. 2:54

As cannabis users consume the drug in different forms across the country, the effect on the environment remains unclear. Canada legalized recreational marijuana Oct. 17, 2018. Almost immediately, operations started up across the nation.

In Essex County, Ont., new greenhouses sprawl across agricultural land that was once famously known for growing tomatoes and making ketchup.

"I mean every direction you look ... It doesn't matter where you look, you're seeing greenhouses of different stages of evolution in terms of construction or some of the established facilities are here," said Rupp Carriveau, director of the Environmental Energy Institute.

"There's about 75 acres [of cannabis] that are going in right now," said Carriveau.

While the financial savings are tangible for the company, the reduced footprint could have a lasting impact on the environment, said Jeremy Buitenhuis, chief operating officer for AgMedica.

Here's how it breaks down when we look at their footprint:

"Compared to going out on a one-level basis, we can actually do four levels. We have about a quarter of the footprint," said Buitenhuis.

"We've seen stacking, but what we typically see is two levels. This is now three — they're going to four now, possibly more," said Cohen. "So they're really maximizing and going straight up as opposed to going out."

AgMedica chose LED lighting for all of its indoor growing.

The version used in the Chatham facility is tailor-made for the company by Fluence.

"These lights that are here are special lights that are manufactured just for a situation like this — for a stacking grow. The lights are very close to the plants and it allows them to maximize their growth and the yield," said Cohen.

AgMedica said it would require four times more HPS lights than LED lights to achieve the same brightness and spectrum in these vertical grow rooms.

"So it's a quarter of the usage which is a huge savings. [It's] obviously very interesting from the cost savings, but also from the sustainability," said Buitenhuis.

AgMedica claims they've cut their electricity consumption by about 75 per cent and run the lights at night when the hydro grid is more forgiving. In Ontario it's cheaper to use electricity during off-peak hours.

Solar as an option

Buitenhuis said AgMedica is looking at the possibility of installing solar panels.

"We have done drawings for this facility to put solar panels on the roof. We are in negotiations with some different ideas from some different providers."

"Solar PV panels people see on people's houses, but even even older solar thermal technology, is something that's important because you can sort of reduce the dependency on gas heating," said Carriveau.

"Again you're not going to replace it. Gas is such an important part of the greenhouse industry and cannabis industry ... but you can do significant and strategic offsets with solar."

One plant uses one litre of water each day — similar to any vegetable greenhouse plant. AgMedica said water consumption is high, but it's trying to reduce that amount.

"We recycle all of our water, so the water is made at the back of the building and mixing tanks. It's all computerized. The plant receives the exact amount of water that it needs for the day," said Buitenhuis, adding that there's usually about 10 per cent left over.

"We have a system underground where it captures all that water. It goes back to the irrigation system. We ozonate the water to clean up any impurities that may be in there and we reuse it again."

AgMedica transports its finished products by freight plane to Manitoba, Saskatchewan, Alberta, B.C. and the Northwest Territories. In Ontario, it ships cannabis via transport trucks and Canada Post shipping. This transport emits carbon emissions daily, in addition to the packaging requirements.

"We've already seen some changes over the last six months where we're only shipping the jars instead of a jar inside of a box," said Buitenhuis. "We anticipate the jars will be a little bit smaller over time."

Composting is one more area where cannabis growing can look to improve, said Mike Dixon, an cannabis industry expert at the University of Guelph. Dixon spoke to the Senate last year and had to convice decision-makers to stop calling cannabis a toxic plant.

"I had to lecture them a little bit ... it's just a plant. And when you compost it, the temperatures that the composting heap rises to will denature any of the cannibinoid compounds within days. Cannabis has a lot of different applications," said Dixon.