"I have seen a lot of broken hearts," said Maggie Chen, a Broker of Record at LC Platinum Realty in Windsor.

Meanwhile, overall supply for August was at a record low. According to the CREA, there were 922 active residential listings for Windsor-Essex at the end of August — a decline of 30.1 per cent from August of last year.

Chen says the market is extremely hot right now, adding that if she had to rate it from one to 10, she'd give it a 100.

"For the first-time home buyers, this is a very challenging market for them. Anything under $500,000 — it's becoming a war."

'It's out of control'

It's a war that first-time home buyer Rachael Manning and her partner experienced first hand when they started looking for a home back in February, with the goal of landing a home under $300,000.

"We saw so many houses and the hope kind of deteriorated when we started to lose, and lose and lose — and we bid on one, and we lost it by over $100,000," Manning said.

Manning's sales representative Franca Pheby with LC Platinum says in her experience, she's seen up to 23 offers on a single property. The most surprising bidding war she ever witnessed was when a bungalow-style house in Windsor, listed at $199,000, sold at $150,000 over the asking price.

"I was shocked because especially that particular house that I'm thinking of, no way would I think that it would go that high over," Pheby said.

After a handful of her own bidding wars and losses, 26-year-old Manning was ready to give up.

Eventually, Pheby connected Manning and her partner to a seller, and they were able to negotiate a price that worked for both parties without entering a bidding war. It was a creative approach which worked, with the couple officially becoming owners in June.

"The moment we got that house, every single nerve just kind of flew away and it was just happiness," Manning said. 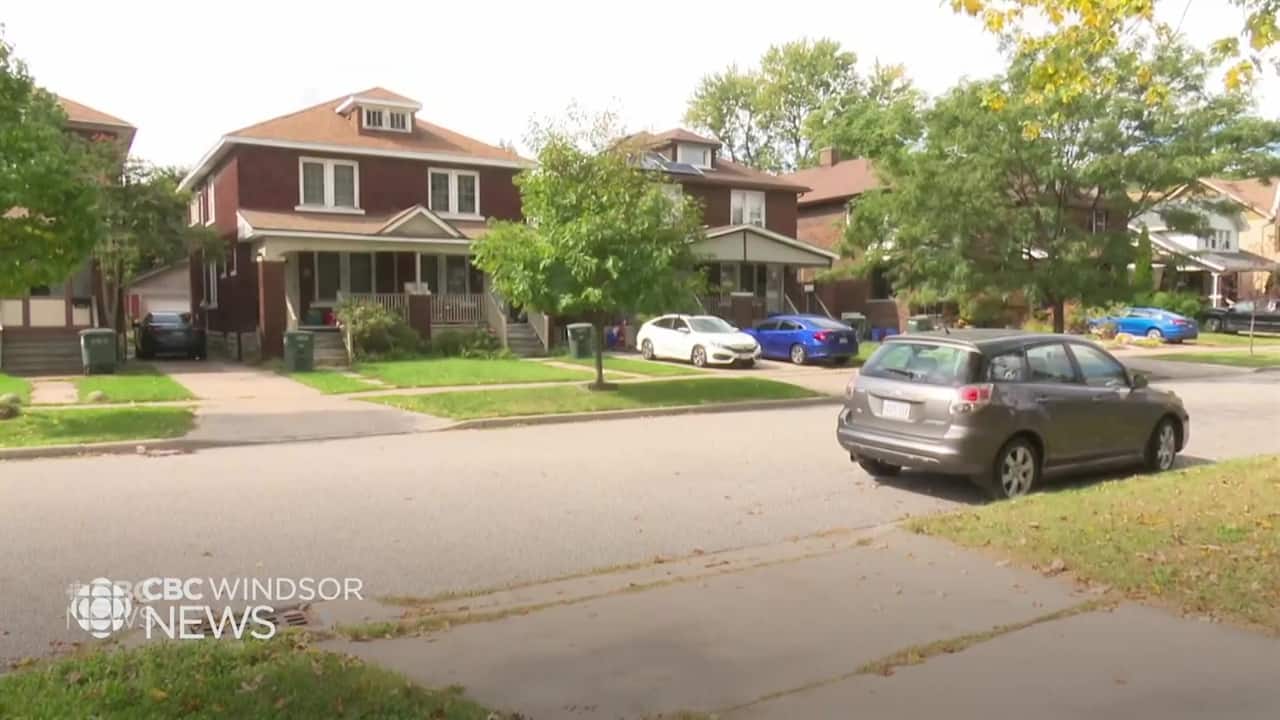 2 months agoVideo
2:40
CBC's Katerina Georgieva reports that it's been a tough time with a lot of broken hearts for first-time home buyers 2:40

Pheby said Manning is one of several first-time home buyers she's been working with, so she knows it's not easy, but it's not impossible.

"I always tell them, don't give up. There's always a home for you," Pheby said.

Brianna Balzer and her fiancé Jacob Prodan started looking for their first home back in March, just as the pandemic hit.

"There was a lot of uncertainty, uncertainty in general and like with jobs and not knowing where things were going," Balzer said.

All that was made more challenging by the tough market and numerous bidding wars.

"The first time we lost the house was one I really wanted and [my fiancée] was willing to compromise with me. And when we first lost it, I was upset," Prodan said.

"I really liked the house. I liked everything about it. And not getting it was a little disheartening ... It made me kind of want to just go, why don't we stop looking for a while?"

But they persisted, and increased their price target in the hopes of getting a home that they felt better matched the price it sold for. They started looking at homes at the far end of their range, closer to $500,000.

"It was hard to make that leap, but we felt we had to, based on the way things were going," Prodan said.

It paid off, because they eventually landed a South Windsor home in July. They said they were the only ones to make an offer on the house — and they got it for the asking price, which they know is a rare feat.

"It made me happy that we got one when we got one, because watching the last few months ... it's been ridiculous watching those prices go so high," Prodan added.

Lorraine Clark, the president of the Windsor-Essex County Association of Realtors, says the market is busier now than it was before the pandemic hit, and it's especially challenging for first-time home buyers, with many homes selling for $60,000 to $100,000 over asking.

"Bidding wars are really bad right now," Clark said, adding that it's not just coming from out-of-town buyers. She explained that a lot of local buyers are getting fed up after multiple bidding war losses, that they're choosing to pay top dollar as well.

Clark recommends that first-time home seekers take advantage of a handful of programs intended to help them enter the housing market, including the Home Buyers Plan, which allows a person to withdraw up to $35,000 from their RRSP to go toward a loan to build or to buy their first home.

She added, first-time home buyers might need to lower their expectations, bring up their price points, and might consider getting a co-signer on a lease for a year or two, especially because there are no signs the market is slowing down any time soon.

"We're just so short on properties and so many people looking for houses," Clark said.

But Manning encourages those struggling to buy their first home in Windsor to hang in there, and not give up.

"You will get disappointed and you will get knocked down. And you might have to dye your hair seven different colours, but it'll be so worth it when you get it."